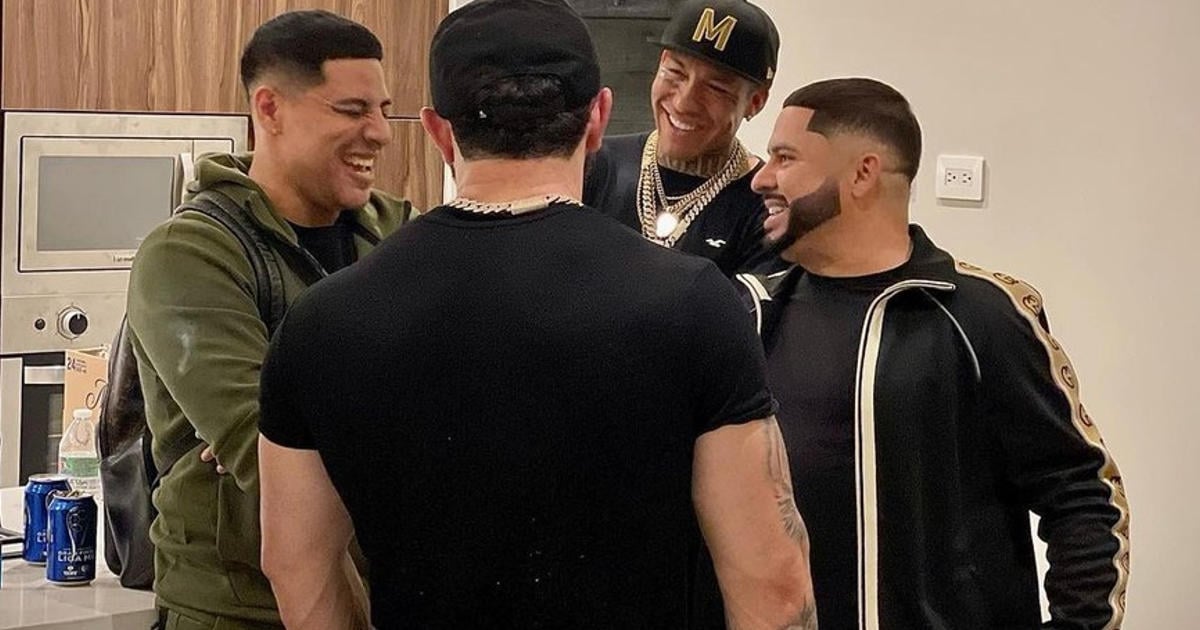 Eduin Caz was celebrating with Lefty Sm and Larry Hernandez, all for a great reason, Beto Sierra, will they make a song together?

However, he did not specify what they were doing together, and although it could be deduced that they were collaborating, a stronger motive led them to this meeting and surely a drunken binge.

Eduin Caz, Beto Sierra, Lefty Sm, and Larry Hernández together in a song?

Since Eduin Caz, 28 years old, stepped on the Zócalo of the CDMX and is known to rub shoulders with big stars like El Canelo, he has proved that nothing stops him.

Now, thanks to a post by rapper Lefty Sm, it was learned that he met with the singer of Grupo Firme, Beto Sierra, and Larry Hernandez, but what’s the reason?

Yesterday, on November 9, Beto Sierra, 26 years old, got married in Los Mochis, Sinaloa, so these artists were his luxury guests.

However, since November 8, 45-year-old Larry Hernandez and Lefty Sm have been accompanying Beto Sierra before his wedding.

So this would have been the main reason that led the musicians to meet; their great friendship with Beto Sierra and to toast honoring their marriage.

Let’s remember that the last few months have been of collaboration between different musical genres, so it is not uncommon to see rappers with regional Mexican singers.

In the middle of Beto Sierra’s wedding, 31-year-old MC Davo also appeared, and of course, Eduin Caz and the rest of the guests were also present on stage.

And everything seems to indicate that the four formed a great friendship, as Beto Sierra and Eduin Caz immediately commented on the photo that the rapper shared.

Will Eduin Caz release another song with Beto Sierra?

Although it would be a treat to see Eduin Caz, Beto Sierra, Lefty Sm, and Larry Hernandez in collaboration, it doesn’t look like it will happen anytime soon.

Even the mere fact of an Eduin Caz and Beto Sierra collaboration excites; however, let’s remember that this one already happened seven months ago.

But it was not only Eduin Caz, but Grupo Firme in full, Beto Sierra, and MC Davo with “Así es la Vida” that today has 13 million views.

Instead, Lefty Sm will join his voice to Beto Sierra with “Callao,” a song about to be released with the official video.

It is even known that Lefty Sm was with Beto Sierra the day before his wedding shooting the video, where Larry Hernandez visited them, Eduin Caz being the only one absent.