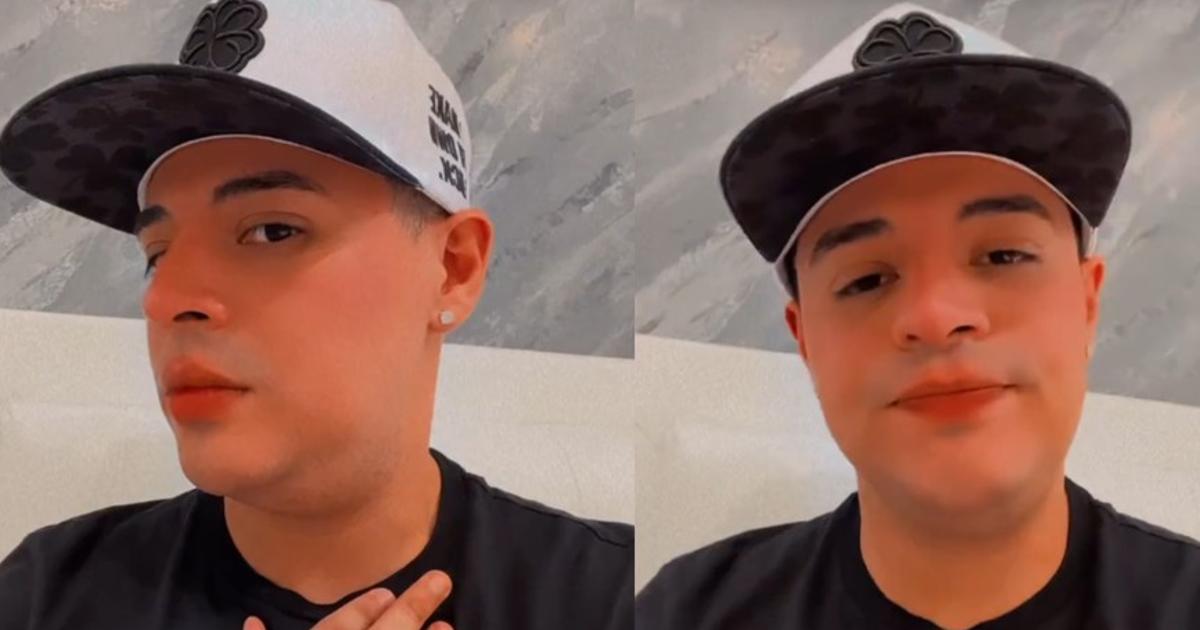 This is not right, Eduin Caz shared on Instagram a strange ball placed on the side of his throat, the lump has such an appearance and description that it could not be fat.

On some occasions he has spoken of affectations that singers have in the throat , appearing some damage due to overwork, but how about a huge ball?

Eduin Caz , the 28-year-old vocalist of Grupo Firme, not only showed the ball in his throat, but also showed a lot of concern and boy did he notice it with his expression.

It even seems that some of his fans made fun of him and told him “it’s a double chin”, because he immediately responded by warning that it was not about this accumulation of fat.

Eduin Caz , the singer of Grupo Firme, does not have good news about his health, since he showed a ball that was found in his throat and ruled out that it was a double chin.

Through two Instagram stories, the singer was very concerned when a huge ball was detected in the throat on the right side.

He even put “what a fart” in both stories, showing that the ball only appears on one side of his neck.

After the first sample of the bump, Eduin Caz said “well no, it’s not a double chin”, to later squeeze it a little and say “it’s a ball that hurts my ass.”

The comment that the singer said about his ball that “it’s not a double chin” would rule out that it was due to fat, and could be an inflamed lymph node.

And it is that his face of concern and the fact that he has shared it on social networks without saying anything else, has left all his fans with the concern of the new evil that afflicts him.

Eduin Caz: His ball in the throat appeared from one day to the next

Eduin Caz was alerted when he showed a huge lump located in his throat, because he even said “it hurts my ass”, but the day before he had no sign of the lump.

Before Eduin Caz shared the new illness that afflicts him, he went to Las Vegas, where he accompanied the 33-year-old singer El Yaki to a concert he gave.

From what can be seen, it was only Eduin Caz -if Grupo Firme- who was with his compadre singing and drinking tequila.

Likewise, it is assumed that the vocalist is far from his family, because yesterday his wife Daisy Anahy was shown making tuna-stuffed peppers and then curling her “new hair.”

This is just an hour before Eduin Caz uploaded the video where he shows the ball of his throat, even where he is seen alone and without noise around.

So far it is not very clear what is happening to Eduin Caz in the throat that left a large lump.