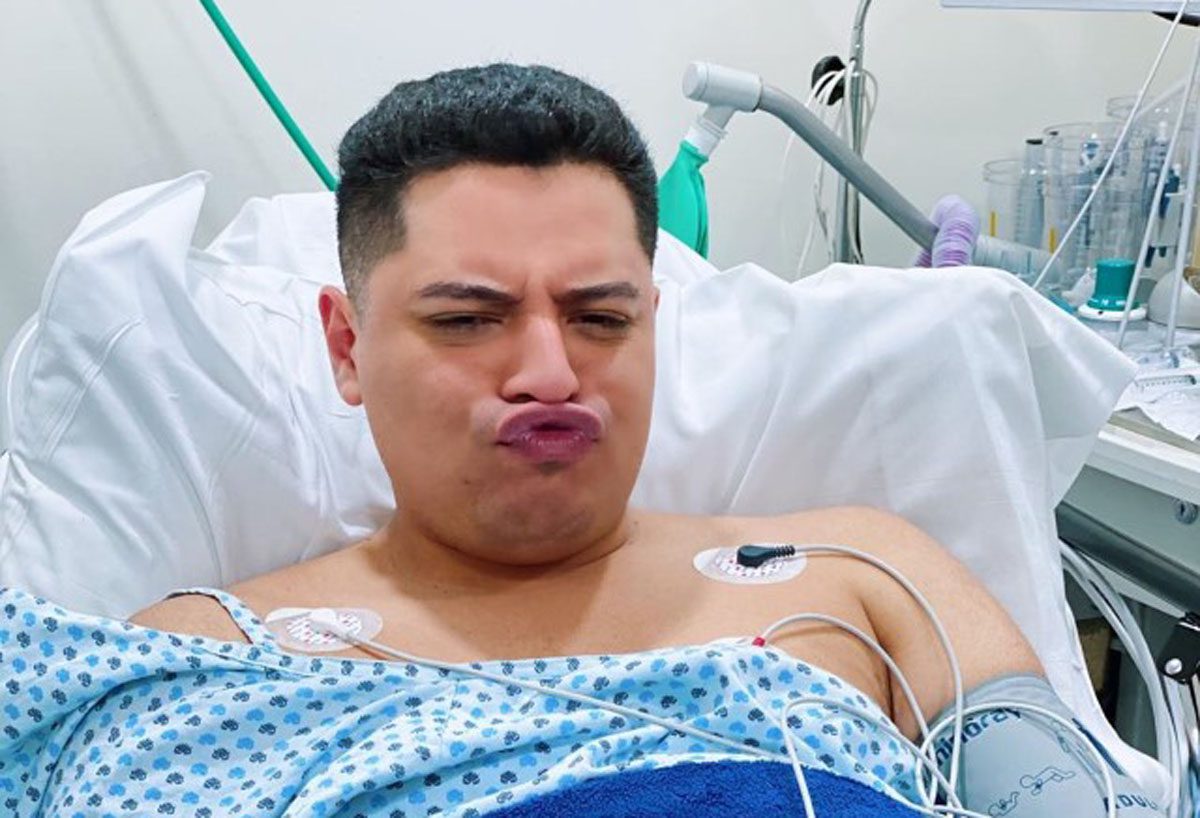 According to the statement, Eduin was not infected with Covid-19, as had been speculated at first and the reason for his hospitalization was that he went to the hospital to undergo a laryngeal stroboscopy in order to check his vocal cords.

Unfortunately, on medical recommendation, they did a gastric endoscopy to rule out injury, which was performed on the night of December 28, an image that became viral on social networks, and specialists found a hiatal hernia, with changes in the mucosa of the esophagus.

This is also called stomach hernia. According to MayoClinic:

A small hiatal hernia usually doesn’t cause problems. You may never know you have one unless your doctor discovers it when checking for another condition.

The interpreter of “Ya Supérame” is already at home resting and taking treatment, so in the next few days it will be reported when he will join the group to continue with his presentations.