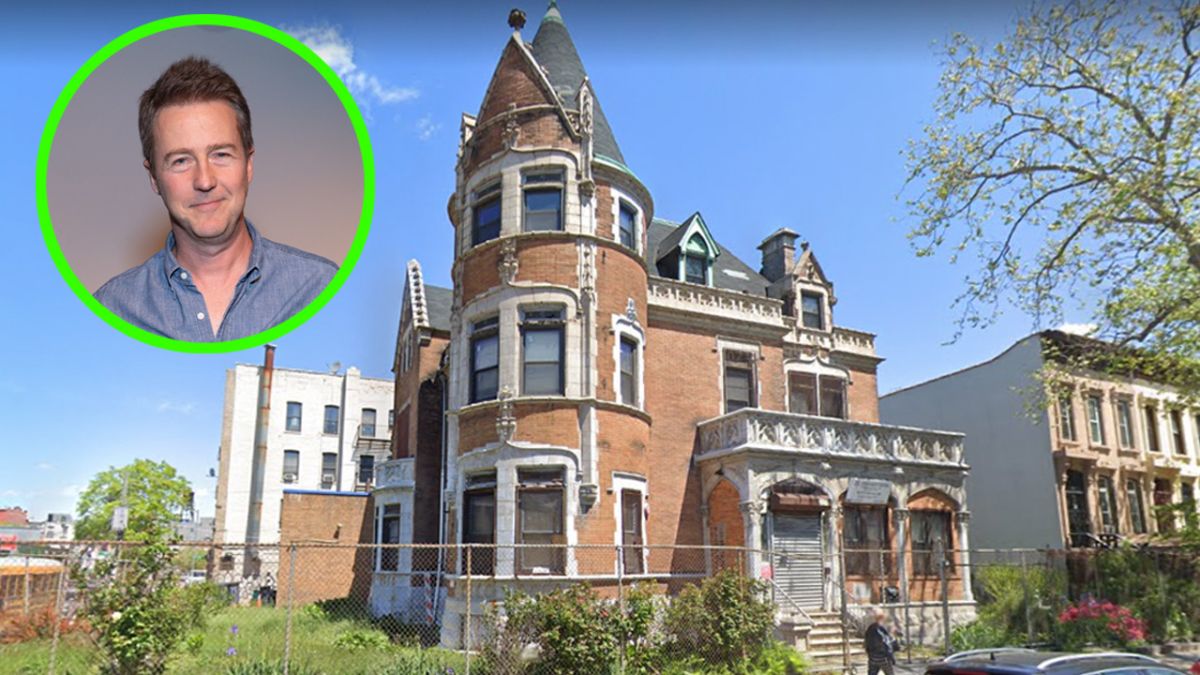 The actor Edward Norton52, joined in recent days the voices that spoke out against the demolition of a historic mansion located in New York.

Through a letter, the protagonist of ‘Hulk’ came out in defense of the house marked with the number 441 Willogony Avenuewhich is not only special to him because of its historical significance and what it represents for the important road, but also because it appeared in ‘Motherless Brooklyn’, his last film.

“I believe that this house, which has served a changing but significant purpose for over a century, absolutely must be seen not only as a spiritual and aesthetic connection to the past, but as an important asset of the city,” reads a statement. fragment of the text written by the husband of Shauna Robertson.

The property, which is known as the Jacob Dangler Househas 120 years of history and since 1954 it belonged to The Grand Chapter, but the crisis caused by COVID-19 and the cancellation of social events led its then owners to dispose of it, since they no longer had the resources to deal with their millionaire debts.

“With our financial situation and our growing debt, our only recourse was to sell the property,” Celeste Jefferson declared at the time.

After the sale of the century-old home, the new investors launched their plans for demolition and construction of luxury apartmentsbut his project is currently stopped due to the rejection of the community and due to the timely reaction of the Landmarks Preservation Commissionwhich decided to put its historical value to a vote, so we will have to be attentive to what happens in the coming weeks.

In the event that the sale falls through for this reason, Celeste Jefferson fears that the historic house will become a kind of ‘gray elephant’, since they no longer have the financial resources to maintain and restore it, although there is also the possibility of that various organizations unite and help them get out of their complex economic situation well.

After an investigation against him, this is the apartment that Peña Nieto put up for sale in Madrid
Meet the Beverly Hills mansion for which Sofía Vergara and Joe Manganiello ask for a millionaire figure
Gregorio Pernía, ‘El Titi’ from ‘Sin Senos No Hay Paraíso’, shows his simple house in Colombia
Tired of high taxes, Ozzy Osbourne gets rid of his California mansion