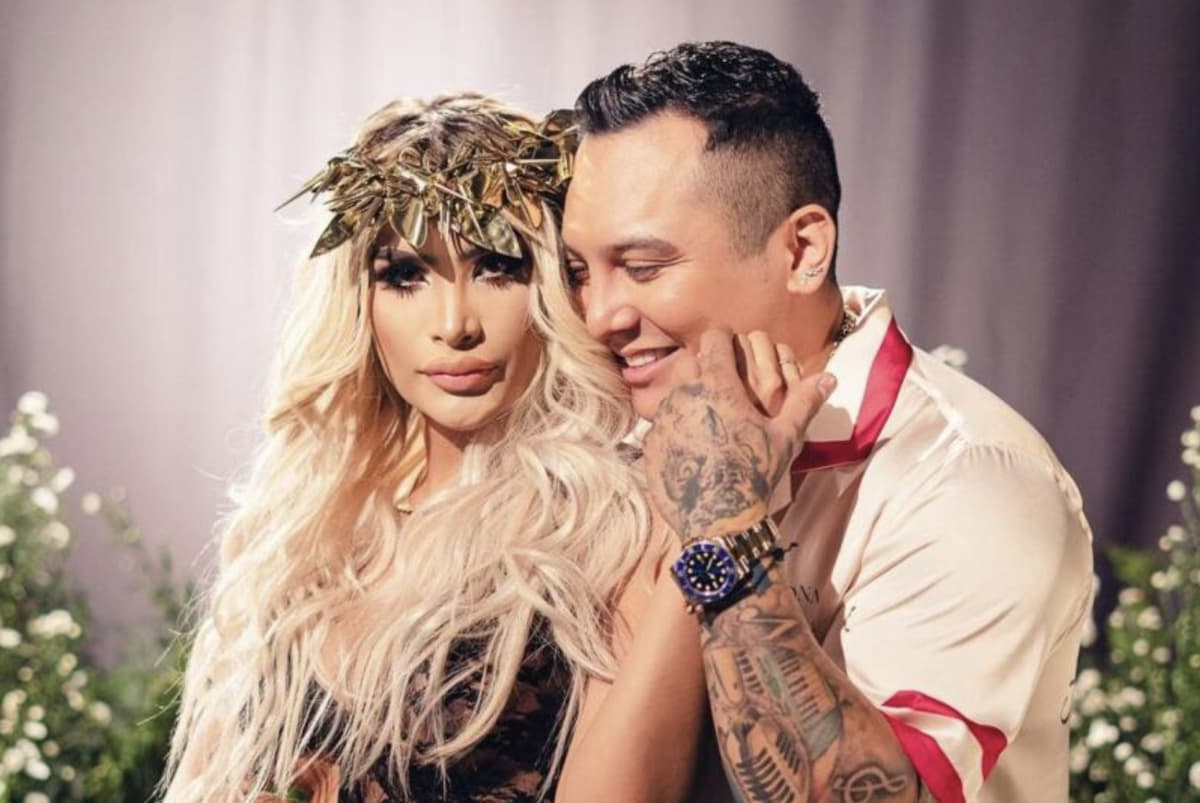 Edwin Luna and La Trakalosa de Monterey turned their new song “El 30 de Febrero” into a huge hit and now the vocalist revealed how he met Jaylin Castellanos and why he decided that the trans model would be the one to star in the music video. The vocalist proved once again that they have every intention of putting an end to toxic stereotypes within regional Mexican music.

During an interview for a magazine show on Imagen Television, the singer of “Borracho de Amor” explained that he met the model through a series of interviews with his wife, Kimberly Flores, and how he found out about her story.

He learned that Jaylin had been hired by a regional Mexican artist, who liked the way she looked on her social networks. However, when he discovered she was a trans model, he decided to mistreat her.

Why did Edwin Luna choose a trans model?

“I did it because my wife did a series of interviews for her networks, and there she commented that a regional artist had hired her because of how beautiful she looked on his networks, and when he saw that she was a trans model, he physically and verbally assaulted her, I did not know who it was, I did not agree with this,” explained Edwin Luna.

“At that moment, I talked to her and told her: ‘would you like to be in a video of La Trakalosa’ because I think that all the people of the community also pay for a ticket to go see us, they also live with us and also deserve respect; and she accepted,” he added about the creation and production of “El 30 de Febrero.”

What Jaylin Castellanos said about her experience

When the song was released, Jaylin Castellanos talked about what it was like working with Edwin Luna and La Trakalasa de Monterrey on the video for “El 30 de Febrero”, which already has over 6 million plays.

“A pleasure to work with Edwin Luna and La Trakalosa de Monterrey. I am delighted to be part of this new song. ‘El 30 de Febrero’ is a step ahead to the new generations and gives it more visibility,” said the model.