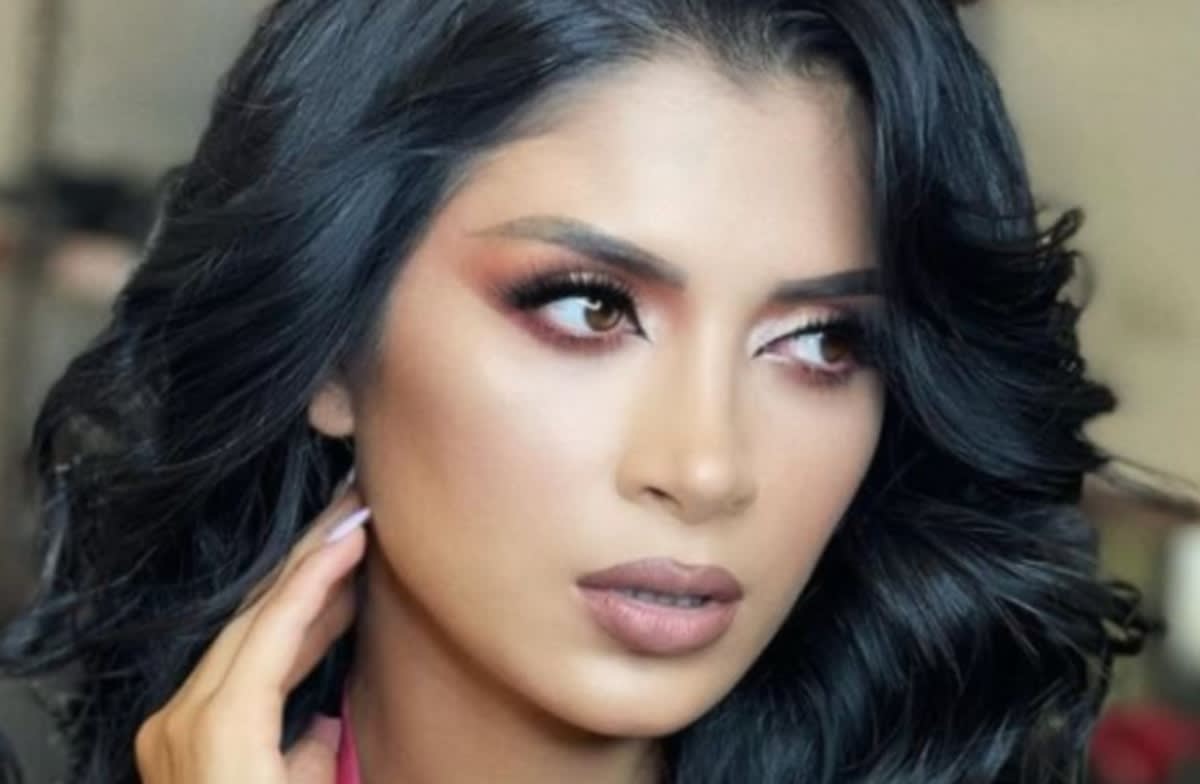 “When you get home you will run away”: After several days of the hasty departure of Kimberly Flores from La Casa de los Famosos, the real reason why the singer of The Trakalosa, Edwin Luna took the Guatemalan out of reality, was it because of his jealousy or for stronger and more familiar reasons?

Things got quite complicated in the marriage of Edwin Luna and Kimberly Flores, and since the model entered the reality show La Casa de los Famosos, a lot began to speculate about an alleged infidelity on the part of the Guatemalan with the actor Roberto Romano, despite that, Edwin was not willing to take his wife out, but there was another reason involved that caused the musician to have no other option.

It was last September 10 when the hasty departure of Kimberly Flores from the reality show La Casa de Los Famosos was announced, and it is that, despite the fact that at that time it had only been said that she had left due to personal situations, that was not He prevented people, and even his colleagues themselves, from beginning to wonder what had happened and if Roberto Romano had something to do with this hasty request by Edwin Luna to get his wife out of there:

“I want to notify you that due to a personal situation, Kimberly has left The House of the Famous. I want to clarify that it is nothing that has no solution, they are situations that she needs to resolve. I will give you more information later, thank you very much and good evening. “Was heard at that moment after the Guatemalan woman left.

It was for his children; The reason why Edwin Luna removed Kimberly Flores from La Casa de los Famosos is revealed

After this, a lot began to speculate what had happened and if everything was fine in the family of Edwin Luna and Kimberly Flores, questions that were not resolved until several days later, where the contest finally revealed why Edwin had gone for their wife to La Casa de los Famosos, having an extremely important reason, her children.

Through the Instagram account of @ chicapicosa2, a video was revealed where we can see the weighty reason that the singer of The Trakalosa de Monterrey to remove the Guatemalan model from the contest, reasons that incidentally had a strong impact on the followers of the contest.

“Are you willing to accept her decision ?; The reason why Edwin Luna removed Kimberly Flores from La Casa de los Famosos is revealed

At the beginning of the video, which was shared on September 13, it is possible to observe the singer Edwin Luna sitting and somewhat desperate, while he answered the questions of Héctor Sandarti, one of the main voices of the reality show La Casa de los Famosos, he did: “Are you willing to accept the decision she makes about whether or not to stay in La Casa de los Famosos”.

To which the Mexican musician answers for sure: “I am her husband, and I married her to support her until life and death, like the tattoo that we both have, through thick and thin, and the decision that she take, I have to abide (respect / endure) as I have been doing until today ”.

“When she came to Casa de los Famosos, the last thing she said to me was ‘please take care of my children’ and when one feels the need that you are not complying for any reason, she has to know,” answers Edwin Luna, after revealing the main reason why he was there at the time.

Edwin Luna in The House of the Famous

After this brief questioning, inside La Casa de los Famosos it is possible to observe how Kimberly Flores was called to the confessional, it was there that the producers of the program revealed to the Guatemalan model that her husband, Edwin Luna, was in the reality show waiting for her:

“Kimberly, we have the commitment to notify you of any important situation that happens outside the house”, the recording began, this caused a certain confusion in the Guatemalan. “I want to let you know that Edwin has come and is waiting for you to talk with you about an issue that has a solution but they have to talk about it together, so I need you to go directly to the zoom because he is waiting for you there.”

Edwin Luna breaks down in tears

This caused Kimberly Flores to quickly run to the door to reunite with her husband, the musician Edwin Luna, who was already on the verge of tears. Once the door was opened revealing the model Edwin began to cry and rushed to hug his wife.

At this moment, Kimberly Flores questions why Edwin Luna was there, not knowing that the reasons why the singer had gone to talk with her was because his children were going through extremely difficult times, to such a degree that his eldest son revealed to Edwin that if Kimberly ever came back he would run her out of the house himself.

“Outside is not how you think”

And it is that when Kimberly Flores asks Edwin Luna if something bad had happened with them, the singer questions him if he really loved him, to which the Guatemalan model answered yes, before this answer, the singer quickly told him He said they had to go and she along with him.

After these statements, Edwin Luna revealed the real reason why he was there for her, stating that his children were not feeling well at all, especially one of his older sons, since he had been being teased about his mother: “ Elián is fine, they sent him some notes from you, outside is a faint … my love, outside is not how you think ”.

“He started screaming that you were a prostitute”

After this, Edwin Luna declared that his son had seen some notes in which Kimberly Flores appeared: “Elián saw some of your notes and began to shout that you were a prostitute, that when he got home he was going to run to you, that he would not tell you. wanted with us ”.

Unfortunately for the Guatemalan model Kimberly Flores that would not be all, since Edwin Luna was commenting on everything that was happening during his absence, something that caused him to reach the limit of the singer: “Damián cries every third day, wondering where his mother”.

The vocalist of La Trakalosa de Monterrey, Edwin Luna also commented on the crisis attack he had had a couple of days ago: “I had a crisis attack two days ago, Arely had to calm me down and Gianna got scared, I can’t take it anymore, so more you want, I beg you for my life.

“You asked me for something when you came in here and you asked me to take care of our children, I can’t anymore, Marta spoke to me and told me that Elián had spoken to her, and told her that he wanted to commit suicide. I need you to be with us, please, ”Edwin Luna begged Kimberly Flores, who was surprised by everything that was happening.

“We have all seen everything”

Finally, Edwin Luna gave another reason to Kimberly Flores to leave the reality show La Casa de los Famosos: “Look, listen to me, we have all seen everything, we did not sleep, I lost about 10 kilos, everything you have done I have I’ve seen it and I know it, but you don’t know how it is outside ”.

To top it off, the Mexican singer confessed what his mother supposedly did to his children: “Your mother came out yesterday that I raped them, Damián and Elián, I need you to be with me”, this caused even more despair in the Guatemalan model, who couldn’t take it anymore and decided to leave the competition after several weeks inside La Casa de los Famosos. VIDEO HERE