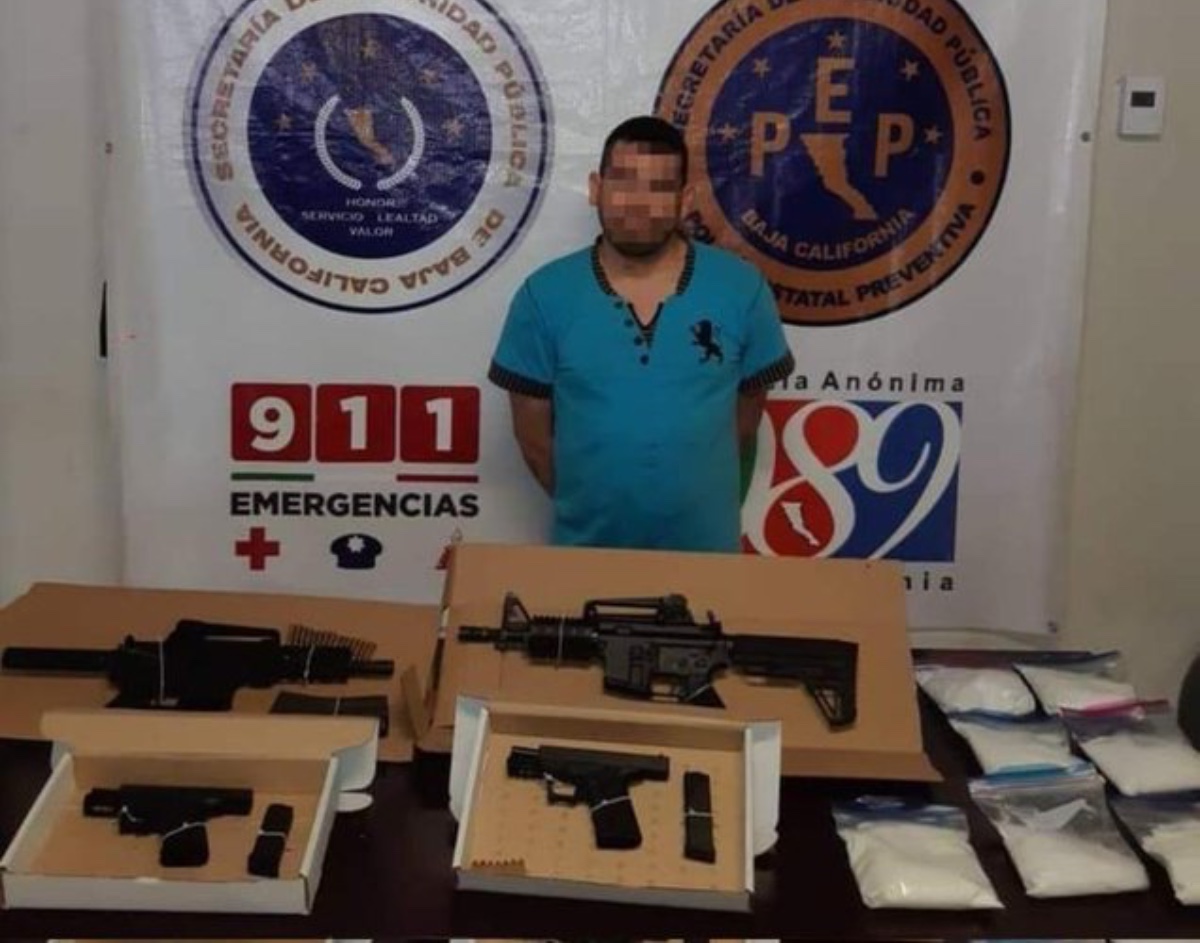 The capture took place during an operation in Primo Tapia, in the municipality of Rosarito, where five other people were also arrested and authorities seized four long rifle-type weapons, two short weapons, 116 useful cartridges of different calibers, two packages of methamphetamine, 17 Identification cards in the name of different people (passports, Visas and others) and two vehicles.

Avitia Sarellana was currently operating in Playas de Rosarito where she sold drugs and was behind the executions of members of criminal cells of opposing cartels, according to a statement from the authorities.

According to research, in 2015 it had links with the Jalisco Nueva Generación Cartel in the municipality of Tijuana, where it displaced what was left of the Arrellano Félix Cartel (CAF) from different retail drug outlets.

But according to the weekly Zeta, at the beginning of 2019, he belonged to a criminal group identified as La Poderosa Nueva Línea in the city of Tijuana, where the head of the area was a subject named Gustavo Germán Ayala, alias Tavo or el Patachín, who had as its main collaborator David López Jiménez, alias Lobo and I Cabo 20 and Boca de Bagre, as heads of hitmen.

Later, Boca de Bagre was identified as the chief of hitmen for the Cartel of the Arellano Félix after his arrest on May 22, 2019, although he returned to the streets despite being accused of homicides.

In 2020 Avitia Sarellana joined the Jalisco Nueva Generación Cartel in where he was only a few months because after being arrested again and once again released he returned to the streets now under the orders of Alfonso alias Aquiles and René alias La Rana better known the Arzate brothers of the Sinaloa Cartel until he was arrested this weekend.