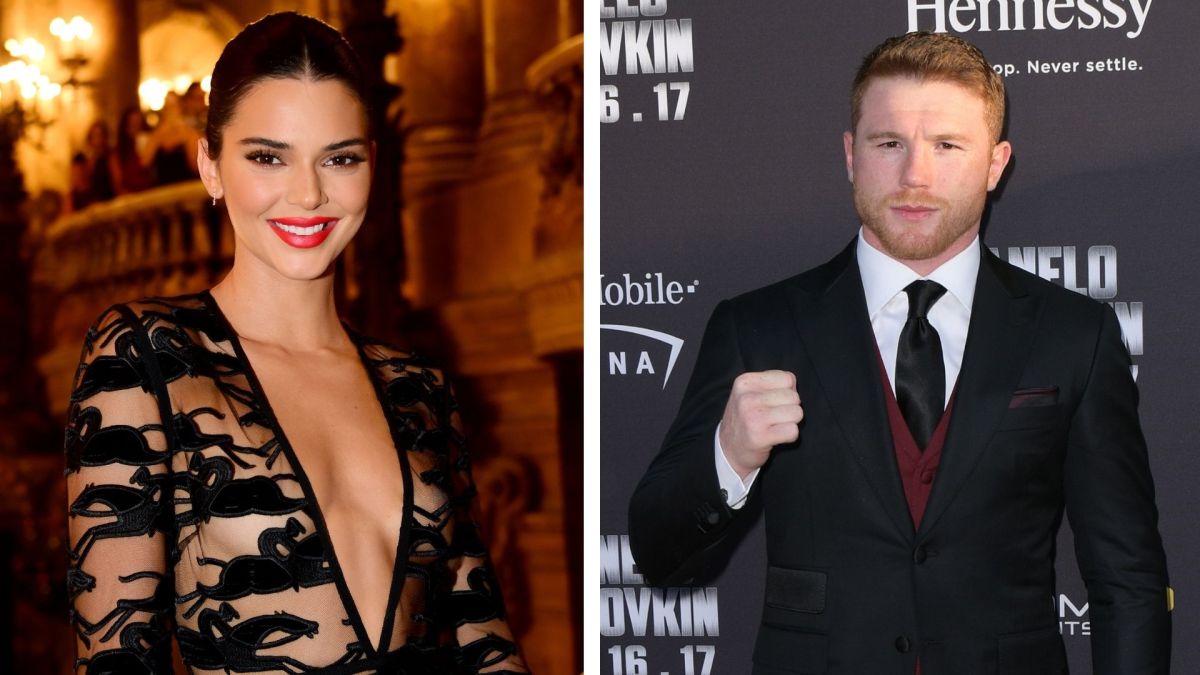 The famous ones were seen during their arrival at the place – Photo: Noel Vasquez / Anthony Ghnassia / Getty Images

Social networks were shocked after the Mexican boxer Saúl “El Canelo” Álvarez and supermodel Kendall Jenner were seen having dinner in a restaurant located in an exclusive area of ​​California. What was the reason for his departure? Read on to find out.

Last Wednesday the unexpected happened, Mexican boxer Canelo Álvarez and socialite Kendall Jenner were surprised meeting for dinner in a prestigious place. The first to make his arrival was the champion, and just a few minutes later the businesswoman followed.

Kylie Jenner’s older sister dazzled with her outfit, a tight black dress with transparencies, which only made her atributes to stand out. The young woman completed the look with a handbag in zebra print and a bottle of their famous tequila in the other.

Through different digital platforms, the departure of Jenner and Álvarez was made public. However, to avoid speculation this might have caused, the boxer took the time to talk to some paparazzi who were on the outskirts of the place to reveal the reason behind their dinner.

Everything was a business meeting, as El Canelo confirmed. He will become a partner of the model with her latest product, Tequila 818: “Yes, we are there with the tequila project and we are going to see what we can do,” he mentioned before the cameras.

Kendall Jenner preferred not to comment on the matter and surprise the public with the possible commercial union that both celebrities sealed.

Remember that in February 2021 Kendall Jenner announced the launch of her Tequila 818, and although at first she received some criticism for alleged “cultural appropriation” to Mexico, the famous brand has been growing incredibly. So it does not sound unreasonable that she is already looking to add other people to the project.