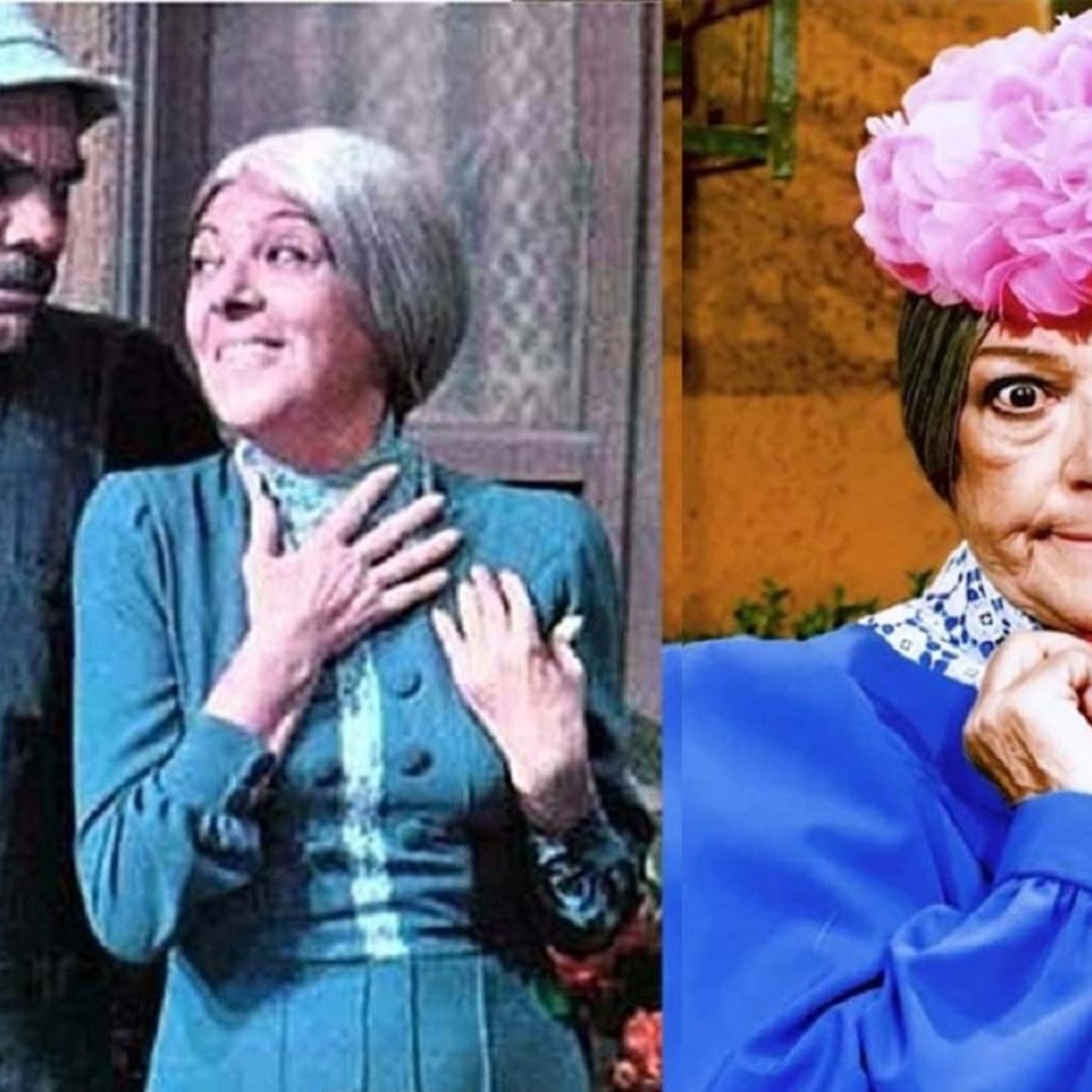 María de los Ángeles Fernández Abad, best known for her character “Doña Clotildethe Witch of 71”, in the series “El Chavo del 8”, was a renowned actress during the time of the Mexican Golden Cinema.

It is highlighted that after living through the Spanish Civil War and seeing how Francisco Franco took power, in 1947 decided to leave his country to take refuge in Mexicoa nation that would cover her with glory thanks to her magnificent performances and particular beauty.

It is also known that María de los Ángeles Fernández Abad for several years enjoyed the magic of Mexican cinema, sharing success with period actors and actresses in large productions, working in teletheaters and also in radio programs on the legendary XEW station.

There is no doubt that the character that made her travel part of the world was that of the beloved “Bruja del 71”, that annoying, prying and stiff neighbor, and that at any opportunity harassed “Don Ramón” to marry or ask him out. .

Ramón Valdés, who gave life to “Don Ramón”, was the one who helped her enter the Roberto Gómez Bolaños project. With that character from “El Chavo del 8”, a production by Gómez Bolaños, she toured many Latin American countries reaping the successes of her long career in the show.

It should be noted that it is already 28 years since the death of Angelines Fernández. On March 25, 1994, “Doña Clotilde”, victim of a long addiction to smoking cigarettes, died of lung cancer.

IT MAY INTEREST YOU: El Chavo del 8 Who is the daughter of Bruja del 71?

What addiction led to the death of Angelines Fernández?

It turns out that for years the actress Angelines Fernández suffered from the evils of constantly smoking at home or in workplaces and despite the fact that the doctors warned her about the horrors of consuming cigarettes, the talented actress continued.

According to several sites, one of the last wishes of the actress was to be buried with her close friend, Ramón Valdés, for which the two rest in the Mausoleos del Ángel cemetery in Mexico.

It should be noted that, although it was rumored for many years that there was a romance between them, the reality is that they had great affection for each other, but nothing ever happened between them. Angelines Fernández’s daughter confessed to national media that they were always great friends.