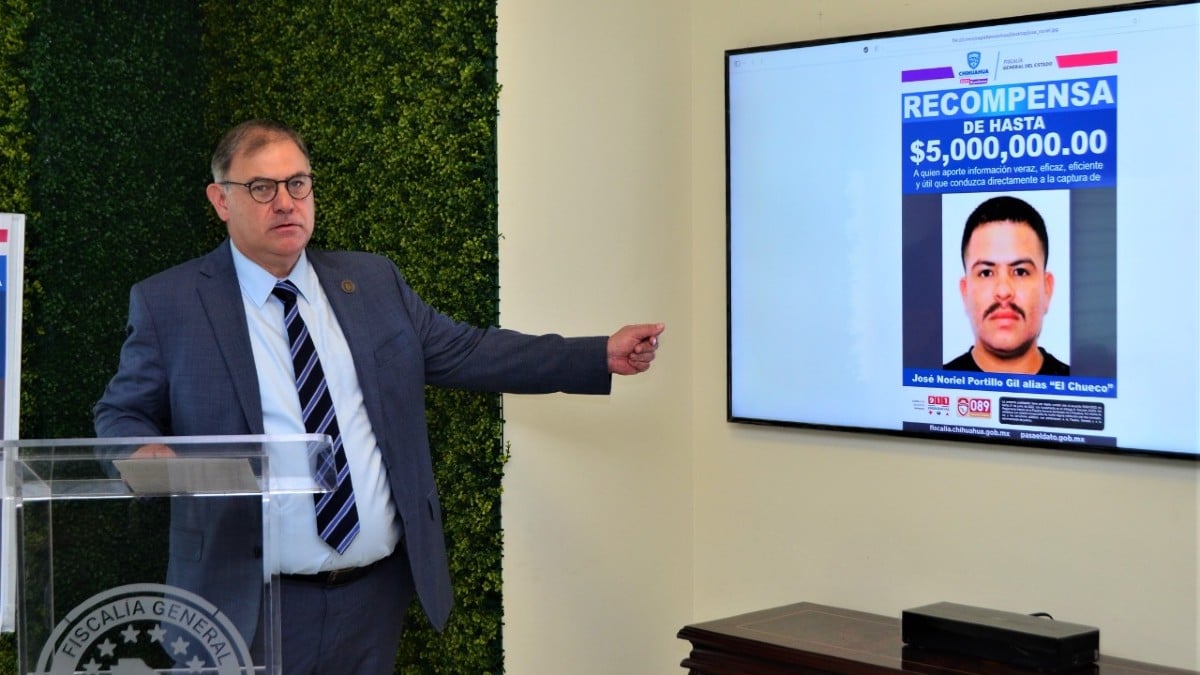 During the last days, the criminal leader Jose Noriel Portilloalias “El Chueco”, became the most wanted man in Mexico, after being accused of the crime of the Jesuit priests Javier Campos-Morales Y Joaquin Cesar Mora Salazar in the Sierra Tarahumara of Chihuahua.

However, this criminal, who belongs to the criminal group called Gente Nueva, attached to the Sinaloa Cartel, has been in the sights of the authorities since 2018.

And it is that, in addition to murdering the Jesuit priests, he is also attributed the death of Patrick Braxton-Andrewsa teacher from the United States who was traveling in Chihuahua.

According to Patrick’s family, the man, who was 34 years old at the time, decided to travel to different Latin American countries to learn about the culture of these places.

That is how in October 2018 he traveled to Urique, Chihuahua, to see the Copper Canyon, without knowing that in that destination he would meet death.

After his disappearance, the then governor of Chihuahua, Javier Corralreported that the US citizen was last seen in a place known as La Playita.

According to state authorities, Patrick met “El Chueco” at a party prior to his disappearanceand the criminal leader would have confused him with an agent of the Drug Enforcement Administration (DEA).

Javier Corral reported that it would have been at said party, where “El Chueco” felt intimidated by the tours that Patrick Braxton-Andrews made to two areas located on the riverbank, as well as by the questions he asked.

Since then, nothing has been heard of Patrick Braxton-Andrews, and although José Noriel Portillo was held responsible for this act, he acted with impunity for four more years, until the death of the Jesuit priests.

You may also like:
– “El Chueco” confessed and apologized to a priest for the death of Jesuits.
– They recover the bodies of two Jesuits and a tourist guide murdered in Mexico.