Patricio Parodi and Luciana Fuster have not been shy about appearing together enjoying a day of fun in Orlando, Florida (U.S). Although both have insisted that they are just friends, they have no qualms about sharing emotional messages on social networks.

LOOK: Milene Vásquez reveals that they approach her on the street for ‘What a good breed’: “They tell me ‘”Fiore, I want to be your Valentine'”

The members of “This is war”, accompanied by Alessandra Fuller and Francesco Balbi, enjoyed a day visiting Magic Kingdom, Walt Disney World, last Friday, January 14. After this, the popular “Pato” used his Instagram stories to dedicate a happy birthday to his partner.

“Happy 23rd!!! I hope you had a very nice time and continue celebrating the whole weekend”Patricio Parodi wrote in his first post on Instagram.

LOOK: Raúl Romero would be negotiating to reappear on América TV with ‘Vuélvete a vacilar’, despite the fact that he first said no

As if that were not enough, the popular captain of the “warriors” made a second publication. This time it was a photograph of Luciana Fuster in front of Cinderella’s castle, in the middle of the fireworks show.

“You have a unique and special vibe, stand firm with that contagious joy. Happy Birthday Luciana Fuster”, was the tender message that Patricio dedicated to Luciana Fuster. It should be noted that the message was reposted by the model with a heart gift.

Yaco says that what happened to Pancho happened to him: “They didn’t let me leave Peru because I had an indictment. They put me in jail”

Pancho Rodríguez will not be able to enter Peru for 5 years: He releases a statement after being expelled from the country

María Pía Copello celebrates 16 years of marriage and publishes unpublished photos: “I will love you forever” 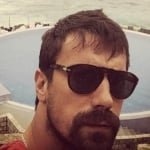 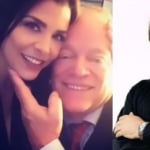 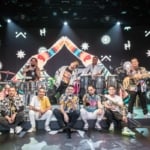 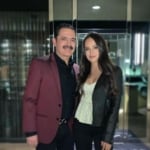 Maryel Quintero, daughter of Mario Quintero leader of Los Tucanes de Tijuana has made it clear that she does not need plastic surgery to have an impact body and that is that with yoga she gave herself the opportunity to have a very aesthetic body which she boasts every moment on their social networks. For… 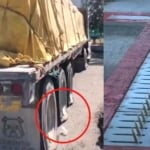 This past Tuesday, January 18, the operation of the ‘tire punch’ system in the T-2 payment plaza, or better known as the booth ‘The Americas’ (Ecatepec), in the External Circuit Mexican (EMC). However, only five hours passed before the first victim fell, since a torton-type truck did not want to pay the corresponding toll, and…
We use cookies on our website to give you the most relevant experience by remembering your preferences and repeat visits. By clicking “Accept All”, you consent to the use of ALL the cookies. However, you may visit "Cookie Settings" to provide a controlled consent.
Cookie SettingsAccept All
Manage consent