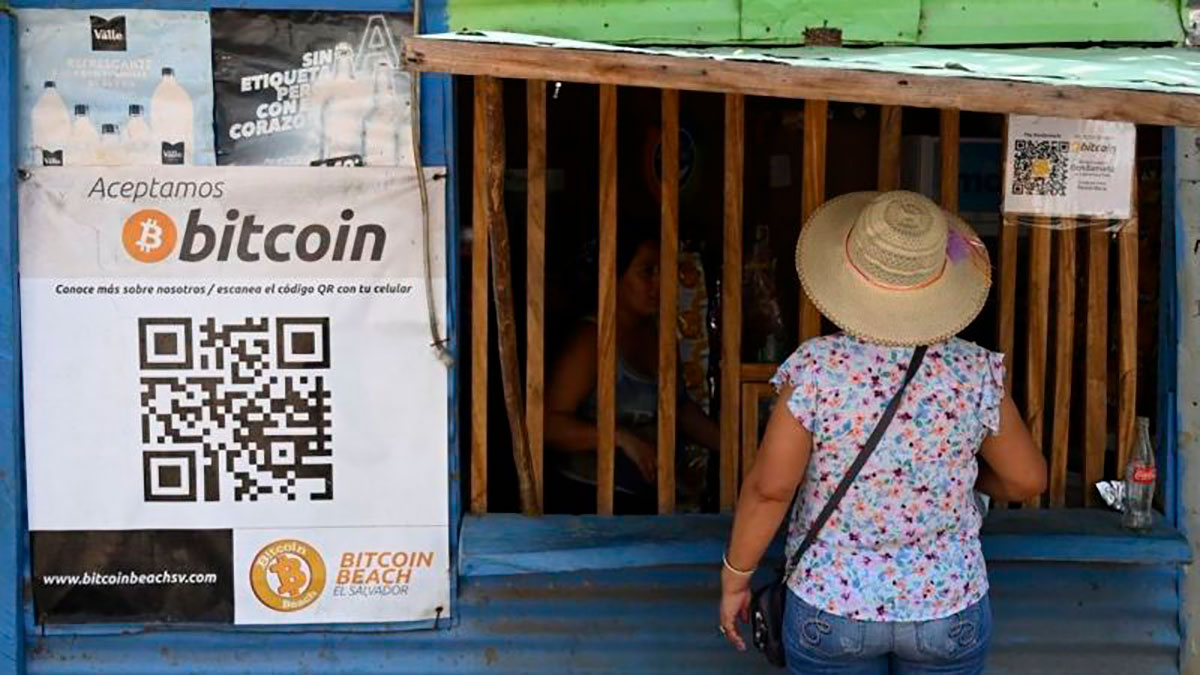 A “new” currency has gained legal tender for the first time in the world this Tuesday. And it is not a new type of ticket.

Since this September 7, El Salvador became the first country to adopt bitcoin as a legal tender, in a movement that has caused the nation and many other countries to debate the opportunities and dangers of cryptocurrencies.

As of this Tuesday, Salvadoran companies and businesses are obliged, as far as possible, to accept the controversial digital currencies as a form of payment.

The acceptance of the new currency comes three months after the Legislative Assembly approved in express format the so-called Bitcoin Law, which came forward thanks to the vote in favor of 62 of the 84 deputies that make up the Parliament, with an official majority.

To encourage its use in a country where the majority of the population does not have internet access, the government is inviting Salvadorans to download a new digital wallet application that gives away $ 30 in bitcoins to all citizens.

The president of El Salvador, Nayib Bukele, announced on Twitter that his country bought the first 200 bitcoins and that they were working to buy more “as the deadline approached.”

The government has presented the measure as a way to boost economic development and employment and benefit those who send remittances.

However, polls suggest that Salvadorans are not prepared for this and international organizations such as the World Bank and the International Monetary Fund have warned against its adoption.

Critical voices believe that the change is rather a “movement of attention seeking” and “distraction” of an “authoritarian regime”.

Over the weekend, the Constitutional Court of El Salvador made a questioned interpretation of the Magna Carta to approve consecutive presidential re-election, something that most academics agree is not legal.

And next week, the parliament plans to discuss a constitutional reform also promoted by Bukele and that will give the Executive more power.

As these things happen in the real world, Salvadorans will be grappling with a new currency in the virtual world.

At BBC Mundo we offer you some keys to understand the change that is taking place as of this Tuesday in the Central American country.

There are thousands of cryptocurrencies in the world: that is, digital currencies without physical form that exist and are exchanged only online.

They are created when a computer “extracts” money by solving a set of complex mathematical programs.

Bitcoin is the most popular – and expensive – of them all.

In this video we tell you four keys to understanding bitcoin.

What does the new law of El Salvador consist of?

In June, the Salvadoran Parliament approved the legalization of cryptocurrency as legal tender.

Specifically, it establishes that the use of virtual currency will be “unrestricted, with liberatory and unlimited power in any transaction and to any title that public or private natural or legal persons want to carry out.”

The exchange between bitcoin and the dollar will be established “freely by the market” and will not be subject to capital gains taxes, like any other legal tender.

As of this Tuesday, every economic agent must accept bitcoin as a form of payment “when it is offered to him by whoever acquires a good or service.”

The government has committed to creating the institutional structure necessary for the circulation of cryptocurrency and it has begun the installation of about 200 ATMs where bitcoin can be converted to dollar, although experts point out that this alone will not be enough for the change that is taking place.

Why is it a milestone?

No country in the world has dared to declare cryptocurrencies legal tender before.

In Japan, one of the most advanced countries in the world in the use of digital currencies, a legal reform in 2017 turned bitcoin into a form of payment, which some interpreted as having been granted legal tender status.

However, a report published in 2018 by the Central Bank of Japan clarified that cryptocurrencies “are not legal tender and their use for payments depends on the willingness of the counterpart to accept them.”

Hence, it has drawn international attention that El Salvador, a small country with a modest economy, was the first to take this step, which was announced and approved in record time with little debate.

The move comes at the same time that many governments around the world, such as China, are going in the opposite direction and trying to restrict the adoption of cryptocurrencies with higher regulations.

What are the risks?

The main criticism of the project is, without a doubt, the great volatility that characterizes bitcoin.

It is feared that this large fluctuation could promote speculative attacks that lead to chaos in the Salvadoran monetary system and with this, that the value of savings, pensions or wages is affected.

To prevent the population from compromising its purchasing power, the government announced the creation of a trust of US $ 150 million at the country’s Development Bank to automatically redeem the bitcoins of Salvadorans who so wish.

Thus, Bukele gave as an example that if a fruit seller does not want to assume the risk of fluctuation and decides to exchange the bitcoins she receives with her work into dollars, this government-owned bank will buy them at the price at which she valued her fruit, regardless of whether the value changed from when you made your sale until you deposited the cryptocurrency in the bank.

The rating agency Fitch, for its part, pointed out that the adoption of bitcoin can increase regulatory risks for financial institutions, including the possibility of violating laws against money laundering and “financing of terrorism.”

El Salvador’s plan has also highlighted the environmental impact of cryptocurrencies (Its production uses more energy than many countries), about which the World Bank warned.

Bukele announced in June that he had instructed state geothermal electricity company LaGeo to develop a plan to offer bitcoin mining facilities using renewable energy from the country’s volcanoes, although whether it will be feasible remains unknown.

What benefits can it bring?

Among the main advantages pointed out by the defenders of this initiative, it is highlighted that, thanks to transactions in bitcoins, the population could save the commissions of intermediaries in remittances that they receive from abroad and that can amount to up to 30% of the money sent, according to Bukele.

The president has opined that the change will also lead to job creation and increased investment.

Remittances are a vital sustenance of the Salvadoran economy, assuming close to the 16% of your Gross Domestic Product (GDP).

Despite the pandemic, last year the country received almost US $ 6 billion from its emigrants, of which about 2.5 million live in the United States.

Given the fluctuating value of bitcoin and the commissions that must be paid to some applications for its purchase, some critics have pointed out that the money that exchanges and shipping agencies were keeping will now go to the hands of technology companies.

The president also highlighted that around 70% of the population does not have a bank account and works in the informal economy, so that cryptocurrencies could improve your financial inclusion.

Only 45% of the Salvadoran population has access to the internet and more than 90% of rural households lack it, according to a 2020 study by the IDB, IICA and Microsoft.

What do the Salvadorans think?

A survey by the Central American University (UCA) found that only 4.8% of the 1,281 respondents understood what bitcoin is and how it is used.

More than 68% of those surveyed said they disagreed with the use of cryptocurrencies as legal tender.

Jeanette Sandoval, 70, who sells home delivery groceries with her son, says she won’t get involved.

“I have always been open to change, but this time I do not agree. Our customers say they won’t pay in bitcoin, ”he told BBC journalist Joe Tidy.

“In my country there are many people who are illiterate and hardly have a cell phone, not a smart one, but an old one. They are not going to use it, ”he adds.

The 26-year-old Salvadoran taxi driver, Daniel Hercules, for his part, says he is excited about the move, but concerned about the stability of his earnings.

“I have accepted bitcoin for about 2 months since I knew this was coming. Someone recently paid me $ 40 in bitcoin for an airport fee, but it’s weird. Only about 10% of customers prefer to pay with bitcoin, ”he says.

Daniel says that the cost of converting bitcoin to the local currency, the US dollar, is high, 10%, so he is using the money as a savings account.

He hopes to grow his wallet to around $ 1,000 worth of bitcoin, but he is afraid that the value of the coin will collapse.

“It is one of the things that worries me the most. Losing money from long hours of work would not be good ”.