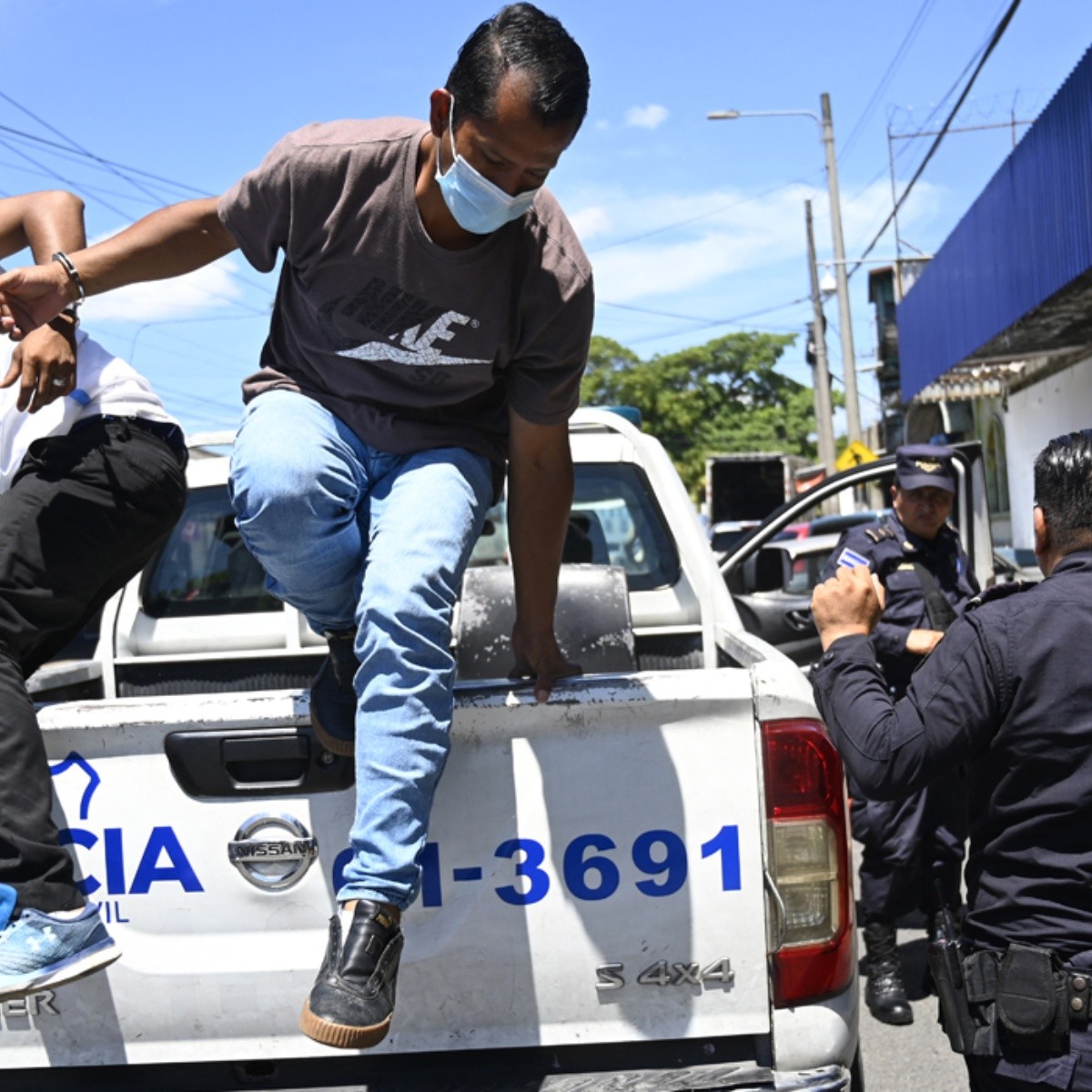 Cousins ​​Juan and José have been in prison for a month, accused of collaborating with the gang to which the Nayib Bukele’s government declared war on them in El Salvador. But the family says there is a mistake.

Both are batucada musicians. Juan Erazo, 24, is also studying at the university. José Orellana, 22, is a carpenter’s assistant. Live in Mejicanos, in a gang-dominated neighborhood in northern San Salvador.

On the night of June 5, the police arrived at Juan’s house. Her wife, Ana Gabriela Arita, 20, says that they politely asked her to accompany them to the police station for “inquiries.” He didn’t come back anymore.

The same thing happened with José, who lives a few meters from his cousin. “They are innocent,” she assures, while she shows a photo of her husband Juan de Ella on her cell phone.

In response to a escalation of 87 murders committed between March 25 and 27, Congress accepted a request from Bukele to decree an emergency regime, which has been extended until at least the end of July, and has allowed more than 43,000 suspected gang members to be detained without a court order.

Most of them related to Mara Salvatrucha (MS-13) and Barrio 18, which for decades have spread terror in the country.

The measure has more than 90% citizen support, according to recent surveys.

Merchants celebrate that with the heavy hand of the government the extortions carried out by these criminal groups have decreased, and citizens say they walk safer on the street.

But organizations such as Amnesty International and the NGO Human Rights Watch have questioned the procedures and called on Bukele to respect human rights.

Ana Gabriela says that the arrests occurred as a result “of an anonymous, totally defamatory complaint.”

“There is no way to say that he [Juan] he was a criminal, if all he did was study and work,” says the young woman sadly, who also studies with her partner at the University of El Salvador.

For five years, Juan has directed a batucada musical group called “Rusamba” made up of more than thirty people, including his wife and his cousin José.

They live off the fees of the presentations.

“It’s been hell,” says Ana Gabriela, who said she knew “little” about the condition of her husband and her cousin, both of whom are being held in the Izalco prison, 60 km southwest of San Salvador.

In the midst of the wave of arrests, between March and June, 456 people detained during the emergency regime were released as they did not find merit to continue in prison, according to the Prosecutor’s Office.

“Our hope is that justice will be done soon (…), we are not afraid of the investigation because we know the type of people that these two are,” he maintains.

An assigned public defense attorney has only told the family that they will remain in jail for the time being.

But the family says it will continue the fight to free them.

“The situation in the country has changed quite a bit, you feel safer, you feel a little calmer on the streets, there are no longer people who get you off one of the buses or get you off [le roben] money,” says Rafael Sandoval, a 52-year-old informal trader from San Salvador, referring to gang members.

Alonso Arreola, 54 years old and also a merchant in the capital, assures that “now” he can “circulate” through different neighborhoods without problems.

Bukele, who proudly reports the drop in criminal activity following his plan, vowed to “intensify the war” against the gangs, following the recent murder of three police officers.

Police operations continue to search for gang members with the help of the army, while the construction of a mega-prison to lock up 20,000 gang members progresses.

“It is a key moment, the police and the Armed Forces have the capacity to defeat the gangs and the exceptional regime makes it easier,” says criminologist Misael Rivas.

“It is vital to keep the control in the territory and not let the phenomenon return to being like an epidemic“, adds the expert.

However, for Zaira Navas, head of the State of Law and Security unit of the NGO Cristosal, “the exceptional regime has been the excuse that the government uses to violate the human rights of many of the detainees.”

According to a count by Cristosal and other civil society organizations, at least 52 people detained during the emergency regime have died in prison in unexplained circumstances.


VIDEO. Cashier reveals SECRETS of Oxxo: this is the hardest thing to work in the store