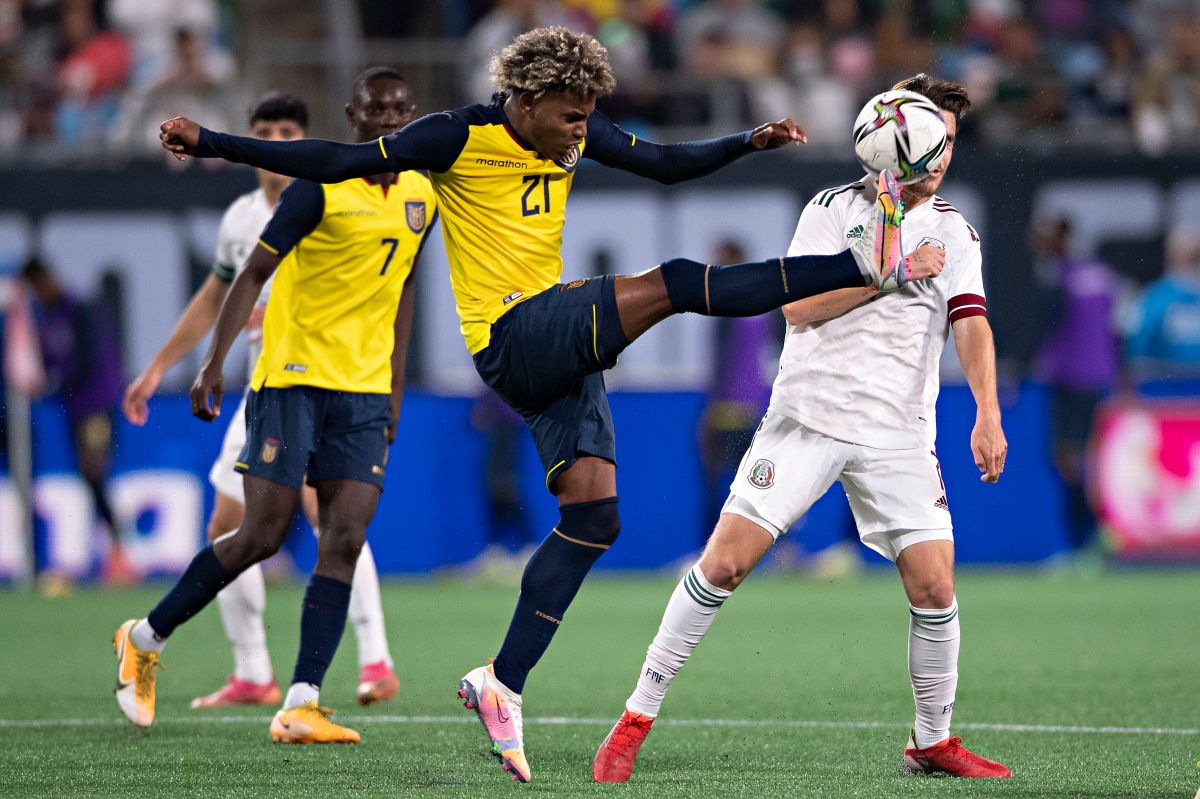 The Mexican selection did not show his best face before Ecuador. El Tri was defeated 2-3 by the South American team. Gerardo Martino faced this friendly match with elements of the MX League and although he obtained his fifth defeat at the command of Mexico, some things could be salvaged from the game at Bank of America Stadium.

Ecuador hit first and very hard, when the game was just beginning. Jhonny Quinonez He overtook Gustavo Alfaro’s team. Janner Orozco and Walter Chalá were the other two authors of the goals of “La Tricolor”. On the other hand, Mexico remained on the scoreboard thanks to goals from Roberto Alvarado and Osvaldo Rodríguez.

However, beyond the result, the “Tata” Martino was looking for alternatives and without a doubt he found a footballer who knew how to take advantage of his minutes on the field. The forward born in Argentina, Santiago Giménez made his debut with El Tri and left very good impressions.

The young 20-year-old battering ram, figure in Cruz Azul, was one of the high points in the attack of the Mexican team and, without a doubt, You can acquire a new role within Gerardo Martino’s plans.

Mexican fans do not forgive any loss of El Tri

Despite being a friendly match, Mexico’s defeat was used by some fans to mock the team’s poor individual performances. In this sense, creative memes about the defeat of El Tri began to spread through social networks.

You may also like:
· Mexico will be left without Gerardo Martino: The “Tata” will lead the Paraguay team
· Gerardo Martino is fed up with the “Chicharito” issue: the Mexico coach explained Javier Hernández’s absence in El Tri
Video: Rafa Márquez cried when he remembered the treatment he received in Spain and questioned the organization of Mexican football