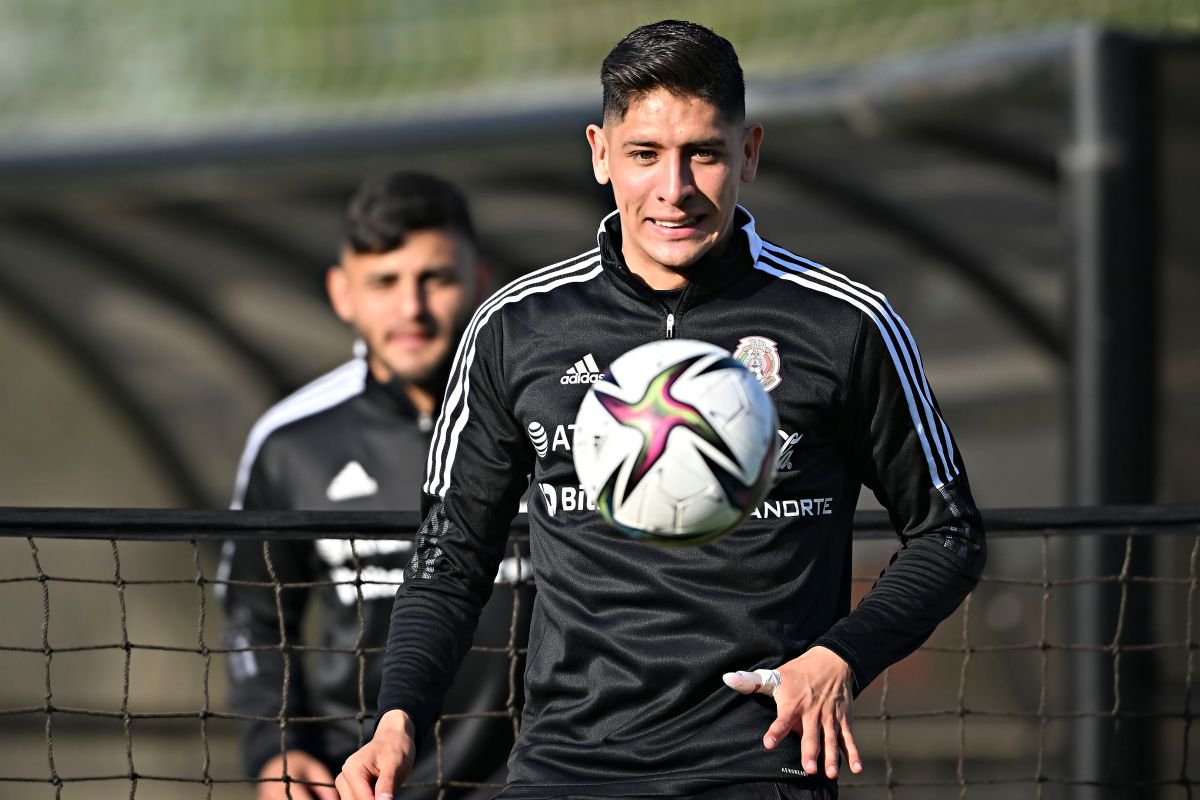 The Mexican soccer team, with Raúl Jiménez and Hirving Lozano at the helmtrained this Monday at the High Performance Center of the Mexican Football Federation in Mexico City cwith our sights set on the United Stateshis penultimate rival in the World Cup qualifiers.

The Mexicans will receive the Americans this Thursday at the Azteca Stadiumon the twelfth day of the octagonal final of Concacaf, a duel that could ensure one of the three direct tickets that are distributed in the area to the Qatar 2022 World Cup.

The ‘Tri’ of the Argentine coach Gerardo Martino carried out physical exercises and with the ball with new features in concentration such as Diego Lainez, from Spanish Real Betis, and goalkeeper Carlos Acevedo, from Mexican Santos Laguna.

Lainez and Acevedo joined the group this Monday, the first after arriving from Spain and the second replacing goalkeeper Jonathan Orozco, who returned to Tijuana’s discipline after presenting a muscle injury to the right biceps femoris.

Orozco was not the only loss that had the list of 29 soccer players that Martino called for the duels against the United States, Honduras and El Salvadorthe last three of Mexico in the octagonal.

Rodolfo Pizarro, from Monterrey, returned to his team after the doctors of the selection confirmed that he suffered a muscle soreness in the hamstring of the right thigh; the midfielder was replaced by Roberto Alvarado, from Guadalajara.

In addition to Jiménez, striker for English Wolverhampton, and Hirving Lozano, winger for Italian Napoli, names such as Santiago Giménez, from Cruz Azul, and César Montes, from Monterrey.

Mexicans are located in the third position of the octagonal of the Concacaf with 21 pointsthe same as the United States, second in the table, and four behind leader Canada.

Mexico will receive the United States on Thursday, on the 27th it will visit Honduras and on the 30th it will host El Salvador.

You may also like:
· What does Mexico need to qualify for Qatar 2022? El Tri has the World Cup in his hands
· Ricardo Pepi, the jewel that rejected Mexico for the United States and that can deal a definitive blow to the management of Gerardo Martino
Miguel Herrera vs. Gerardo Martino: the “Piojo” criticized the call of the Mexican team for the Concacaf Octagonal