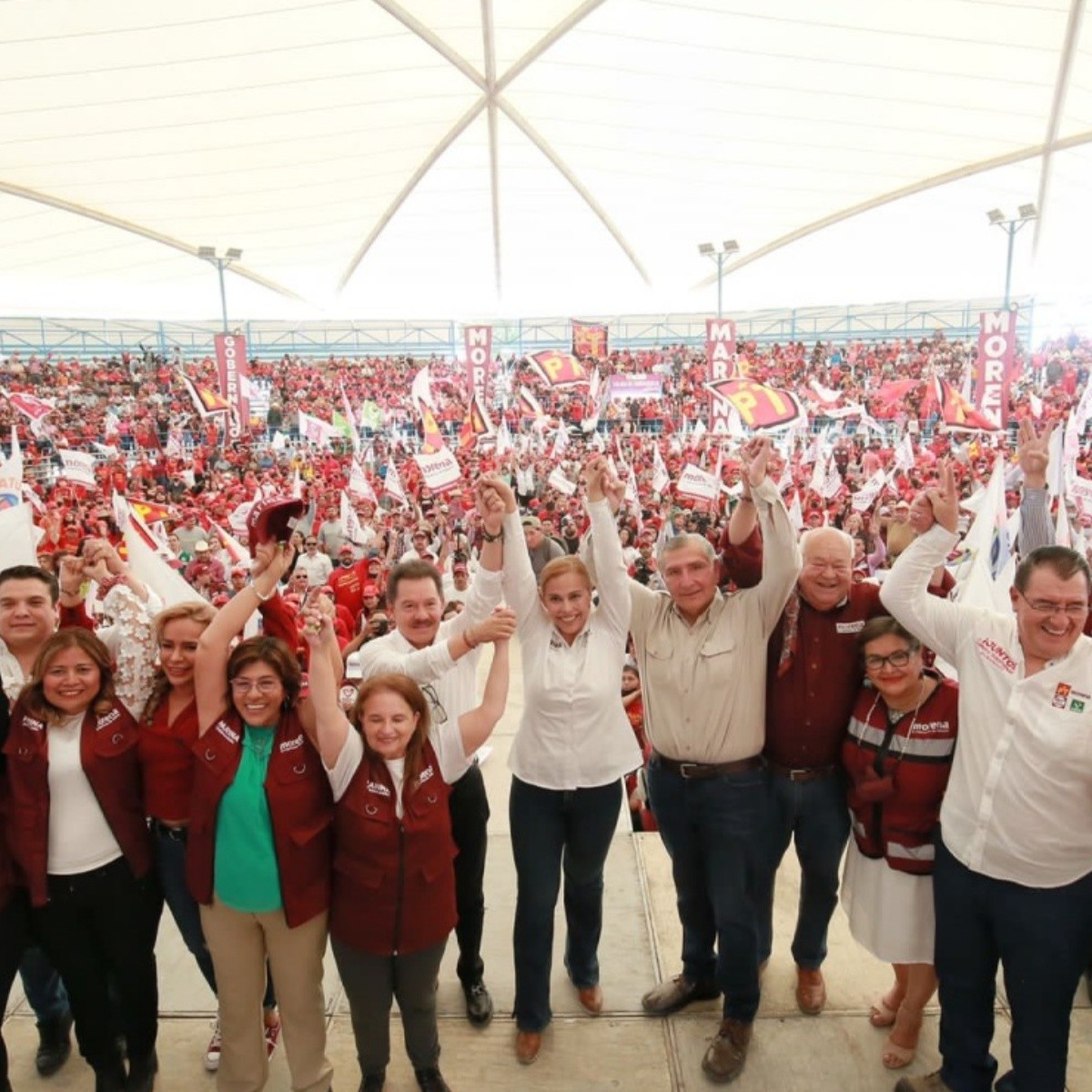 Druango.- Ignacio Mier, parliamentary coordinator of Morena in the Congress of the Union, together with the Secretary of the Interior, Adán Augusto López, and the Governor of Baja California, Marina del Pilar, attended the campaign event held in Durango by the morenista candidate for governor of that state, Marina Vitela.

Via social networks, Ignacio Mier thanked the presence of the Secretary of the Interior at the rally thanking “the solidarity, firmness of convictions and loyalty to the transforming movement of our comrade in struggle @adan_augusto López Hernández. Together we will make history in #Durango”.

He also stated that Morena would rise without problems with the 6 governorships on June 5 in the states of Aguascalientes, Durango, Hidalgo, Oaxaca, Quintana Roo and Tamaulipas, leaving the representatives of National Action and the Institutional Revolutionary at zero.

“I reiterate: this June 5, Morena is going to win six out of six, I say it convinced because people show it in every public act, because Morena has the best candidates, because the people are fed up with the fact that the PAN and of the PRI continue stealing and lying”, affirmed the deputy.

Adán Augusto López traveled to intervene directly in the act, he was not just another spectator. He took the microphone to address the people of Durango and cheer the candidate “long live Marina, long live Durango, next June 5, Durango will have the scent of a woman,” he said.

Marina Vitela had words of thanks for your guests. Via Twitter he addressed Mier as follows:

“It is with unity that we are creating a transformative project that serves and gives voice to Duranguenses. Thank you very much, friend @NachoMierV for accompanying me”.

Regarding Marina del Pilar, she said “thank you very much for your support, friend, the real change that Duranguenses yearn for is almost beginning.”

For the secretary of the interior he had the following words:

“Thank you @adan_augusto for recognizing me as the next Governor of #Durango. I am sure that we are going to work in unity with the people starting June 5 to bring #4T to the state.”

This is how the morenista candidate ended a crowded public act. Wrapped up by high-ranking officials and the leadership of the party whom she will represent as a candidate for the governorship of Durango, on June 5.