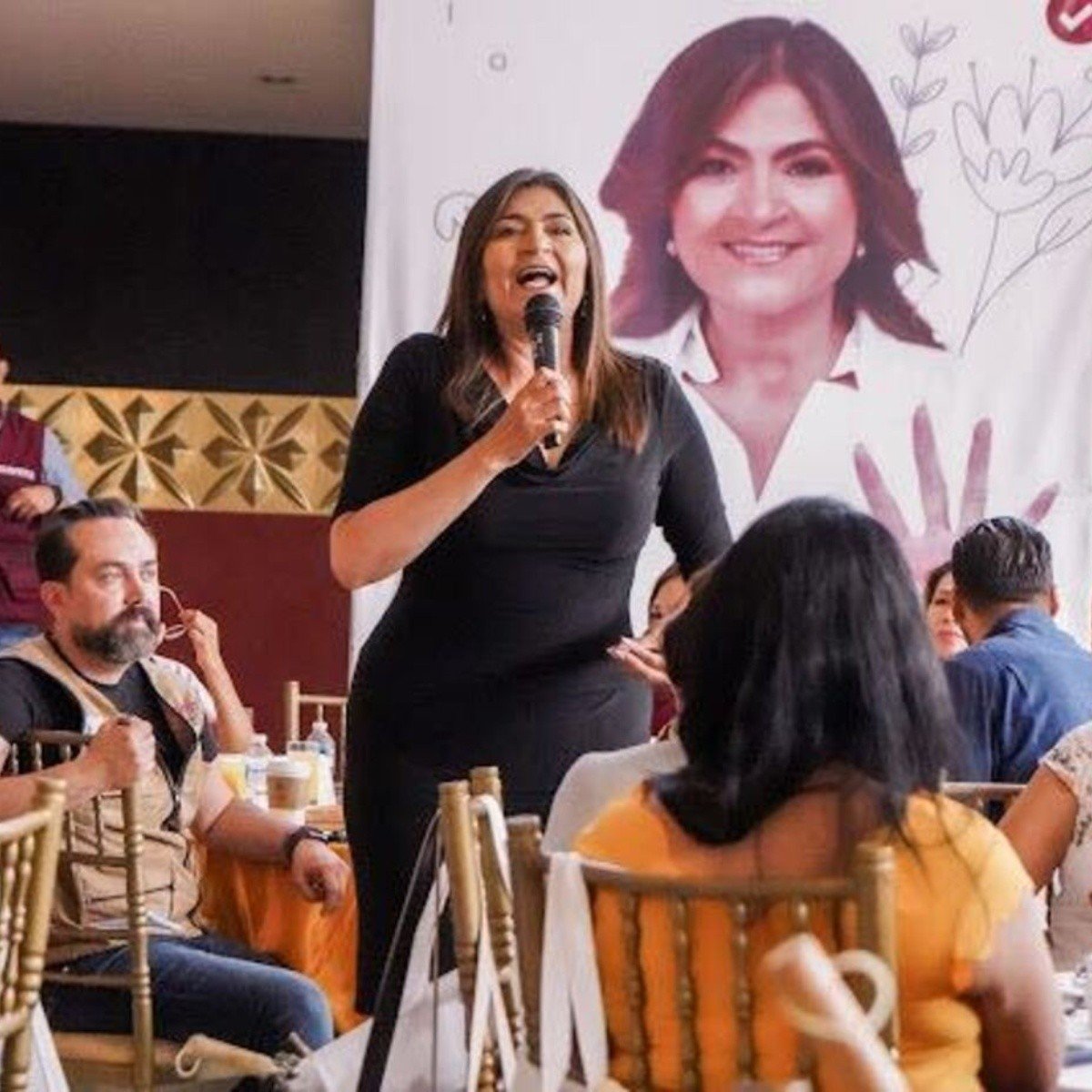 Aguascalientes.- The candidate of the Social Force for Mexico party for the governorship of the state of AguascalientesNatzielly Rodríguez Calzada, filed with the Attorney General’s Office (FGJ) of the State a complaint in against the daughter of the candidate for the title of the State Executive for the Morena party, Nora Ruvalcaba Gamez.

In the complaint, the FxM standard-bearer points to América Fernanda Alférez Ruvalcaba as allegedly illicit enrichment, money laundering, tax fraud, false declaration before the authorityamong other crimes related to alleged inconsistencies in his statement of assets.

“It is a complaint that we are presenting against the Fernanda Alférez Ruvalcaba License because there are some inconsistencies in her declaration of assets regarding a property that is in La Tomatina. She declares it as if it were a rustic piece of land and that it is already farmed with an approximate value of 5 million pesos,” said Rodríguez Calzada.

In this sense, the politician accused the daughter of the National Regeneration Movement’s standard-bearer to the government of Aguascalientes of lying to the state authorities, while assuring that she has been evading taxes.

Natzielly, who appears in fifth place in the electoral preferences for the day that will take place next Sunday, June 5 of this year, affirmed that América Fernanda Alférez Ruvalcaba omitted in her patrimonial declaration that she has a property valued at several millions.

“We can also observe in the Municipality of Jesús María the tax is paid for a rustic piece of land. So we are presenting this complaint so that the substance of the matter is investigated and clarified,” he said after noting that Nora Ruvalcaba’s daughter only declared having a intelligent speaker and a piece of land, leaving aside the property that he allegedly owns, which reaches a value of 5 million pesos.

Rodríguez Calzada asserted that the daughter of the candidate for the governorship of the federal entity acquired in October 2009 a 600-square-meter piece of land identified as Lot 7 of Subdivision 765/98, Parcela 84, in La Tomatina, municipality of Jesús María.

After submitting the documents to the state Public Ministry, the FxM standard-bearer indicated that the salary of Ruvalcaba Gámez’s daughter is not enough to build said property, pointing out that, as Director of Amparos of the Attorney General of the State of AguascalientesAlférez Ruvalcaba, received an annual salary of 439 thousand 108 pesos, so, when adding up, it would be 2 million 781 thousand 17 pesos for the three years he held the position.