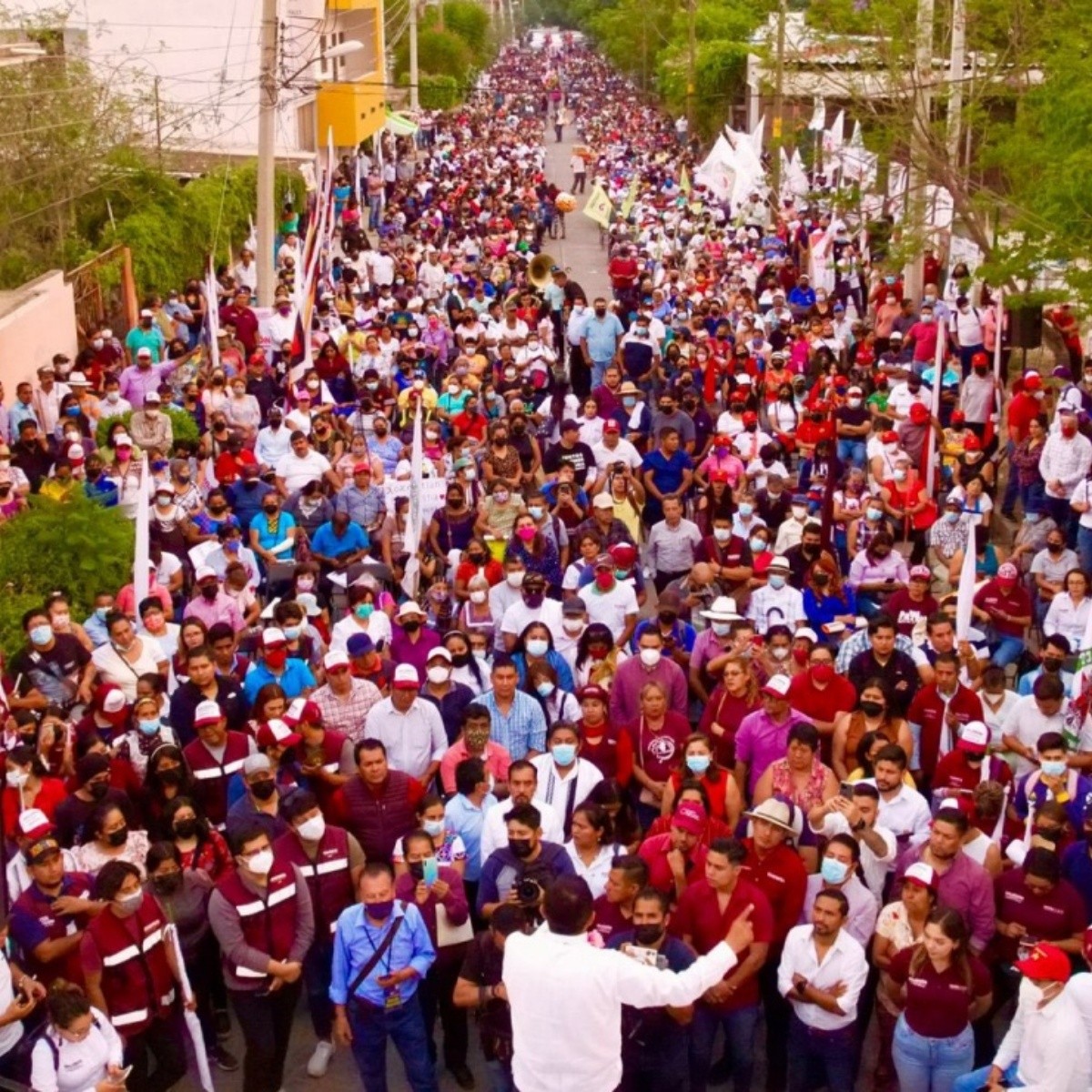 Oaxaca.- The candidate of the coalition “Together We Make History in Oaxaca”, Salomón Jara Cruz finished his work tour for the day before a crowd of Oaxacans who accompanied him in the final speech. Jara Cruz that toured the municipalities of San Andrés Zautla, San Pedro Ixtlahuaca and culminated in Santa Cruz Xoxocotlán.

He shared with sympathizers and militants part of his government program and, on this occasion, highlighted the installation of the State Security Table which will take place in each and every one of the entity’s regions.

“We want our families to be safe, for our women and girls to walk the streets without worrying about whether or not they will get home, We will return the tranquility that citizens demand so much”he claimed.

He assured that he will replicate the way of distributing the public resource that has been applied from the federal government. All income destined for the welfare of citizens will be delivered directly, without intermediaries.

He reaffirmed his commitment to accountability on an ongoing basis. The government measure presented will offer a quarterly report to Oaxacans on the destination of state resources.

Finally, he spoke about the need to generate employment with the financial boost that many sectors in the state require. For this, cooperatives of artisans, artisans, single mothers, women and the unemployed in general will be created, to reactivate an economy that has been without growth for six years.