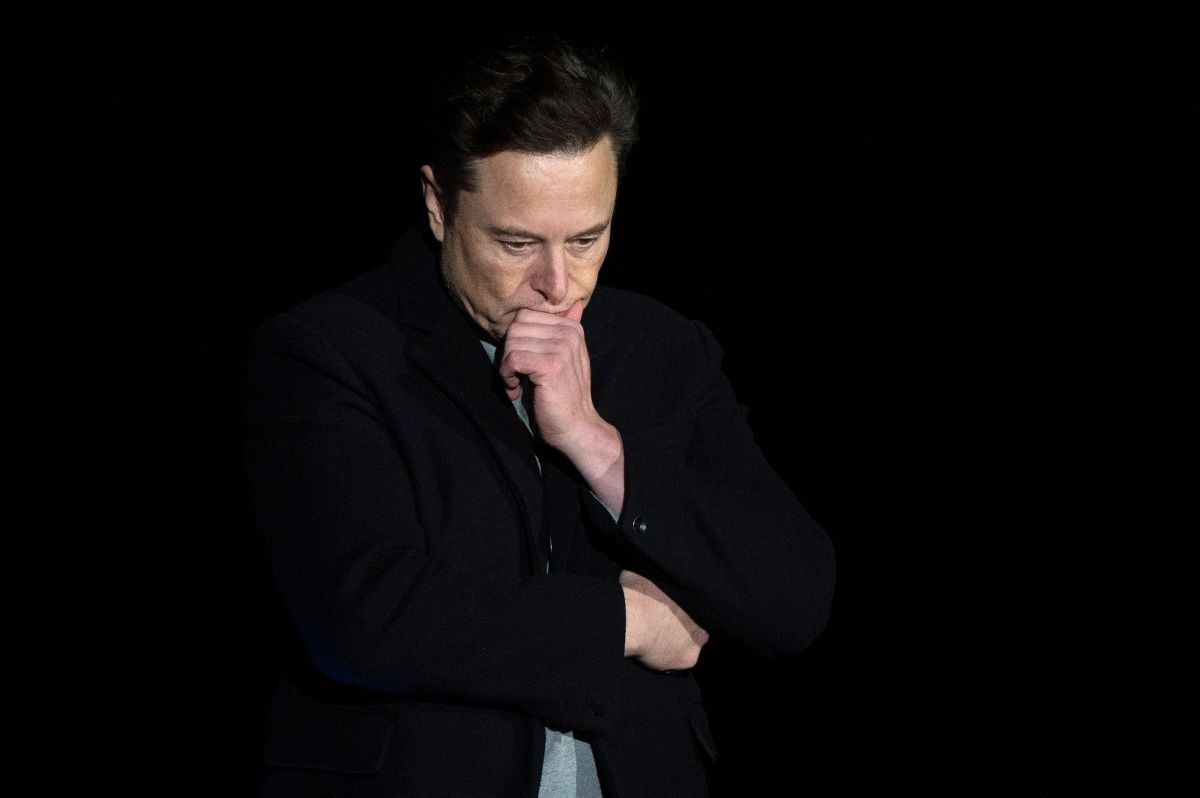 – Well, you should buy it then.

The conversation occurred between Elon Musk and radio host Dave Smith on that same social network on December 21, 2017.

“This trade keeps haunting me,” Smith wrote Monday, resharing it in disbelief, when news broke that Musk, the world’s richest person according to Forbes, closed the deal to buy Twitter for $44 billion.

It materialized what five years ago to more than one sounded like a joke. One more from Musk, so given to jokes.

“He’s a guy that many have underestimated throughout his career and has generally proven them wrong,” says James Clayton, the BBC’s technology correspondent in San Francisco.

“Elon Musk says or does absurd and even stupid things, but those absurd and stupid things end up paying off“, wrote the video game designer, critic and director of the Program of Film and Communication Studies at Washington University in St Louis Ian Bogost for Atlantic.

“A prankster who gets results,” he described him less finely —a bullshiter that deliverswere his words in English — technology analyst Benedict Evans on Twitter.

“When everyone else zigzags, he not only zigzags, he practically does pretzels (a salty cracker twisted in the shape of a bow) and then takes off into the cosmos, ”conceded Kara Swisher, a journalist specializing in technology companies and founder of the Recode website, in an opinion piece for The New York Times.

“Per aspera ad astra!“Musk himself exclaimed on Twitter this Tuesday: through difficulties, to the stars.

Indeed, to stardom he has led some of the six companies he founded or of which he is today CEO o president: aerospace SpaceXand the electric car manufacturer Tesla and its subsidiary SolarCity Corporation, specializing in solar energy.

Also OpenAI, an artificial intelligence research company; the neurotechnological neurolinkwhose goal is to develop brain-computer interfaces, and The Boring Companyof excavation and infrastructures, whose name plays with the double meaning of bore like drilling and boring, and meaning both “The Boring Company” and “The Drilling Company.”

Well, no, he is not the CEO of Tesla, he is the “technorking”.

This is how he called himself, to mark that “the only meaningful positions in a company are president, secretary and treasurer” and the rest, such as “CEO, are invented titles”, he said in December during the Summit of the Council of Executive Directors organized by The Wall Street Journal.

“Since March I am legally the techno-king”settled.

That company he runs has been since July the most valuable in the automotive sector.

But in addition to making it lucrative, with it he revolutionized that industry, as with SpaceX that of private aerospace, getting reusable rockets to land as they take off, standing up.

No small achievement for someone who immigrated at the age of 17 and penniless from South Africa to Canada, where he lived on the kindness of relatives and odd jobs before enrolling in undergraduate classes at Queen’s University. in Ontario, and later manage to study Economics and Physics at the University of Pennsylvania.

As Ashlee Vance explains in her 2015 bestselling biography Elon Musk: the Billionaire CEO of SpaceX and Tesla is Shaping the Futureleft on the run from an emotionally abusive father and a country whose narrow-mindedness he despised, with dreams of making it in America.

He would start his business career in the 90s with the start-up Zip2 (which it sold to Compaq, netting it $22 million) and online bank X.com (which merged with the company that owns PayPal and was sold to eBay, netting Musk $180 million).

His “superpower” and his vision of the world

“His superpower is probably your ability to raise money for your vision of the future“Tim Higgins, author of Power Play: Tesla, Elon Musk, and the Bet of the Century, tells BBC Mundo.

But what is his vision of the future, that ubiquitous concept in the analyzes of those who try to decipher the complex figure of Musk?

“Elon is the oldest of the preppers“says Higgins, referring to the so-called “preparationists” or survivalists who actively prepare for the arrival of a catastrophe.

“Tesla is his way of trying to save the planet from climate change. SpaceX has as its mission that humans can live on other worlds if this one does not work. If you frame it all in that context, it’s about dealing with some of the worst problems in the world,” he says.

It is something in which his so far only biographer, Ashlee Vance, agrees — Walter Isaacson, author of biographies of Henry Kissinger, Benjamin Franklin, Albert Einstein and Steve Jobs, is now preparing one on Musk, but refused to answer BBC questions World-.

“Its main purpose is to create a colony on Mars not for five people, but for a million (…)”, Vance said in an interview in 2015.

“You think something horrible could happen to the human race and we need a backup plan, that nobody else is working on it, certainly not on that scale, and that he is the one who is going to create that plan. Tesla and SolarCity are part of that journey.”

Musk himself has referred to the dangers that lie in wait for humanity on more than one occasion. In December, during the Summit of the Council of Executive Directors of The Wall Street Journalstated that “one of the greatest risks to civilization is the low birth rate.”

“There are not enough people. I can’t stress this enough: there aren’t enough people”, to which he added that he, a father of six, is “saving humanity by having more babies”.

Other aspects that, according to those interviewed by BBC Mundo, define Musk are his pragmatism —”works with whoever is in power regardless of their political color, to be able to carry out their projects”—, his libertarian thought —”does not trust governments”— and that he is not afraid to jump into the pool, even when there is hardly any water.

“He has an unusual risk tolerance among most CEOs,” Higgins continues.

“He looks at the odds and is willing to say yes even when there isn’t a 100% guarantee. Is willing to live with that uncertainty if you think what you have in hand is a good idea. If you think there’s a chance, you’ll want to take it,” he continues.

“His strategy is to find the momentum, as if he were a gambler in a casino. That’s your key.”

And with that mindset he seems to have put all the chips in the Twitter box.

It has done so assuming the risks of being a company that has nothing to do with its business experience – in one way or another, they are engineering projects.

And, like the controversial and polarizing figure that is, with his latest movement he has aroused the admiration of some, but has also set off the alarms of others.

Twitter (and the media) have been filled these days with shouts from those who warn of the dangers of the social network falling into the hands of the richest man in the world who, in turn, has more than 87 million followers and where he tweets compulsively.

“He is one of the entrepreneurs with the most followers on the platform. He is not a pop or movie star, but due to the level of engagement (the number of reactions and comments generated by his messages) you might think that he is, ”social media consultant and analyst Matt tells BBC Mundo. Navarre.

“The fact that he can direct the attention of the world to whatever he wants, not only because of the number of users who follow him, because he has a very committed tribe around him, very fanatical, but because now being the owner he can time shape the platform to lead the conversation (…), that level of power is what is worrying”, he explains.

Be that as it may, Musk insists that what he wants is to make the platform a space with true freedom of expression and that “it is not a way to make money.”

“I don’t care about the economy at all,” he said already at the TED2022 conference on April 14.

“At this point in his life, he is looking for things that will entertain him or serve the future purposes of his many businesses,” says Navarra. “At this point he does whatever he wants. entertain you, amuse you and stimulate your intellect“.

“He is extremely intelligent and deep down he wants to have a positive and lasting impact on the world and for civilization in general, but sometimes I think he doesn’t really understand the impact and the ramifications of what he says or does, or that he feels that he doesn’t need to explain to anyone because he is who he is and he has the money he has”, he continues.

“He is a fascinating human being,” he closes.

“He’s definitely one of those unique people in a generation,” concludes Higgins.