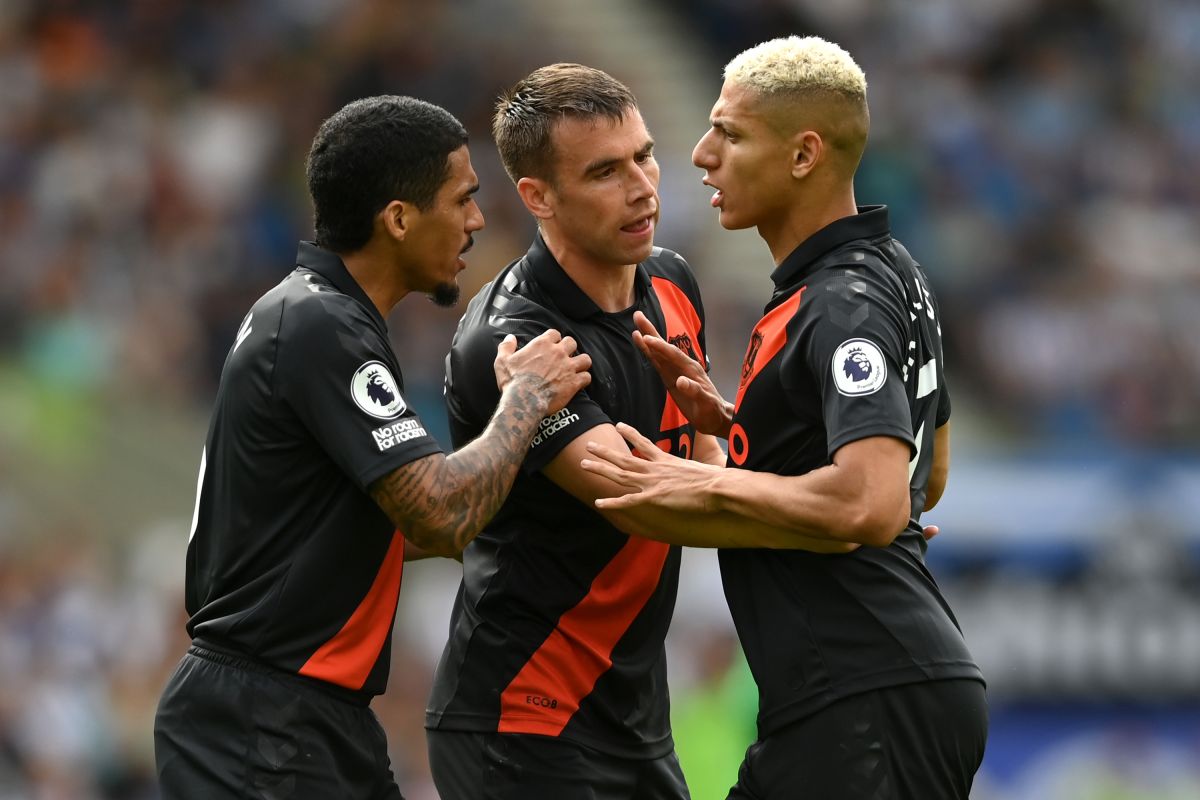 It started the activity in the Premier League and also emotions. The Everton He is one of the animators of the English tournament. On this day, a rather embarrassing scene was generated in front of the Falmer Stadium spectators. Richarlison he almost got caught up in his teammates because he wanted to take a penalty in favor of his team. In the middle of the controversy, Dominic Calvert Lewin was in charge of converting the goal before the Brazilian’s furious presence.

👀 He argued why they did not let him collect the Calvert-Lewin penalty, until his teammates @Everton they had to calm him down

Everton beat Brighton 0-2 in a match in which the Brazilian national team striker’s hunger for a goal came to light. The Toffees beat their rival 0-1 and Around minute 49 there was a small fight to see who would be the one to execute the maximum penalty.

Neither player relented and this led to Rafael Benítez to put order from the bench. The Spanish coach was loud and clear: Dominic Calvert Lewin was in charge of collecting the penalty.

Surreal: Everton win penalty. Richarlison grabs ball, refuses to hand it to designated penalty taker Calvert Lewin. Everton players have to beg him to give it up. Iced by own player, DCL still converts. Richarlison celebrates angrily like Itchy & Scratchy combined in human form pic.twitter.com/0VmCep3s5c

This infuriated the Canarinha striker much more. SEamus Coleman, Andros Townsend and Allan had to go to the place where the Brazilian was to calm him down. Finally, Lewin converted the penalty, but on the field they let themselves be seen very bad attitudes that do not serve as an example and expose a stain on the Premier League matchday.

Benitez on penalty incident: “We have this conversation before. The first one is Dominic and the second one is Richy. I’m pleased Dominic scored and everyone has to be happy. The first one in every game is Dom. If we have a second penalty in a game, it will be Richarlison. ” #EFC

The return of CR7: Cristiano Ronaldo is a new Manchester United player