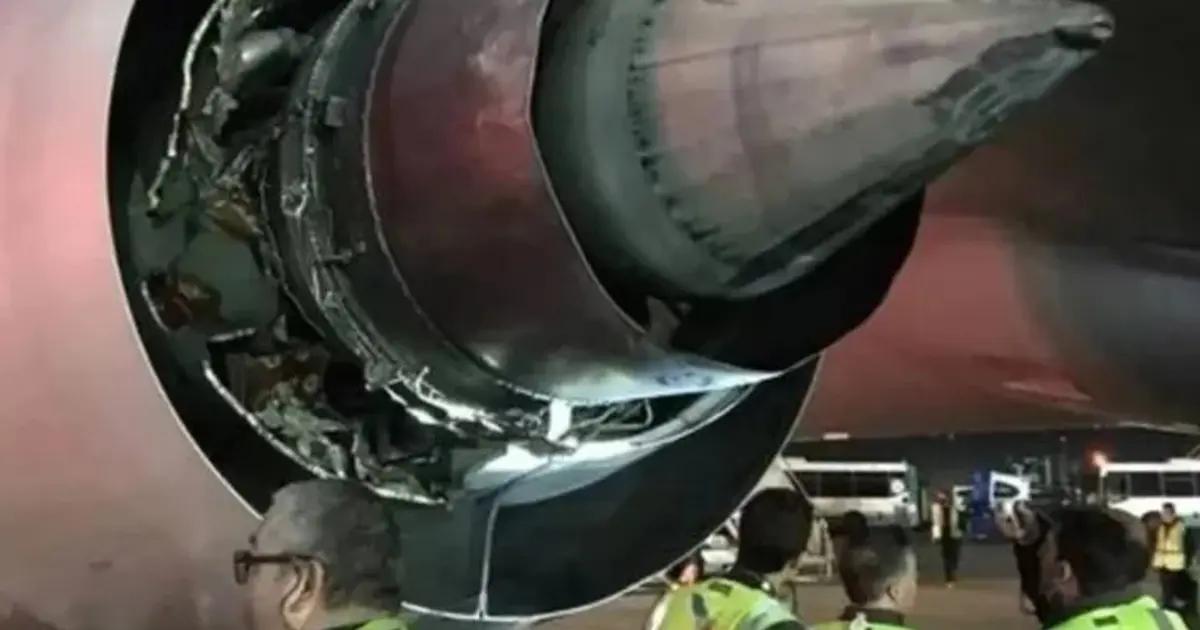 Passengers on an American Airlines Boeing 777 aircraft en route last night from Ezeiza International Airport to Miami experienced moments of high tension and anxiety. One of the engines caught fire after take-off, and the aircraft had to make an emergency landing, but no injuries were reported.

The plane departed at 10:28 p.m. and was in the air for 15 minutes after the problem was detected and help was requested from the airport’s flight control. According to a tweet from the Aviones Ezeiza account, which shows the status of flights in real-time, the ADS-B tracking system showed that the Boeing 777 reached a maximum altitude of 3200 feet, just over a thousand meters high, before returning and landing at 22:45.

After the aircraft’s arrival, all passengers were found out of danger and uninjured. Meanwhile, the runway was temporarily closed so that the fragments of the burned engine could be removed. As a result, some flights due to land were diverted to alternative airports, and there were delays in departures of just over an hour.

The engine failure may have been caused by a bird sucked into the turbine. This causes a loss of compression, which generally results in a loss of power in the engine unit and, as in this case, in the detachment of the affected parts, airline sources informed Télam.

As explained in the Aviones Ezeiza account, more technically, the aircraft had an engine stall or compressor stall during the takeoff run, that is, the compressor loss, which interrupts the normal airflow through the jet engine.

A twin-engine aircraft is designed to fly normally with only one engine so that the passengers can return safely to the ground on this occasion.

This Wednesday, another plane, a Latam flight connecting Santiago de Chile with Asuncion in Paraguay, had its nose blown off and suffered broken windshields when it flew through a storm that caused strong turbulence and frightened the passengers.

Upon landing at Silvio Pettirossi Airport, in the Paraguayan capital, after declaring an emergency, passengers could see the terrible state in which the aircraft ended up.

The aircraft landed with one engine down, windshields broken, and the front part destroyed, according to the ABC newspaper of Paraguay, which also showed photos of the aircraft on the runway when it managed to land after the complex flight.