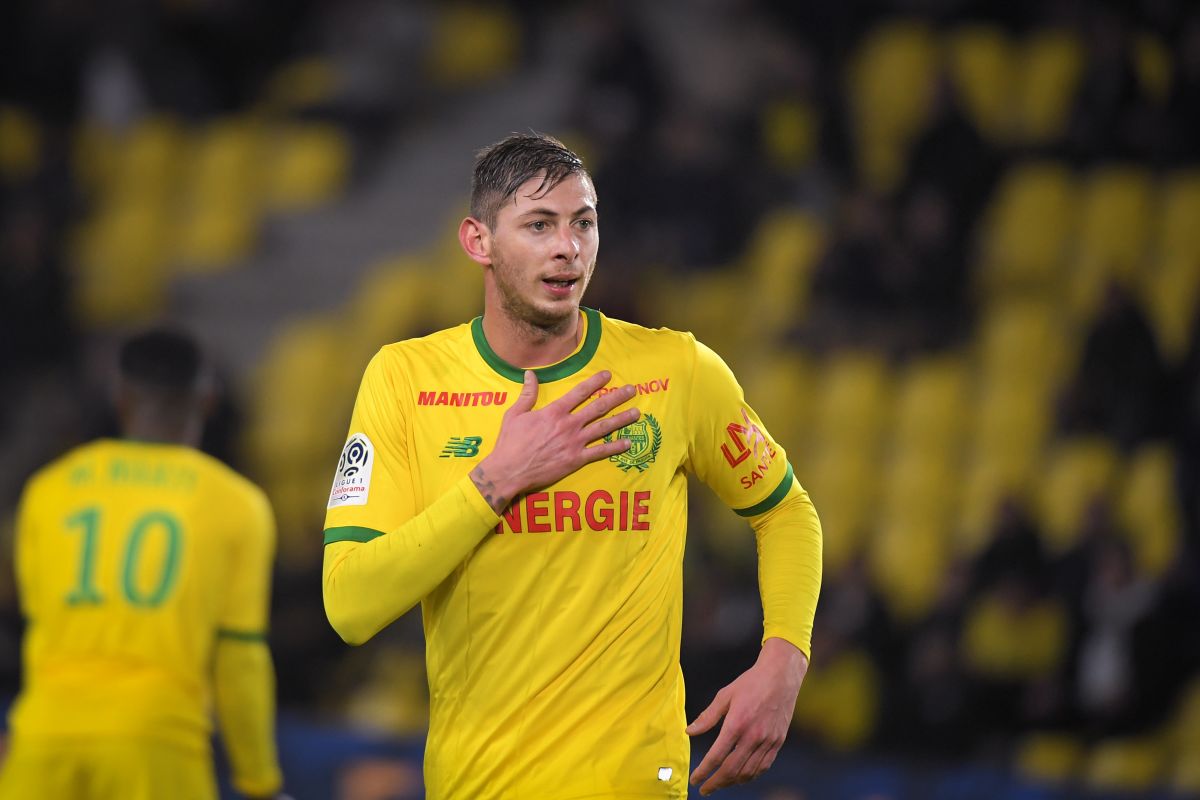 “I will have the life preserver on”the pilot David Ibbotson is heard saying before the disastrous flight in which the Argentine soccer player lost his life Emiliano Sala in an exclusive audio recording, to which the BBC had access.

On the recording, Ibbyotson, who also died in the accident, tells a friend that the plane was “defective”.

New footage was also revealed showing Sala before boarding the flight from France to Wales that later crashed in January 2019.

The Argentine footballer had just signed a millionaire transfer from the French club Nantes to Cardiff City in Wales, which was then in the Premier League.

Sala was taken by Ibbotson – who did not have a commercial pilot’s license and could not carry passengers – back to western France to say goodbye to his friends and collect some of his belongings.

He flew to Nantes on Saturday, January 19, and planned to return the following Monday, the day of the accident.

The BBC has obtained exclusive audio of a phone call to a friendly pilot revealing for the first time the technical problems Ibbotson encountered on the trip to France.

During the flight to Nantes, Ibbotson said he had heard “a pop” and complained that he could feel a “very light mist” inside the Piper Malibu plane., 35 years old.

“I’m in the middle of the (English) channel and ‘boom,'” Ibbotson told his friend Kevin Jones, describing the outburst during the flight to Nantes.

“I’m flying and then boom. I thought, ‘Is something wrong?’ So I pushed everything forward and checked my parameters, everything was fine and still in flight, but it caught my eye,” she said.

“That Malibu, occasionally you feel something like a mist from time to time. You can feel it, very, very lightly through the frame.”

Ibbotson, 59, said he realized that the left brake on the Piper Malibu was not working after landing at Nantes Atlantique airport. “This plane has to go back to the hangar,” he told his friend.

The conversation was mistakenly recorded and obtained by the BBC.

The only two people on board the plane were Emiliano Sala and David Ibbotson, from the town of Crowle, in northern England.

“How scared I am”

The soccer player also expressed his fears about the plane in Voice message that he sent to his close friends when he was taking off from Nantes.

The player said: “Dad, I’m so scared,” and commented that the plane was “just about to fall apart.”

“I don’t know if they are going to send someone to look for me because they are not going to find me,” Sala said in the message to her friends.

The young Argentine would have no notion that Ibbotson was not qualified to take him from Nantes to Cardiff on that fateful night. they were so alone an amateur pilot without a license to transport passengers or fly at night.

Cardiff City FC had offered the newly signed player a commercial flight, via Paris, but Sala wanted more time to say goodbye to his friends and former team-mates in Nantes before returning to Wales for his first training sessions with his new club.

So Willie McKay, the man who helped manage the transfer, booked the private flight – between Nante and Cardiff – through another pilot, David Henderson.

Since Henderson couldn’t handle the request, he called Ibbotson.

About an hour after taking off from runway three in Nantes, the Piper Malibu N264DB lost radar contact over the English Channel, and an air and sea rescue operation was launched.

The ship had been flying at an altitude of 5,000 feet, but the pilot lost control whenslit up to evade the clouds and attempted an emergency landing on the channel at a speed of approximately 434 kilometers per hour.

The accident investigators found that the soccer player would have been “deeply unconscious” from inhaling carbon monoxide and that the pilot would also have probably been affected.

The player’s body was recovered from the wreckage of the ship when it was discovered at a depth of 68 meters, two weeks after the accident. Ibbotson’s body was never recovered.

The N264DB aircraft was abandoned in the bed of the English Channel.

Henderson, who coordinated the flight, was sentenced to 18 months in jail. for having jeopardized the safety of an aircraft in the manner in which the trip was arranged and for commercial use of an aircraft without permission.