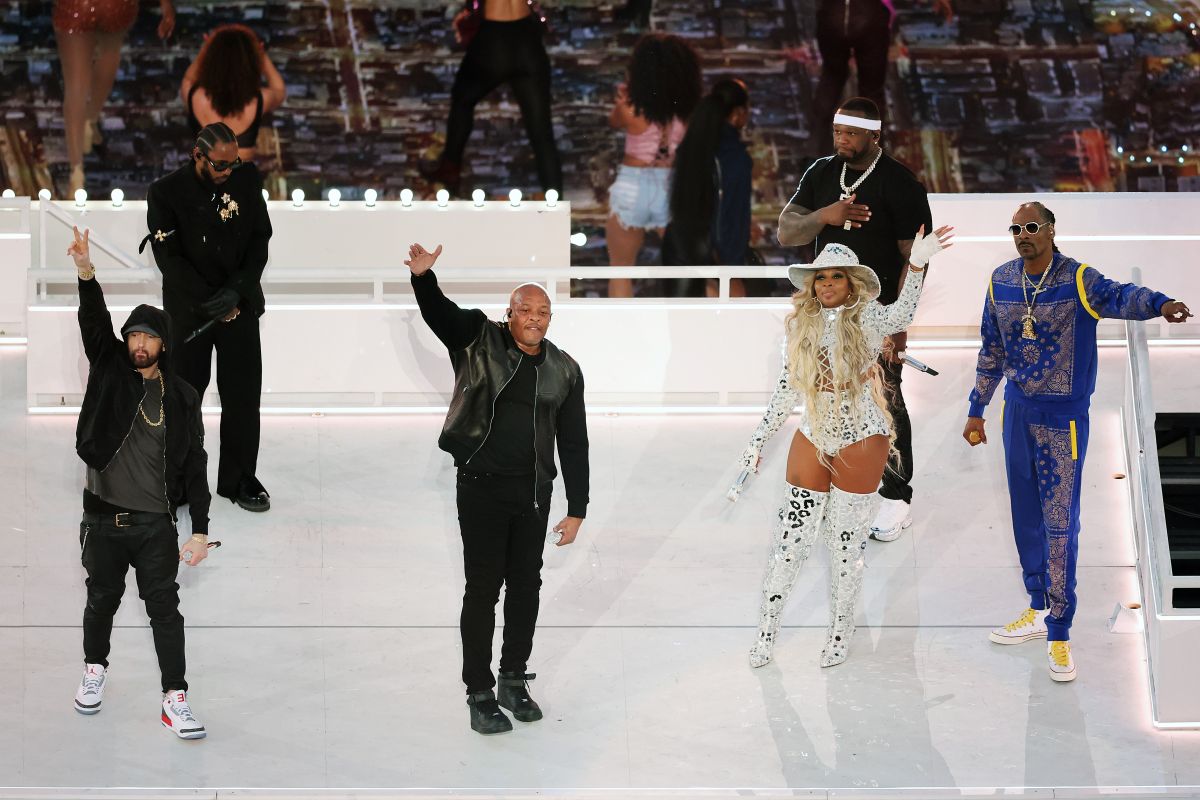 Eminem, Snoop Dogg, dr dre, Mary J Blige Y Kendrick Lamarwere in charge of entertaining the long-awaited half-time of the Super Bowl LVI, which takes place between the Cincinnati Bengals and the Los Angeles Rams at SoFi Stadium in Los Angeles. This lineup of American rap superstars will undoubtedly they vibrated to the public that attended the NFL final and to the millions of viewers from their homes.

This year, the halftime show was a tribute to hip-hop from the west coast of the United Statesand was produced by Roc Nation, Jay-Z’s production company, which handled the previous two shows.

The dancers, the play of lights to the rhythm of the music and an impressive stage were the perfect setting for Dr. Dre to kick off the show along with Snoop Dog with ‘The Next Episode’ to set the tone for the tribute to Tupac with ‘2 Big ‘, after them 50 cent came under the stage with ‘In da Club’, Mary J. Blige in a dazzling white suit put all the rhythm of R&B when performing ‘Family Affair’ and ‘No More Drama’. Kendrick Lamar appeared inside some boxes to break it with the song ‘Alrigth’. Eminem and his song ‘Lose Yourself’ wowed the crowd. Dr. Dre and Snoop Dog revived the old days and closed the show with ‘Still’, in what was an acclaimed and truly sensational show.

The Super Bowl is one of the most watched television broadcasts annually, as in previous editions it has attracted more than 100 million people around the world.