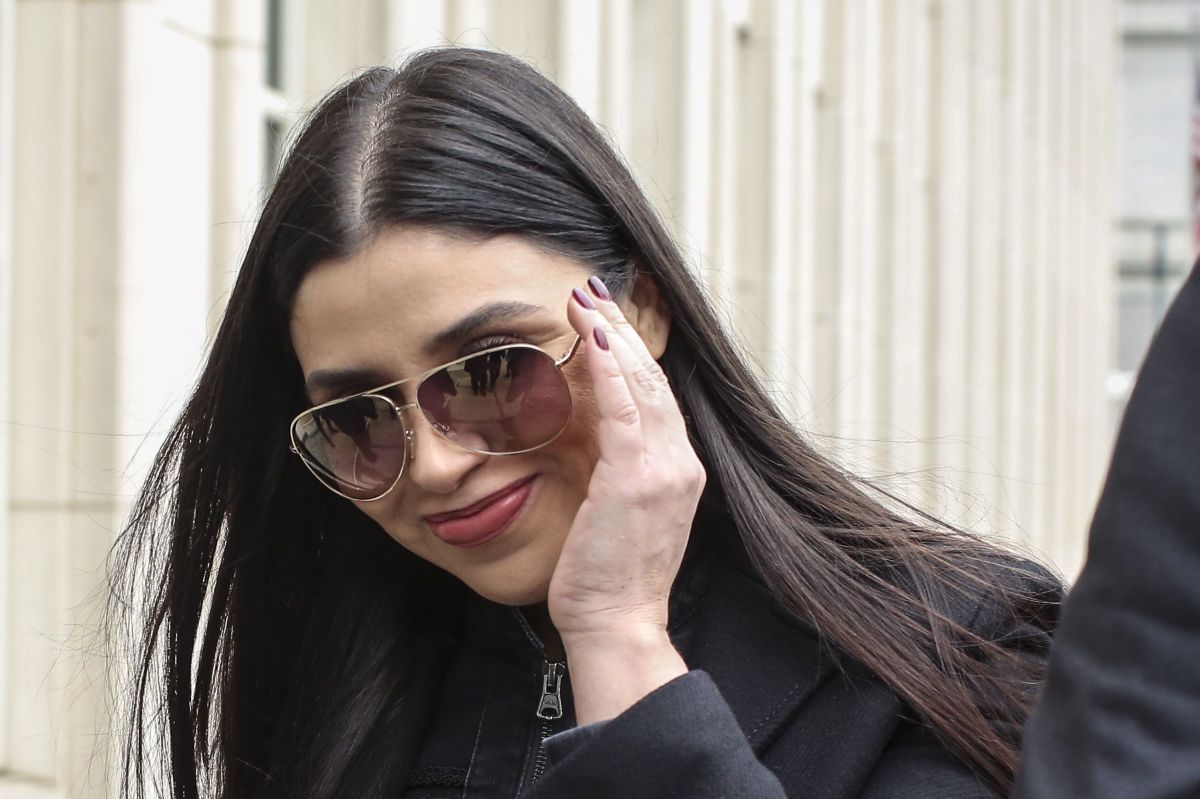 Alicia Machado and Ninel Conde they could be living their darkest hours, now that their names are being linked to drug traffickers, due to the book “Emma and the other narco ladies”, a letter from the journalist Anabel Hernandez, which has been published by the Penguin Random House publishing group. The image on the cover corresponds to Emma Coronel, known for her romantic relationship with Joaquín “El Chapo” Guzmán.

This topic was also discussed on the program Chisme No Like, hosted by Javier Ceriani and Elisa Beristain where even the fragments of the book where these stars of Hispanic television and music are mentioned were apparently read.

But in this scandal the name of the driver Galilea Montijo has also crept in. In September of this year, Javier Ceriani, through his program, spoke about the investigation that would be opened on the alleged properties that the Mexican driver has in Miami. And it is that apparently they began to trace how these goods came to their power.

In the program they also talk about how apparently the host of the Hoy program received gifts ranging from jewelry such as a Rolex and property, all, supposedly, from Arturo Beltrán Leyva, the leader of the cartel who bore his surname.

However, it should be noted that recently they ensure that the name of Galilea does not appear in the publication and that the same publisher is circulating this statement. So it seems that even Gustavo Adolfo Infante himself mentioned it. This fact has been commented on in Gossip No Like, and both Javier and Elisa glimpse the possibility that the publisher is retracting? following possible censorship.

Galilea Montijo made use of her social networks to address the issue, and defended herself claiming that much, if not everything that is said about her and her family is false. He also clarified that he will take legal action, but that he will no longer talk about the matter, which is why this topic ends on his Instagram account with the following video, which already has more than one and a half million views.

In this he has received the support of many celebrities. Here are some of the messages that have reached the host of Televisa’s Hoy y Pequeños Gigantes program:

Anahí: You are the hardest working person! Always filling everyone with joy! It breaks my heart to see your tears. God fill you with blessings and joys. May everything beautiful and happy always see your eyes.
Sherlyn: You are joy, love and an example of courage, work and dedication, let no one cloud your eyes! I love you very much
Zero Soul: My beautiful girl a few days ago the press asked me what is my opinion about this difficult moment that you are going through … I told them that the only thing I can feel when I hear the name of Galilea Montijo is love and gratitude, because I remember when I met you You treated me lovingly and the day I had to alternate with you the female lead in “Orgasmos la comedia”, you left a beautiful detail in the dressing room and a prayer of encouragement for my premiere and that has never been done by another partner in my entire career … speak of your heart, humility and respect for your work and others. As Salvador Dalí said
“That they speak well or that they speak badly, but that they speak, preferably badly because of the mediocre it is said pure wonder” I love you
Andrea Escalona: Your pain hurts, I love you and those of us who know you know the kind of queen and human being you are 🙏🏻❤️ always with you Gali.
Lambda Garcia: Nobody doubts your worth and you the beautiful person that you are. You are and you deserve all the good things always.
Cecilia Galieano: GALILEA you are joy and there are many years of work on the spine !!!! I respect you and move forward. Strength, you are a warrior!
Tania Rincon: All my love and respect for you Gali
Ludwica Palette: I hug you tight Gali precious
Jomaro Goyso: Love u! If God with you, who against you!