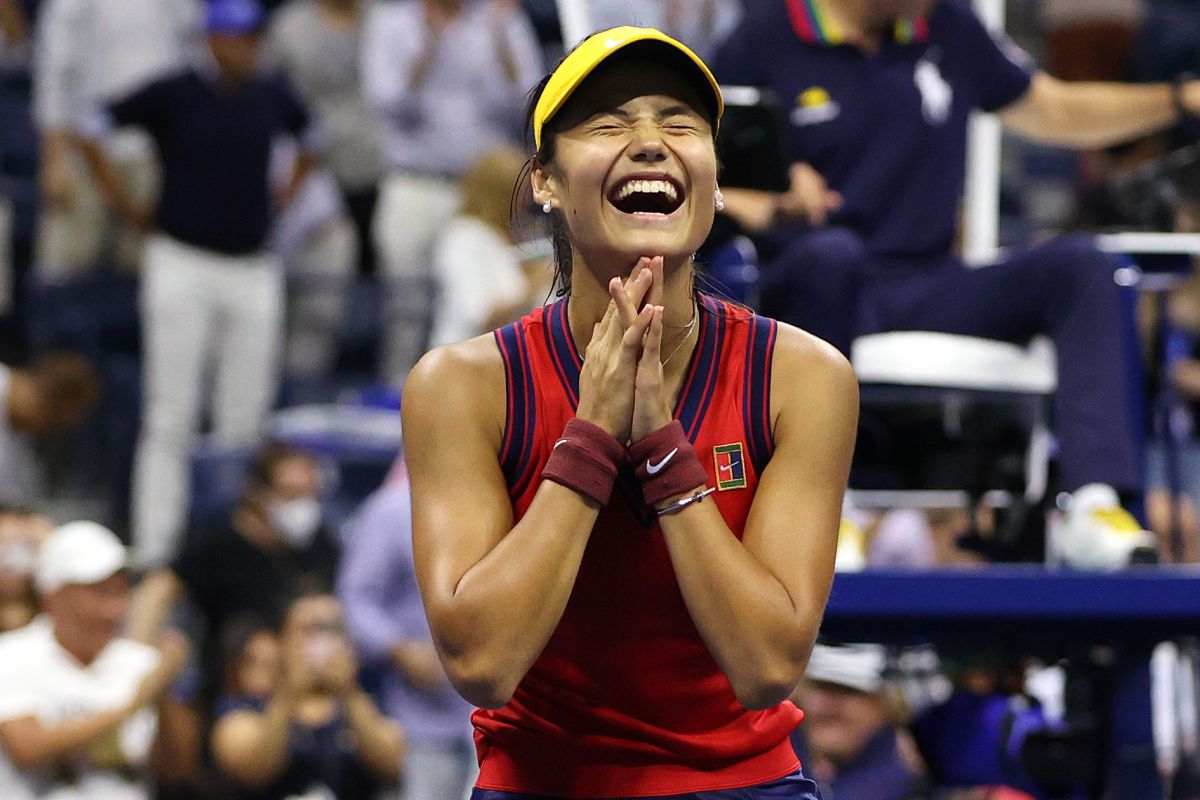 QUEENS, NY – The Women’s US Open is a teen issue this year. Leylah Fernández, just turned 19, and Emma Raducanu, 18, will play on Saturday the first final between “teenagers” in New York since 1999, when Serena Williams defeated Martina Hingis. It will be the eighth Grand Slam final between two under-20s in the Open Era.

The british Raducanu beat Maria Sakkari with authority on Thursday night by 6-1 and 6-4 in 1 hour and 24 minutes. It was his ninth game in the tournament, as he had to overcome three already in the qualifying phase. “With each one I gained confidence in my game,” he said just before taking to the track. In all of them he won in two sets.

Raducanu, world number 150, will be the youngest Grand Slam finalist since Sharapova at Wimbledon 2004. And the first in history to achieve it from the previous phase. He has not yet won any tournaments as a professional. The first will be the one that pays the most in prizes in the world, if on Sunday it beats Fernández, number 73 in the world ranking.

Ladies and gentlemen, Emma Raducanu. The first person in history – man or woman – to reach a Grand Slam final having played the previous phase. He has 9 games in this #usopen and has not yielded any set. Saturday, @EmmaRaducanu vs @leylahfernandez (18 and 19 years old). pic.twitter.com/KQlnJWQgvM

The young woman with a Romanian father and Chinese mother – she was born in Toronto but moved to London at the age of two, where she started playing tennis at the age of five – commanded the match from the outset, despite initial nerves.

In just his first two service games, Raducanu had to defend seven break balls. But he overcame them all. At the same time, he took advantage of the first one he had in favor, in the second game. And in the fourth he put pressure on Sakkari’s serve to repeat the break. In 28 minutes of the game he was already leading 5-0 on the scoreboard.

Follow the party of the teenagers in the #USOpen. The English @EmmaRaducanu, 18 years old, takes the first set 6-1 of the second semifinal against @mariasakkari. He comes from the preview of the tournament, has 9 games and has not lost a set yet. pic.twitter.com/QroP6KW3t4

The second set had a similar fate. The result was misleading, since Sakkari’s power – 18th player in the world – never hurt Raducanu’s speed. The Greek gave up her serve in the third game and was in tow until the end of the match, watching the British knock her off the court with both her flat forehand and her tremendous two-handed backhand.

On Saturday, against the Canadian Fernández of an Ecuadorian father and Filipino mother, Raducanu may become the second British to win the US Open after Virginia Wade in 1968.

Fernandez won her semifinal against Aryna Sabalenka just before the match between Raducanu and Sakkari.

· Read more: Djokovic against Zverev: more than a rematch a place in history is played