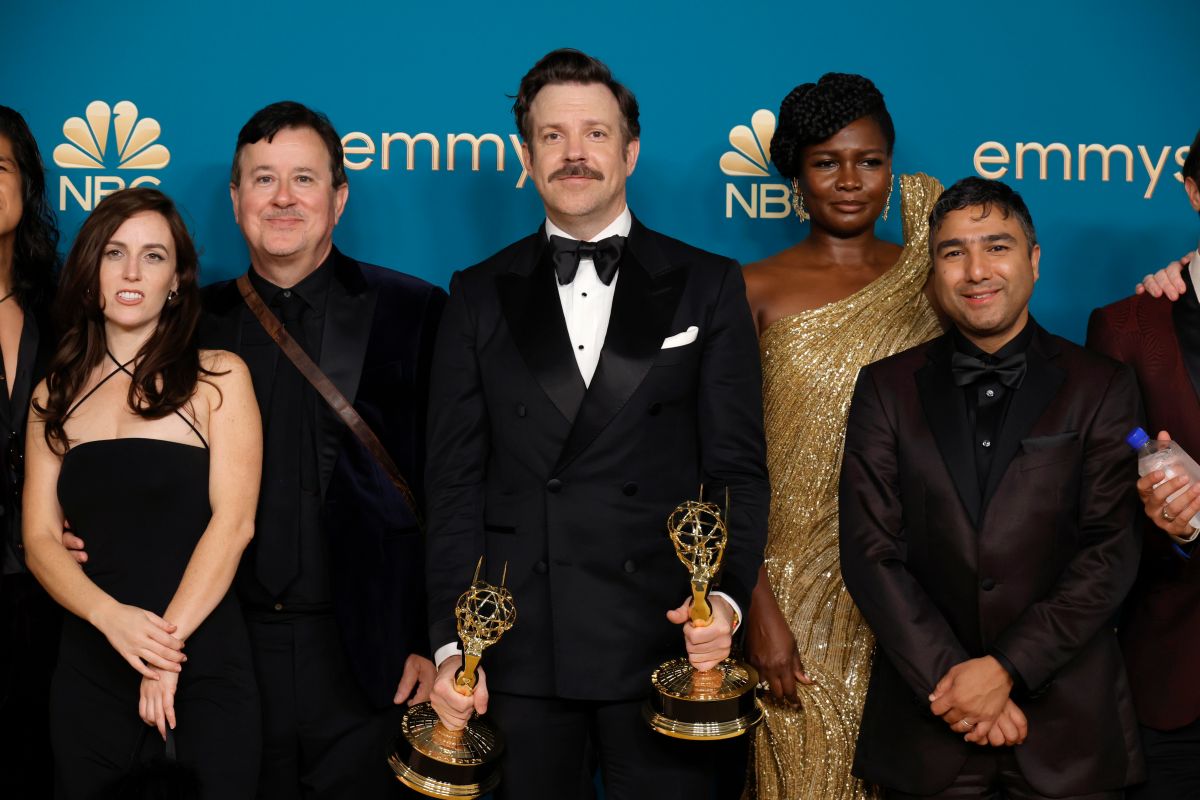 The family dramaSuccession” and the soccer comedy “Ted Lasso” obtained the maximum honors in the delivery of the 2022 Emmy Awards in a ceremony that distributed their statuettes among repeated winners in consecutive years and honored several debutants.

Jason Sudeikis and Jean Smart collected acting trophies in a row, while Zendaya received her second award for Actress in a Drama for “Euphoria.”

“Thank you for creating such a safe space to make this show so difficult,” said Zendaya, a two-time winner for “Euphoria,” the drama series about teens and their difficult coming of age.

“My greatest wish for ‘Euphoria’ was that it could help heal people,” she added.

Sudeikis won his second consecutive trophy for the soccer comedy “Ted Lasso,” with Smart matching that haul for the stand-up comedy “Hacks.”

“I didn’t think I had a chance because of the incredible group I shared a nomination with. I wasn’t prepared,” Sudeikis said.

Ralph halted the Emmys by accepting the award for Supporting Actress in a Comedy for “Abbott Elementary” with a short but poignant song of affirmation.

“I am an endangered species but do not sing a victim song. I am a woman, an artist, and I know where my voice belongs,” she yelled. “I’m here to tell you this is what believing looks like.”

The co-star of “Ted Lasso,” Brett Goldstein, won the award for Comedy Supporting Actor, while Matthew Macfadyen of “Succession” and Julia Garner from “Ozark” got Drama Supporting Actors.

The presenter Kenan Thompson opened the Emmys with a tribute to television, dismissing Tik-Tok as “little vertical television,” and a musical number saluting themes from shows like “Friends” and “Game of Thrones.”

Once the music stopped, Thompson announced Oprah Winfrey as the first presenter, who took the stage strutting with an Emmy statuette and declared the night “a party.”

The first prize went to Michael Keaton for his role in “Dopesick,” who had never received one of these statuettes.

The actor recalled the “magic” of discovering television when his father won one in a raffle and thanked his parents for not making fun of his youthful attempts at acting.

Amanda Seyfried went home with the Limited Series Actress trophy for “The Dropout” and thanked family, colleagues, and even her dog, Finn.

Jennifer Coolidge, who won the Supporting Actress award for “The White Lotus,” delighted the audience by dancing to music meant to interrupt her thank you speech.