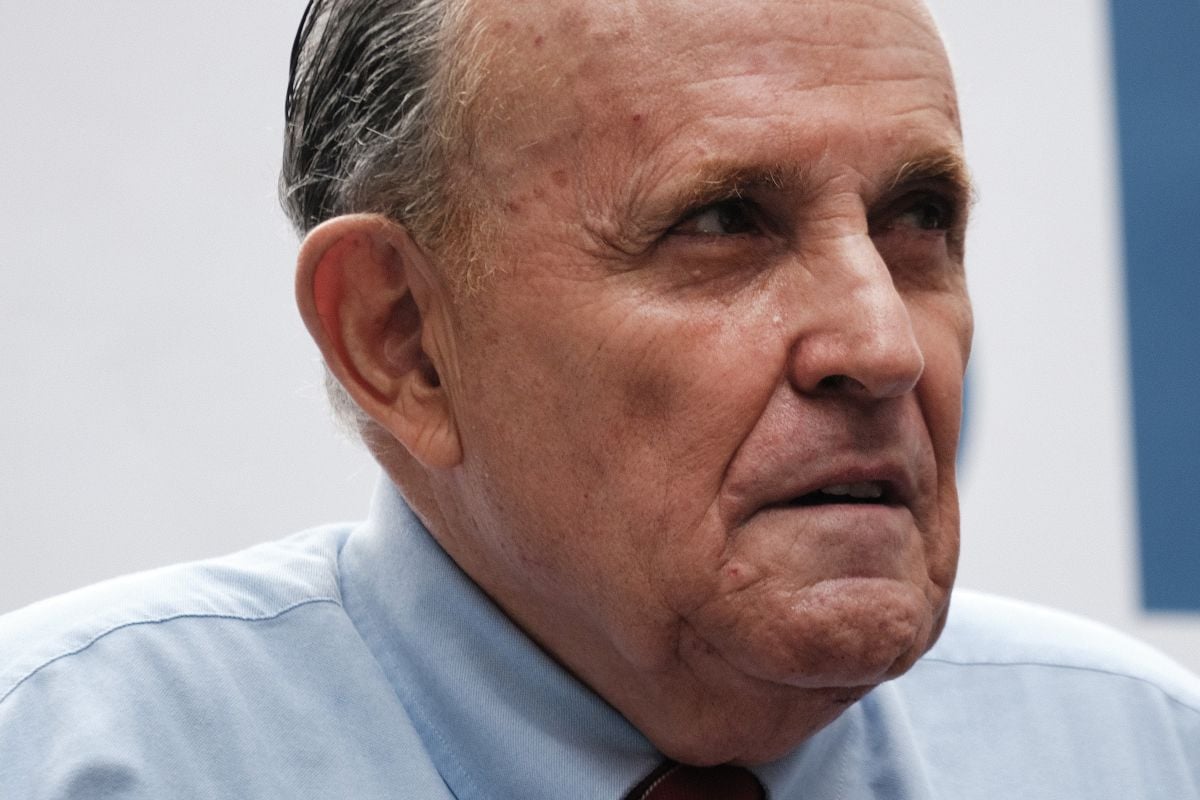 Former Mayor of New York Rudy Giuliani, said he was severely beaten by a supermarket clerk who was in favor of abortion, expressed that the city has become the “wild, wild west”, however, the charges against his alleged aggressor were lowered, and the worker’s lawyer called the “attack” a simple tap on the back.

“He hit me to get me down,” Giuliani, 78, said of suspect Daniel Gill. “If that doesn’t warrant going to jail in New York, we’re in the Wild West.”

The former president’s lawyer, Donald Trump, said he could have fallen to his death, adding that an elderly uncle died from a fall.

“I was hit in the back like I was hit by a rock,” Giuliani said. “It hurt tremendously. I didn’t know what it was. I had no idea what it was. And suddenly I heard someone yell something at me, dirty curses and some more dirty curses as he backed away, ran away. Then he turned around and said that I was a murderer of women”.

Nevertheless, Daniel Gill’s attorney, Susan Platis, told a judge in Staten Island Criminal Court that the slap “appears to be a blow to the back” and that the only threat she could observe came later when someone who was with the former mayor chased after him. to the employee, hit him and threatened him.

Gill, 39, half Giuliani’s age, was initially charged by authorities with felony assault because the victim is over 65.

But the Staten Island district attorney’s office decided instead on a misdemeanor assault, in addition to two other misdemeanors, for threats and harassment.

Giuliani was campaigning for his son Andrew, who is running for governor of New York, when he used the bathroom at a ShopRite. It was at this point that Gill patted the former mayor on the back and allegedly said “What’s up motherfucker?”

The employee told the Republican politician that his pro-life stance would target women, an apparent reference to the Supreme Court decision that overturned Roe v. Wade.

“He kept cursing, he wouldn’t stop,” Giuliani said. “He kept threatening me and threatening me. So I said arrest him, make him an example because this is happening too much across the country.”

District Assistant Darren Albanese told the former mayor he complained of “substantial pain” in his back, “took a step forward and lost his balance” and may need to visit a doctor.

Albanese questioned in court whether Gill “would use the requisite good judgment to return to court when directed” as the incident took place in front of multiple witnesses.

However, Gill’s attorney said he has no prior arrests and argued he should not be subject to even supervised release.

The video of the meeting, he said, “is not really useful for the prosecution.”

“I think it actually shows a pat on the back, which is not criminal conduct,” Platis said. “Here there is no intention to harm anyone. [Giuliani] You may have been shocked and stunned to be tapped on the back… but you are a public figure, Your Honor. Being talked to and told things shouldn’t surprise him and he should anticipate it.”

Gerianne Abriano, a judge in the case, released Gill without bail but produced a protective order prohibiting her from getting close to Giuliani.