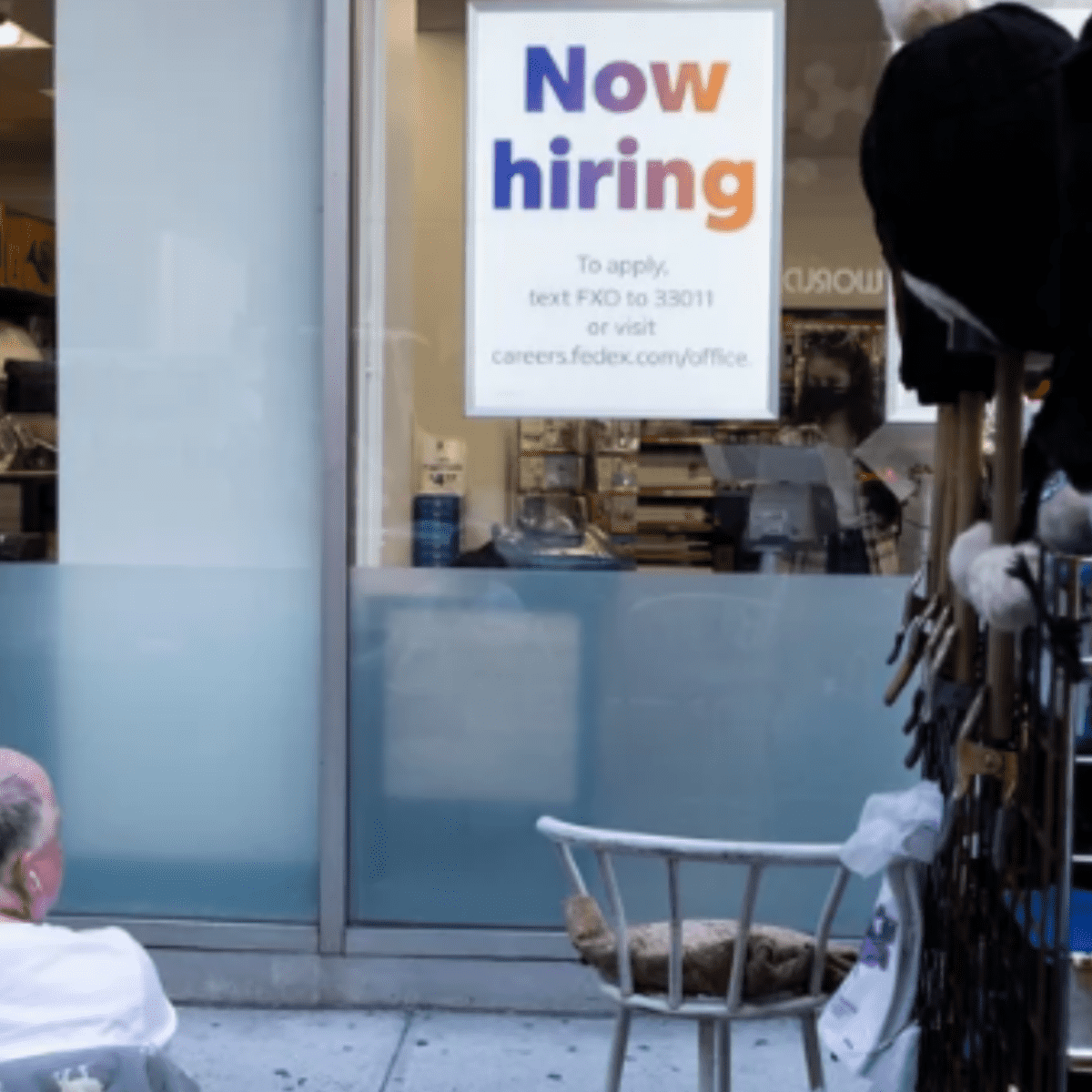 United States.- Salespeople, waiters, teachers, postmen… job offers abound in the United States given the drop in the number of available workers since the pandemic began, between retirements, immigration restrictions or long-term covid.

Along freeways, “Staff Wanted” signs hang from the fronts of restaurants and other businesses.

But while employers want to hire more than ever because of Americans’ spending spree after the pandemic, they are struggling.

According to the most recent data available, in June there were more than 10 million job openings for less than 6 million applicants.

“We have many jobs, but there are not enough workers,” and “this shortage affects all sectors,” summarizes the American Chamber of Commerce, which represents the country’s companies, in a statement.

Many people stopped working in the spring of 2020, when the US economy was hit hard by the pandemic, and did not return.

“We would have 3.4 million more people in the labor market” if the participation rate, of 62.1% in July, was still 63.4%, as before the pandemic, calculated the employers’ organization.

But where did they go?

Many have retired: “The American population is aging,” Nick Bunker, head of economic research and US labor market specialist for the job search site Indeed, tells AFP.

The “baby boomers” had already begun to leave the labor market before covid, but there was an “acceleration” of retirements at the beginning of the pandemic crisis, Diane Swonk, chief economist at KPMG, tells AFP.

Millions of people took early retirement, fearing for their health, and took advantage of rising stock and real estate prices to sell and enjoy their savings.

In the short term, “we are unlikely” to find the mass of workers before the pandemic again “due to the aging of the population,” warns Nick Bunker.

Indeed, the restrictions imposed by the Donald Trump administration had practically halved immigration between 2016 and 2019. And then the covid reduced the arrivals of foreigners, which in 2021 represented just a quarter of those in 2016.

“It has picked up a little bit but not yet to the levels that we knew a few years ago,” Bunker said.

The Chamber of Commerce agrees that the deficit of workers has to do with “early retirement and low migration.” But also with the generous government aid in the pandemic, estimating that “they inflated the finances of some previously employed workers” who “no longer need to work.”

Women also stopped working in 2020, as many schools were closed at times for a year and a half. And not all have restarted classes, due to the lack of personnel in the nurseries.

Diane Swonk also highlights “the effects of the pandemic itself” on people who have contracted the virus, or are suffering from long-term covid, “one of the most underestimated and misunderstood problems, driving people out of the workforce.”

To address this lack of workers, mechanisms must be found for people to return to the labor market. But the frenzy of consumption must also be reduced, so that companies need fewer staff.

The labor shortage is expected to continue, but to ease somewhat, as the fight against high inflation implies a slowdown in the economy, and therefore in employment.

Meanwhile, wage earners take advantage: For a year now, millions of them have changed jobs every month, as employers compete with each other by offering better wages and better working conditions.

This phenomenon increased the average wage per hour. In the private sector it is now 32.27 dollars, an increase of 5.2% in one year, which in turn has contributed to fueling inflation.

The labor market recovered in July. The 22 million jobs destroyed by covid-19 were newly created, and the unemployment rate fell to 3.5%.