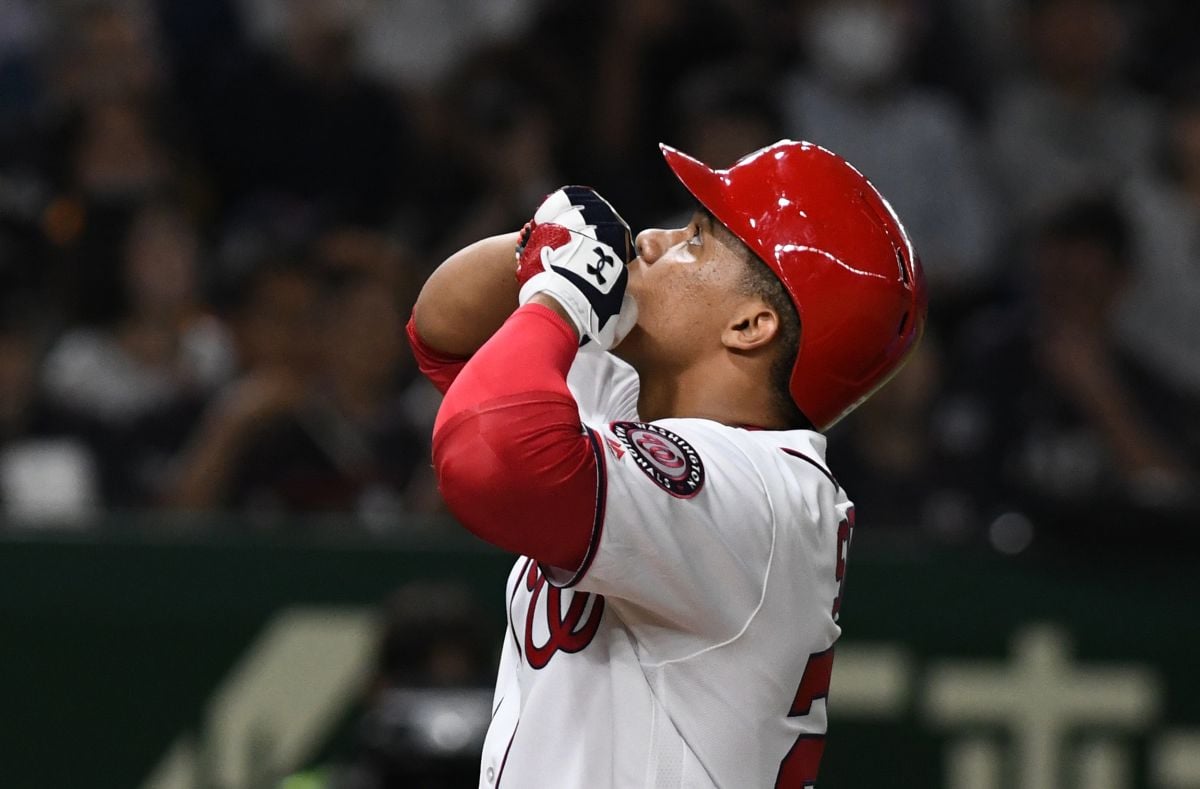 The novel by Juan Soto has ended, the Dominican already has everything agreed with the San Diego Padres and this was confirmed by the team with an image through their social networks, as well as the patrolman who posted said image in his Instagram stories. Undoubtedly, this incorporation is perhaps the most important in the MLB trade market and it ended up materializing just a few hours after the end of it.

The AP agency confirmed the transaction that included a large number of people involved. The San Diego Padres also acquired the services of first baseman Josh Bell and sent no less than 12 players to the Washington Nationals.

The achievements of Juan Soto at 24 years old

At just 24 years old, Dominican patrolman Juan Soto is considered one of the most powerful bats in the Major Leagues. and therefore he was perhaps the most sought-after player on the trade market after refusing to re-sign with the Nationals. It should be remembered that he was a fundamental piece in obtaining the first championship of the Washington ninth in 2019.

Also Juan Soto won the National League batting title in 2020, averaging a solid .361 that yearTo all this we must add that he is the player who has received the highest number of stolen bases in the last two seasons.

A dream lineup put together by the Padres

We must add to the arrival of Juan Soto to the San Diego Padres, the Dominicans Manny Machado and Fernando Tatis Jr.the latter awaiting his return after an injury to his left wrist that keeps him out of the field of play.

Faced with this dream combination, San Diego franchise player Wil Myers declared: “It’s impressive to be able to have those three players on the same team. Looking forward to seeing that trio, hopefully in the next week or two“, he claimed.

Juan Soto against all

It should be noted that the Cardinals and Dodgers were also on the trail of Soto, however, the Padres gave it their all by completing one of the most amazing transactions of recent times. Likewise, certain obstacles had to be overcome, such as Eric Hosner’s blockade, an issue that was finally resolved and allows Juan Soto to now wear the colors of the San Diego Padres.

. The Angels decide to keep Shohei Ohtani despite having heard offers for the Japanese star
. Venezuelan Ehire Adrianza returns to the Atlanta Braves after leaving the Washington Nationals in the MLB
. Clayton Kershaw’s emotional moment at the press conference after the MLB All-Star Game