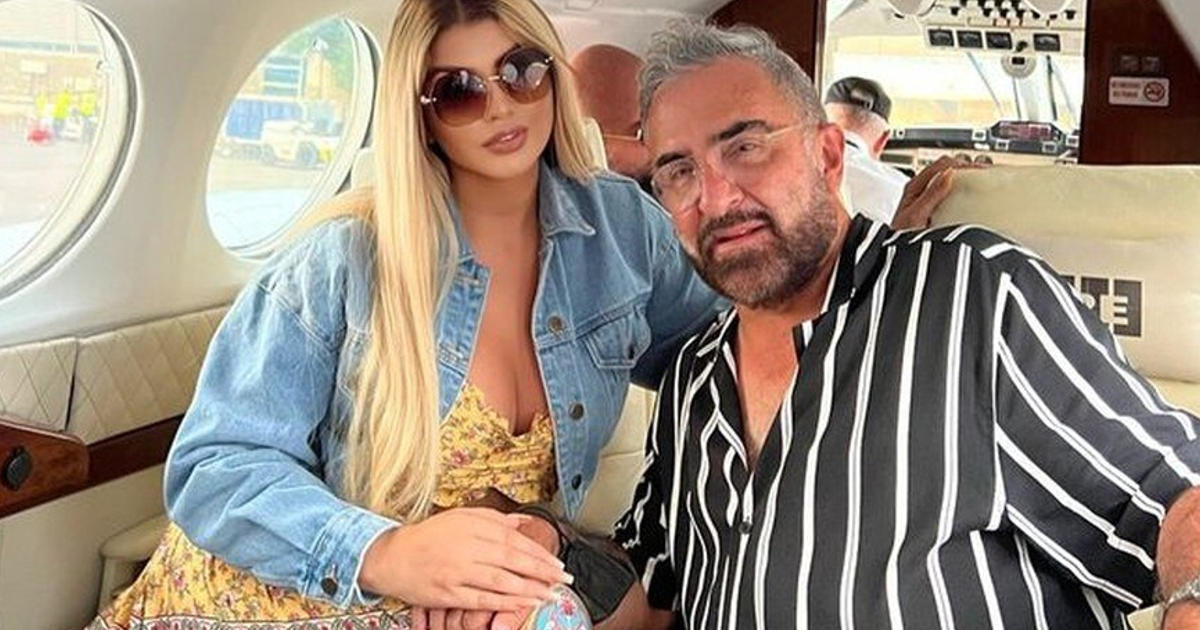 Vicente Fernandez Jr. believed in love again and opened up to have a relationship with Mariana Gonzalez Padilla, who today appears in Rica Famosa Latina.

Vicente Fernandez Jr. is going on three years dating 39-year-old Mariana Gonzalez, and although they have not talked about marriage, there are already signs of this.

They would reveal their engagement with a photo of the influencer and a modification in the Instagram of Vicente Fernandez Jr., 58 years old.

With discretion: Mariana González is already the fiancée of Vicente Fernández Jr.

Not even what Mariana Gonzalez has said in Rica Famosa Latina about being interested in Vicente Fernandez Jr.’s money has led to the end of the relationship.

And the fact is that the influencer has lived with the singer since the death of his father, Vicente Fernandez, who has been dead for a year now.

Everything seems to indicate that this and other experiences have united them more and more, and now their engagement is added; Mariana Gonzalez and Vicente Fernandez Jr. are going to get married.

In a very discreet way -unlike what has happened before- Mariana González showed an impressive ring in a couple of selfies she uploaded to Instagram.

And since none of them show Vicente Fernández Jr. but only the influencer wearing her ring, it went unnoticed that it was an engagement ring.

And since Vicente Fernández Jr. appears in none of them, but only the influencer wearing her ring, it went unnoticed that it was an engagement.

Even she only placed in her description “you are,” while the singer let her see his love, “I love you my heaven.”

These actions of Mariana Gonzalez were commented on by Sale el Sol, as they said that it was noticeable that the important thing was not her future husband, but the huge ring she now has.

And if there was any doubt, Vicente Fernández Jr. decided to change a bit his Instagram bio and add a romantic and affirmative touch to the ring that Mariana González showed off.

It was the first of December that Vicente Fernández Jr. gave the engagement ring to Mariana González Jr., although it is unknown how the romantic moment was.

With the news that Mariana González and Vicente Fernández Jr. were getting married, Gustavo Adolfo Infante showed that he still can’t get over the influencer in Rica Famosa Latina.

It was just mentioned in Sale el Sol, “Mariana Gonzalez is getting married,” when Gustavo Adolfo Infante interrupted, “With the girl there (Rica Famosa Latina)?”

Well, let’s remember that there have been two chapters where the influencer is seen kissing 45-year-old Marcela Iglesias.

Wanting to continue bothering with her comments and after Gustavo Adolfo Infante denied that the wedding would be with Vicente Fernandez Jr, she said if he would invite her to the wedding.

“How did I see her so thrown forward, hey, but will she invite the one who kisses on the reality show?”