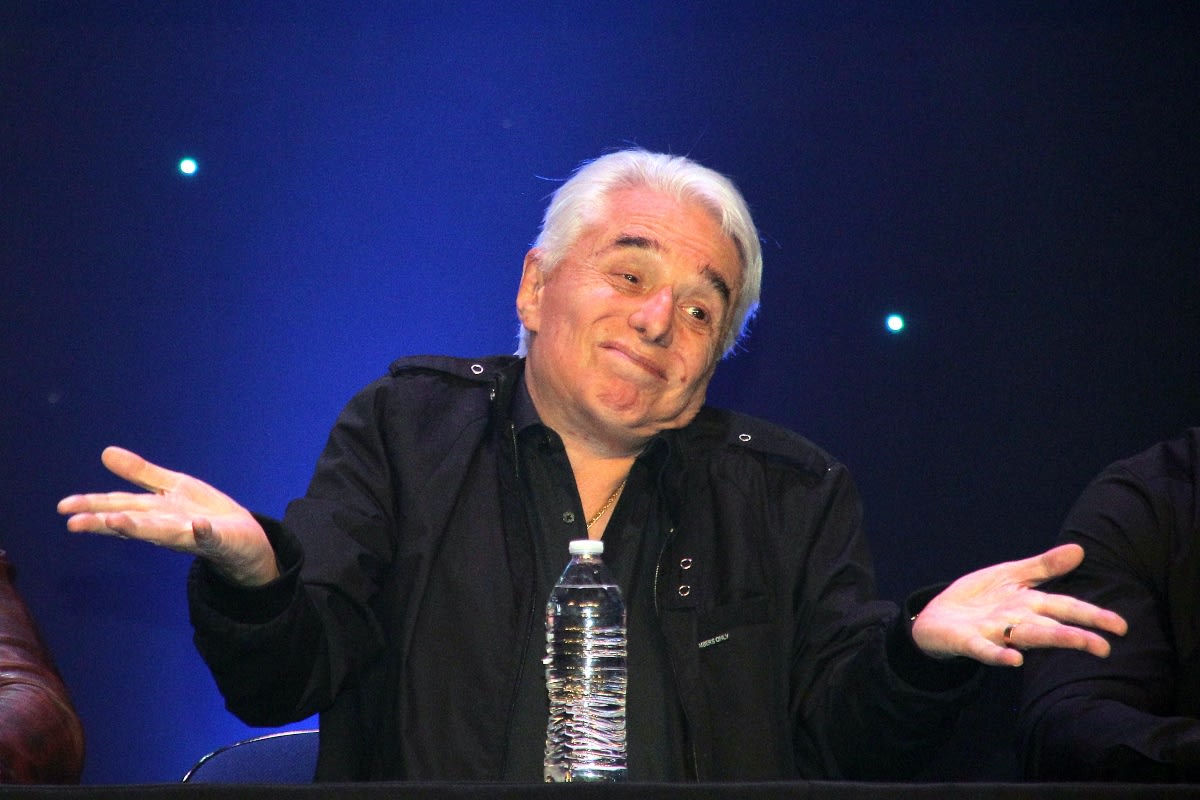 It was in the first months of this 2021 that Frida Sofía, daughter of the singer Alejandra Guzmán, surprised everyone by confessing that she suffered sexual abuse from her grandfather, Enrique Guzmán, when she was just 5 years old. As of that date, a war of declarations and denunciations began that seems to have no end.

One of the actions taken by the interpreter of La plaga was an alleged complaint in the United States for defamation against his own granddaughter, which they claim he has already withdrawn, but now they say that what he wants is for the young woman to offer him a public apology.

It was in the program Firsthand, a video that is available on the Imagen Entertainment YouTube channel, that journalist Gustavo Adolfo Infante announced that Enrique Guzmán gave up following this process, even that he had received support from Alejandra Guzmán .

“On September 27, the rocker denied this statement by her father through a statement. Guzmán assures that he forgives his granddaughter, but awaits a public apology, and stressed that Alejandra herself asked him not to include her in his decisions, ”said Gustavo Adolfo.

What will happen between Enrique Guzmán and Frida Sofía?

Next, the journalist reported that Enrique Guzmán indicated that, if Frida Sofía continues with the legal process against her, it is difficult for her claim to proceed. For her part, the driver Mónica Noguera indicated that the lack of money and the lawyers would have been an impediment for the process to continue.

“Enrique does not have the (economic) elements, he does not have the support of his daughter and he has to hire a lawyer in the United States, pay him in dollars,” said Gustavo Adolfo Infante, while the driver Lalo Carrillo pointed out that withdrawing the lawsuit, already whether in Mexico or the United States, it is a setback for Enrique Guzmán.

In another vein, Adolfo Infante assured that Frida Sofía already has her green card, so she would be able to travel to Mexico: “I don’t know if she is going to come or not, but I think she can come to ratify the complaint criminal against his grandfather Enrique Guzmán, even his mother ”.

“Mr. Enrique Guzmán has gone from fall to fall in each of his statements, each day they are more illogical, more out of place, disproportionate, denied by the same family, and what a shame that he has ended with a great career in one way so unpleasant and with such an ugly signal, “said the journalist.

They go with everything to Enrique Guzmán

It did not take long for users to express their points of view after it became known that Enrique Guzmán wants his granddaughter Frida Sofía to offer him a public apology: “I don’t believe anything in this old man, it is enough to know what that old man is like. ”.

“As the daughter (Alejandra Guzmán) did not follow the macabre game, because it goes backwards”, “Dreams the ruquillo Guzmán”, “I do not believe anything to this man and less to the great mother, Alejandra. They are the worst as human beings.

The complaint that Frida Sofía filed against Enrique and Alejandra Guzmán last June for the crimes of sexual abuse, family violence and corruption of minors, has not been ratified, the singer said in a press conference where he also affirmed that for him, the Alejandra’s daughter no longer belongs to her family.

“My granddaughter is supposed to ratify her accusation and she hasn’t, I don’t know why, I suppose that, since she has no way of proving that I ever had some strange relationship with her, that’s why she doesn’t ratify anything, while she doesn’t ratify nothing happens, I am calm ”.

“Nobody accuses me of anything”

“For my part, I have nothing to say (to Frida Sofía). He has not said anything, he has not ratified anything, nobody accuses me of anything, I suppose that maybe he is better now than before, “said Enrique Guzmán, who took the opportunity to deny that, supposedly, they have offered money to the model to desist from the complaint and lawsuit, as published by a magazine with national circulation.

“It is not true, it is a quite difficult magazine to understand. If she presents an accusation, she will have to prove it, the people who accuse you of something, to prove it, but in this case since it does not exist because it has no form (the accusation), “he said after denying that he wants to reach an agreement with his family to sort things out.

And, regarding the recent death of Natasha, daughter of Pablo Moctezuma and, in turn, half-sister of Frida Sofía, Enrique commented: “Karma is karma,” he emphasized. The 24-year-old girl died in the United States in early September, suffering from lung problems and epilepsy.

Enrique Guzmán also shared that his daughter Alejandra is in very good health and without worries regarding the case of Larry Ramos, Ninel Conde’s partner, accused of millionaire fraud against more than 200 people, including The Queen of Hearts, and that about days he escaped from house arrest in Miami, Florida.

“I know well how the matter is, these businesses in which the percentages are very high, they are worrying because a lot of people appear alive on the road, but Alejandra is very calm, she is very well, I just saw her a few days ago. She is in Miami right now and she looks good, worried that from here until this man pays her, it is difficult, “he said.

The singer thanked being able to return to the theaters by the hand of producer Alejandro Gou, to say goodbye to the musical Jesus Christ the Super Star, together with the original cast: “I am very happy to return, I was urged to be here. I feel better than how I look, “he said (With information from the Reform Agency).

“I only wish him the best.” Mexican singer Alejandra Guzmán surprises on social networks by presenting a statement in which she informed that she will not take any legal action against her daughter Frida Sofía, nor that she is in complicity with her father Enrique Guzmán, stating that she only wants the best .

After this, the same singer with “the purpose of clearing his name” decided to file a counterclaim against his granddaughter in the United States. According to the Univisión portal, the singer reported that he had a ‘green light’ to proceed against her, because supposedly Frida Sofía did not have enough evidence to prove the crimes that the singer is accused of.

However, many have wondered what actions her mother Alejandra Guzmán will take, since she was indirectly involved with the charges that her daughter Frida Sofía imputes to her grandfather Enrique Guzmán, to which the Mexican singer reported in a statement that she will not take any legal action against your daughter.

Through a statement through social networks, the Mexican commanded to ‘silence’ all the speculations that were had in this regard, after her father reported that she herself had given her consent to proceed against her granddaughter, to which she The singer comments that she will not do anything against Frida.