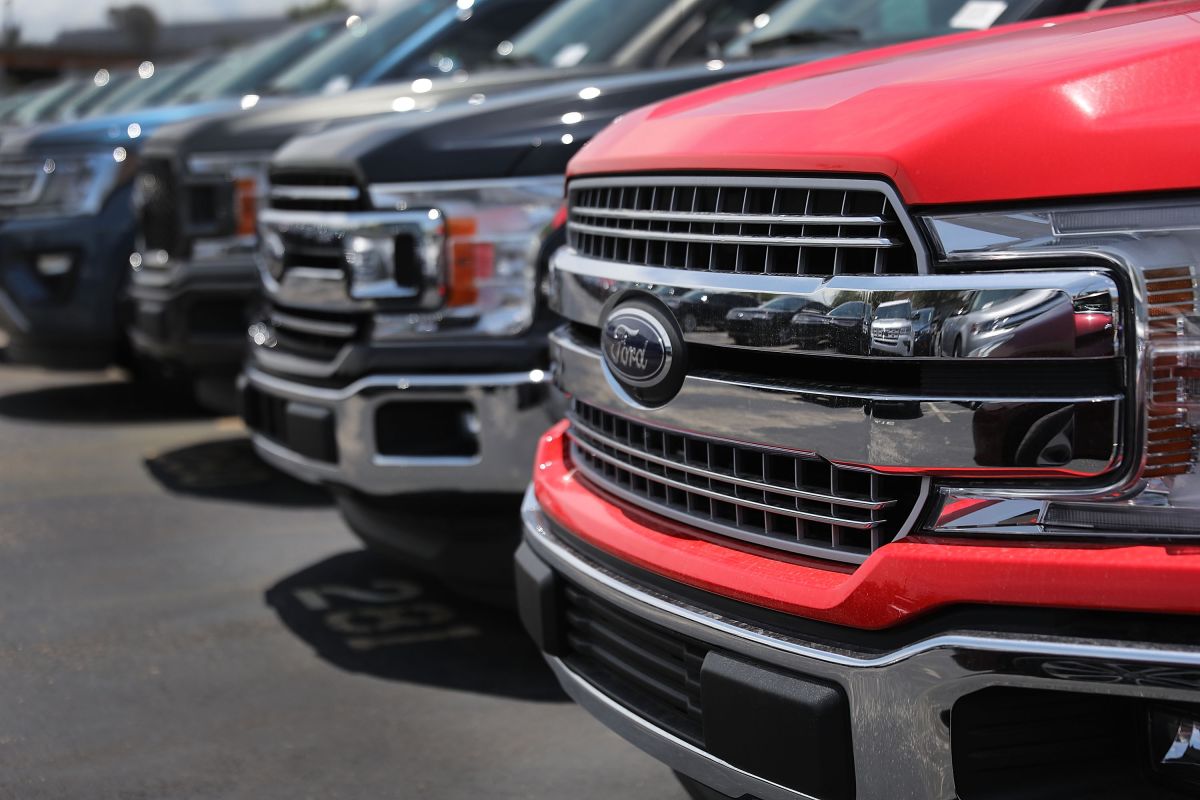 The president of United States, Joe Biden, on Thursday turned the electrification of the automotive sector into a matter of State by announcing measures with which it seeks to transform this industry but tThey also beat China and return to the country the leadership of the sector.

In the presence of the leaders of the three largest automobile manufacturers in the country (General Motors, Ford and Stellantis), as well as prominent congressmen, union leaders and environmental organizations, Biden signed an executive order in the gardens of the White House with which seeks that by 2030 half of the automobiles sold in the country will be electric vehicles (EV).

And although the document signed by Biden does not imply any obligation for car manufacturers, Detroit’s Big Three, as GM, Ford and Stellantis are known, voiced their support for the measures announced by the White House.

Biden insisted that the country is “In a competition with China, and many other nations, for the 21st century” and to win you have to make sure that “the future is made in America.”

And he added a warning that he has done before: “The future of the automotive sector is electric, and there is no turning back.”

Before signing the executive order, the US president again referred to China to make it clear that the Asian giant is currently leading the race for automobile electrification by having the largest domestic EV market and controlling production. of batteries.

“There is no reason why we cannot regain that leadership. But we have to move quicklyBiden concluded.

The president also referred in similar terms to the production of semiconductors, the shortage of which is causing serious problems for automakers, and promised that the crisis will not be repeated.

To achieve the goal that the 50% of the annual sales of vehicles in the United States are electric, or hybrids, by 2030 a lot has to change in the market.

Currently, less than 2% of all cars sold in the country are EVs, which places the United States in 20th place in the world rankings. Meanwhile, China doubles the US in the number of EVs and the growth rate of its domestic market is double that of the North American country.

But GM, Ford and Stellantis had previously set ambitious targets to produce EVs, and to replace production of models with gasoline and diesel engines, so the White House measures do not imply any additional commitment.

In a joint statement, Ford, GM and Stellantis they pledged to “achieve annual sales of 40-50 percent” of electric vehicles to “bring the nation closer to the future of zero emissions consistent with the goals” of the Paris climate agreement.

In fact, the White House indicated that the target of 50% of EV sales by 2030 “is calibrated” so that existing production plants can adapt safely and manufacturers do not have major problems.

Still, Biden’s goal is less ambitious than that set by the European Union, which has mandated that for 2035 manufacturers stop producing combustion engines in favor of electric ones.

In addition to the executive order, the White House announced that it will reinstate strict consumption and emissions standards that were eliminated during the Presidency of Donald Trump (2017-2021) and that establish the limits in these two categories that the set of vehicles produced can reach. by the country’s manufacturers.

According to the US government, the new standards will provide net benefits of about $ 140 billion, saving 757 billion liters of gasoline over the next five years as well as reducing 2 billion metric tons of carbon pollution.

The US government estimated that each driver will save an average of $ 900 over the next five years due to the lower consumption of their vehicles.

The Biden Administration noted that all these measures will reduce greenhouse gas emissions from the vehicles sold. in 2030 by more than 60% compared to those of vehicles sold in 2020.

Keep reading: Judge orders the Biden government to respond this Friday to the challenge to the CDC’s ban on eviction