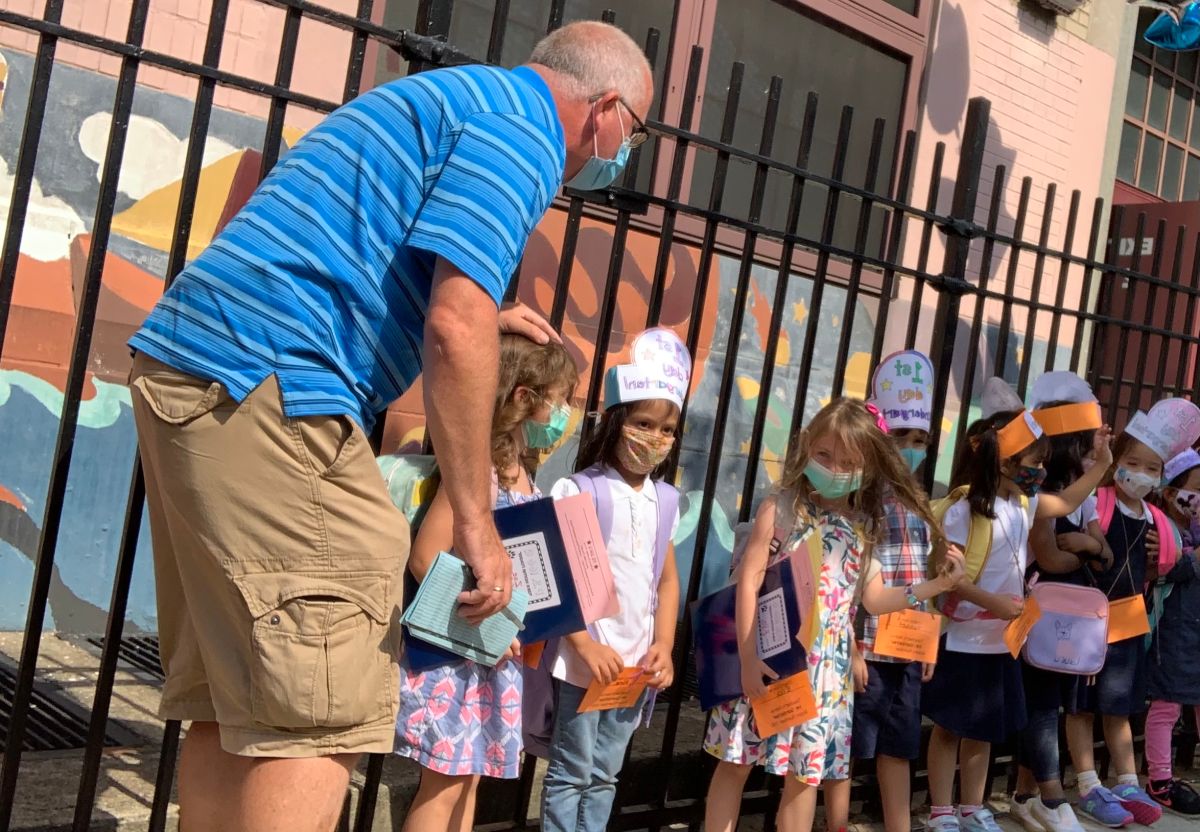 Eric Adams he will literally face his first challenge with New York City public schools, two days after taking office as Mayor of the Big Apple.

The back to school, this January 3, of almost 1 million students and 75,000 teachers, After the end of the year break, it will be the first real litmus test for the president, who must guarantee a safe return, just when the omicron variant of COVID continues to spike infections in all five boroughs.

“We will work throughout this break. But if we don’t see that we are getting the testing system that we need to keep our schools and our communities and our children and parents safe, then we are going to take a different position that schools should remain open, ”said the president of the Federation of Teachers, Michael Mulgrew.

Deficiencies in America’s largest public school system, like segregation, the lack of enough classrooms for small class sizes, the lack of equal access for students to programs and equipment, and the urgency of plans to help combat the trauma that the coronavirus has left on children and parents, are some of the other challenges that Adams will have to address.

And judging by the local president’s own statements, Adams seems to be clear about the needs of the schools and has promised to turn the system around, and “reinvent” things, hand in hand new Commissioner of the Department of Education (DOE) David Banks, who takes over from Meisha Porter.

“We have a once-in-a-lifetime opportunity to completely reinvent our education system. And we cannot forget how much is at risk. We have to provide what students and parents need to be successful, inside and outside the classroom ”, is the commitment that the incoming Mayor defends.

Quality of education for all

And within his action plan to repair the New York City school system, Adams has shown that he does not turn his back fully to the virtual learning system, when necessary, but has also warned to address a comprehensive approach for students. children, where summer learning options are expanded, high school job training is increased, and a better remote learning experience is created.

One of his priorities in the management of schools, as he has repeated, will have to do with the quality of education for everyone, regardless of the social or economic status of children, a cry that New York leaders and organizations have been making for years.

“The quality of a child’s public education in New York is often determined by their zip code and how much money their family has. This system leads to unforgivable racial disparities, limiting the future of hundreds of thousands of our children, year after year ”, Adams admitted, recognizing that COVID-19 it has further deepened those disparities.

“Low-income families without adequate internet access and child care options struggle with blended and remote learning. We have a once-in-a-lifetime opportunity to completely reinvent our education system. I think the key to improvement is to open as many paths to success as possible for our students and focus much more on how they learn, not just how they perform, “he said.

Likewise, Adams has warned that to end segregation, expand face-to-face and remote educational options and in his tray of actions he has also said that he will seek to improve the nutrition that children receive in schools.

Leonie Haimson, Director of the organization ‘Class Size Matters’, that watches over the rights of children and that has promoted a campaign so that the students of the public schools of New York can be in small and not overcrowded classes, as is currently the case in many institutions, assured that the key of Adams must be to be able provide full support to children, parents and teachers to weigh the damages that the pandemic has left, and as part of that equation, there is an urgent need to put fewer students in each classroom.

“The most important challenge facing the new Mayor is to enable children to learn safely in a supportive environment and to recover from the many losses they have suffered during the pandemic, both academic and social, that cannot happen without reducing the class size, “said the activist.

Adams’s task of running the reins of New York is just beginning, and beyond his educational reform plan, his conception that invest in quality schools and programs to prevent more youth from falling into crime, gives hope for change. Adams cautions that 80% of Rikers Island inmates do not have a diploma or GED and a third of college-age inmates read below the fifth grade level, and the vast majority of them are Black and Latino.

“We can fix these issues and close racial achievement gaps by greatly improving educational options for parents and students so that every child receives a quality education designed for them.” affirms the new Mayor.

Adams’s stance on the presence of police and even metal detectors in schools, two issues harshly criticized by activists and organizations demanding to remove the uniformed men from the campuses, whom they accuse of move with discriminatory profiles towards minority students, is the first thorn that is seen in the path of the president’s relationships with parents and students.

The another thorn at sight has to do with the Mayor’s support to continue with an admission test to the programs for gifted and talented children, which has been pointed out by opponents of this type of test (which Latinos do not usually pass en masse). and blacks), as something that benefits those with better economic conditions and perpetuates the lack of equal access of children to specialized schools.