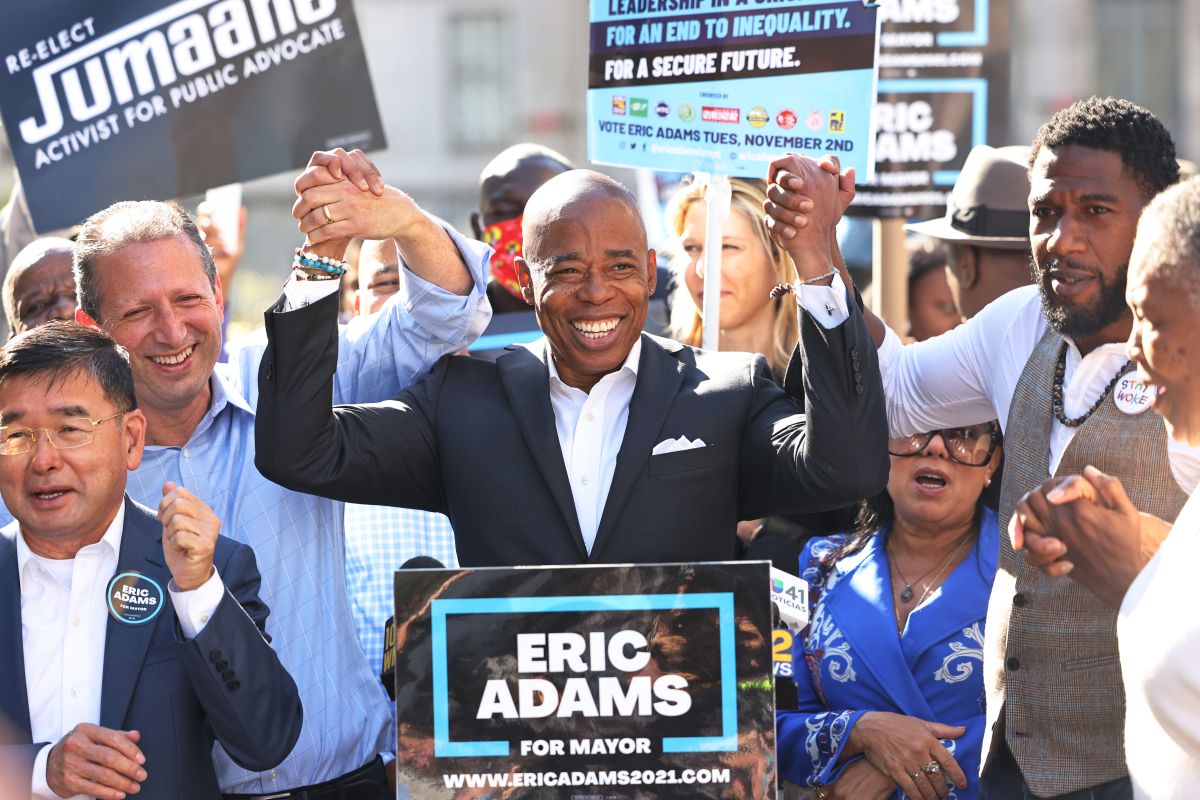 Eric Adams will change his role from Brooklyn Borough President to Mayor of NYC, the so-called “capital of the world,” tomorrow at midnight at the famous New Years ceremony in Times Square.

There, in what many consider “the crossroads of the world”, as soon as the year 2022 begins Adams will be sworn in as the 110th Mayor of New York and the second African American in history of the city, in substitution of the questioned Bill de Blasio.

No surprises Democrat Adams, who was also a state senator and NYPD agent for 22 years, he won the election by a wide advantage last November. Tomorrow he plans to take the oath of office using a family bible, highlighted New York Post.

“Times Square has long been synonymous with the New Year, a place of excitement, renewal and hope for the future, ”the 61-year-old mayor said in a statement. “These are the same issues that animated my campaign and will define my mayoralty, while I am preparing to lead the city out of this challenging period ”, Adams said.

The incoming mayor recently canceled an opening ceremony planned for January 1 at the Kings Theater in Brooklyn due to the increase in coronavirus cases.

For that same reason, De Blasio also ordered that the size of the crowd in Times Square be limited, where all those present must also be vaccinated and wearing masks.

Traditionally thousands of people, most of them tourists, congregate early in Times Square to say goodbye to the year, waiting for a musical show that challenges the cold temperatures and is followed by billions of viewers in the US and the rest of the world.

Last year the world famous December 31 party did not take place and in 2021 it was scheduled to make a big comeback, but the Omicron variant again clouded the plans.