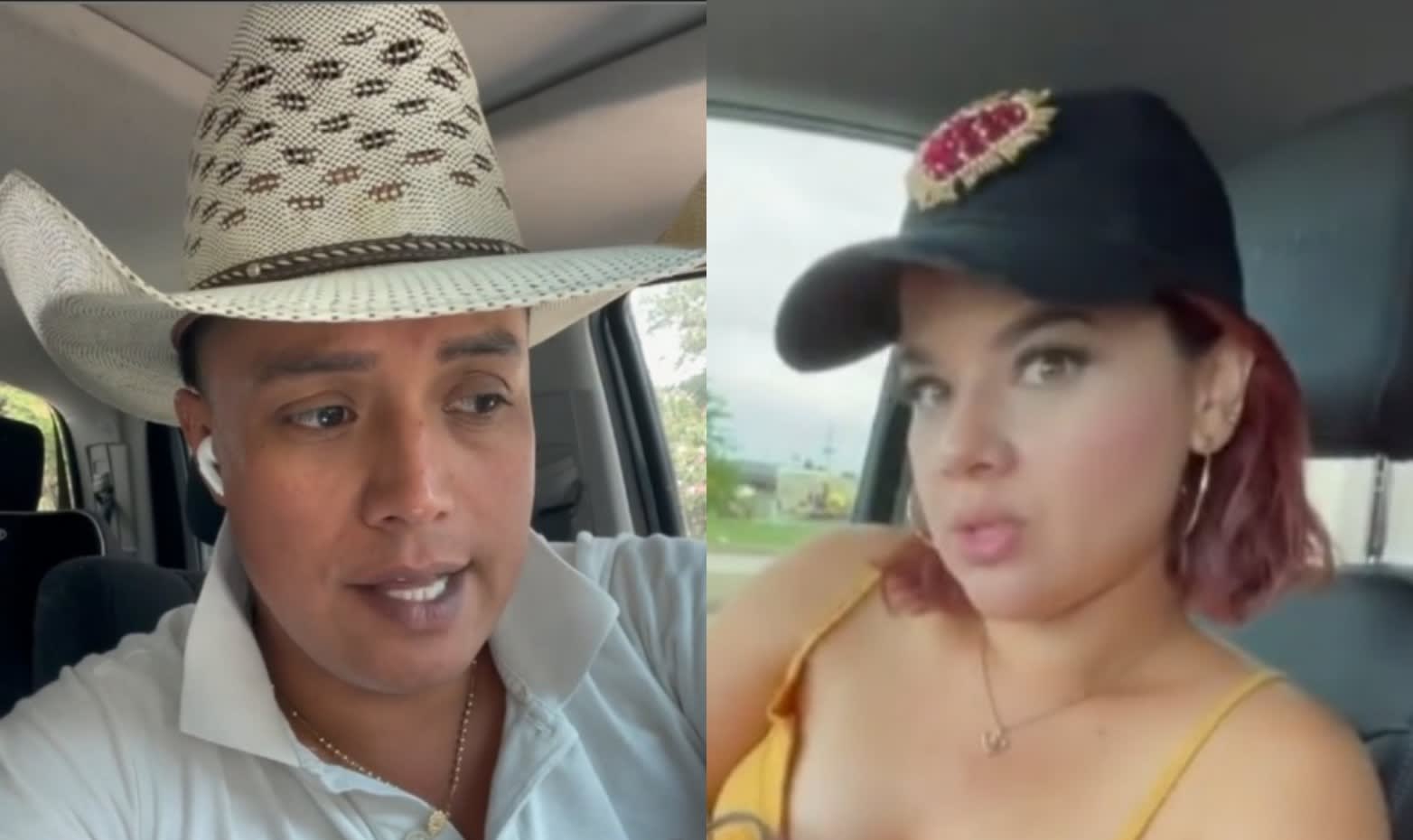 El Charro cheats on wife Mayrita. The famous influencer Erik Roberto, a member of the Charro y la Mayrita, as is customary on his social networks, shares a recording where he makes an unexpected confession about his wife. Then he sends him a couple of questions for his followers who are watching what the singer does.

It should be remembered that the Charro is recognized for once offending Mexicans, since in one of his videos he dared to tell them to return to his pulgous town, which until now has not been completely forgiven by all, despite having apologized on his social network profile.

The charro confesses that he has been ‘cheating’ on his wife

On this occasion through his Instagram account, the singer Erik Roberto makes an unexpected confession about his wife Mayra Torres where he reveals that he has been ‘cheating’ on her and has also been lying to him, but he did the task of explaining his situation in the same clip.

“I want to confess that I have been lying to my wife”, were the words with which he began to record his new publication on social networks, where he undoubtedly surprised many of his followers when they heard this message from the Hispanic influencer.

El Charro cheats on Mayrita’s wife: The singer explains how he has been lying to Mayrita

But the charro was in charge of explaining his comments well and in the same video, where he mentions that if he has really been cheating and lying to his wife Mayra Torres, when she asks him if he sees her more chubby, to which he without knowing that say always answer no when it is true

“I’ve been cheating on her and not like you think, rather every time she asks me ‘Erik, do you see me fuller? I say no, my love. Do you think I gained weight ?, I say no my love ‘, when in fact I have seen that if he has gained weight, “said the singer clarifying the situation.

Everything became clearer as the minutes passed, where not everything was as imagined, apparently Erik Roberto is concerned about not knowing what to say to his partner, when she questions him about his weight, since he does not know how a woman will react if you are told the truth in this situation.

“I have a question for you ladies, how do you tell your wife if she is a little fuller or has gained weight? The question for you ladies is, if you have noticed that you went up a little, why do you ask and then if they tell you if you feel bad or are upset? That is why this time I am lying to Mayrita “Said the Charro.

Immediately the followers sent their different opinions: “You are not lying. Your beautiful time does not matter the extra kilos. But she has to know when she puts on her clothes or looks in the mirror ”,“ This man’s wife looks good. I don’t know why he brings up this topic ”.

“Oysters, well, you were lying to him. You already found out. She is beautiful, just beautiful as she is “,” Well, the truth is, even if it hurts, then she will thank you “,” Well, she already realized in this video that you lied “,” Well I tell you, one woman, she asks why It is important to know if the couple likes to see you like this or not, let them know with great subtlety, affection and love ”, were some comments. TO WATCH THE VIDEO CLICK HERE

Erik Roberto and Mayra Torres are a young couple with more than 10 years of marriage. The Hispanic couple have inspired thousands of married couples to live a better life. Since they constantly publish videos about the daily things that couples usually live on social networks.

It is also understood that Erik and Mayra from El Charro y la Mayrita reside in Terrell Texas with their three children Valentina, Erik and Amalia. Erik Roberto, better known as El Charro, is a singer of ranchero music, who became famous for offending Hispanics by calling them pulgosos towns.

El Charro cheats on Mayrita’s wife: They tell the Charro that if they can “lower” Mayrita

After the rumor spread that they were going through a marital crisis, although later they were in charge of denying this information, El Charro, a Mexican singer who offended immigrants by calling Latino towns ‘pulgosos’, presents the “only man ”That you can take from the Mayrita: Chaparro Chuacheneger.

It was through his official Instagram account, where he has more than 1,200,000 followers, that Erik Roberto uploaded an image with Mexican comedian Alejandro Rodríguez, better known as Chaparro Chuacheneger. “The only man on earth who can take La Mayris from me for being handsome: El Chaparro Chuacheneger. Thank you @ranchomoficial for presenting it to me ”, wrote El Charro without imagining the reactions that this publication would cause among users.

“They will be one flesh”

A few hours after the Mexican singer who offended immigrants by calling Latino towns “pulgosos” uploaded a photo with the “only man” who can take away his wife, Mayrita, Erik Roberto surprised with another publication.

In a video of just under a minute long, El Charro confirmed that he does not have a good relationship with “the mother” of his wife, an impersonator of the Mexican singer Paquita la del Barrio, who did not hesitate to sing the song Rata de dos legs (TO WATCH THE VIDEO CLICK HERE). Filed Under: El Charro Cheats on Wife Mayrita

They criticize El Charro for ‘showing off’ the Mayrita

Are you afraid of losing it? It is not the first time that Erik Roberto shares a video where he flatters the beauty of his wife, and on this occasion, when he referred to La Mayrita as a “cool woman”, the criticisms were immediately present, in addition to making her some caveats.

“A friend of mine was so bragging about his wife and she was so crazy that they took her down and the husband was left without her”, “I understand that it is okay to praise your partner, show love, and say many nice things, but what You both have to advertise it as if you were promoting an item for sale ”(TO WATCH THE VIDEO, CLICK HERE). Filed Under: El Charro Cheats on Wife Mayrita

They celebrate as a family

As a result of the unfortunate statements of El Charro, his family did not have the best, especially on social networks, not counting the rumors of a separation between the Mexican singer and her husband, apart from the fact that Mayrita recently confessed that she suffers from depression and anxiety.

Therefore, it is pleasantly surprising when they share photographs of family celebrations: “Amalia is now 5.
Dear little daughter, you are a blessing to our lives. God grant you many more years of life. We will always love you, ”Erik Roberto wrote. Filed Under: El Charro Cheats on Wife Mayrita

Did they cheat on El Charro?

Between joke and joke … In another video that is available on the social networks of El Charro and la Mayrita, the Mexican singer confesses to his wife that he was unfaithful with a coworker, but what he did not count on was that she said he had cheated on him 3 times.

As mentioned above, the couple denied the rumors of a possible separation, but it is striking that they frequently, as a joke, touch on the subject of infidelity in their videos, which is why their followers no longer know what to think. about it (TO WATCH THE VIDEO CLICK HERE). Filed Under: El Charro Cheats on Wife Mayrita