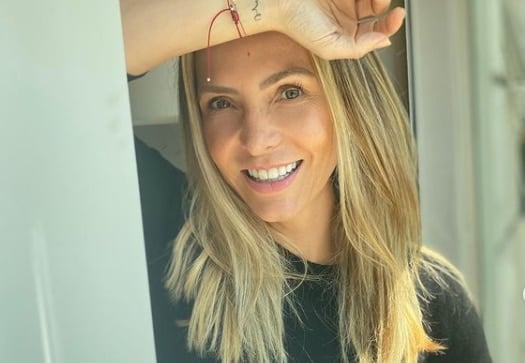 the mexican interpreter Erika Zaba Beltran part of the group OV7 He shared on his social networks that will undergo surgery as a preventive measure; In addition, he took the opportunity to make a call to his followers so that they are very attentive to the signals that their body sends and do not let the symptoms pass as it happened to her.

The singer better known as Erika Zaba took advantage during the course of the night of March 1 to place a post from Instagram where he asked his little more than 800 thousand followers to send him good wishes after the surgery to which he will undergo on Thursday, March 3: “I have to tell you something… send me your good wishes“, wrote.

It was through a video of just over 3 minutes, where the 43-year-old interpreter said that a few months ago she noticed that a lump appeared in her groin, but since she no longer saw it in the days that followed, she ignored it and he let it go. However, one day when he came home from the gym, he was startled when he realized that the little ball was already visibly bigger.

The interpreter in the audiovisual material said that she quickly went to the doctor and the result of the study to which she was subjected showed that she had two hernias, which had to be operated on immediately.

Erika confessed that at first she was scared, especially because they explained to her that if she had not attended to it, it would have turned into a more serious situation at any moment: “In a very short time the size was totally different, I went to the doctor and they did an ultrasound”, expressed the member of OV7,

“A hernia is not a ball as we all think, if it is not a hole through which an umbilical hernia, a rectal hernia, etc. can be made. They depend on where the hole is, but they tell me that at first it doesn’t hurt, but that from one moment to another it can become an emergency.”, shared the interpreter.

“Let’s not be afraid to go to the doctor because if we are on time everything goes well, the problem is letting it go, in my case I let it go for months”, he added.

Likewise, some figures from the national media did not miss the opportunity to send their best wishes to the Mexican singer through the comment box: “Everything will be fine my Güera, hug you and good vibes,” the driver wrote. Mauricio Mancera; “Praying for you beautiful, God with you”, wrote yuri and “Güerita, everything will be perfect, I’ve already been through that and you recover quickly,” emphasized Adrián Uribe’s ex-partner, Carla Pineda.

To finish, the interpreter born in Mexico City, explained that he wants to have the surgery ahead of time due to the tour he has with OV7 which will start in May 2022. It was in mid-February 2022 that the interpreter also pointed out in a broadcast of On Air Members that the members of OV7 finally announced that they made peace, but to get to perform together again there are conditions.

There, Érika took the opportunity to talk about what were some of the agreements that the pop group has now to avoid fighting again and separating as they did during part of 2020 and 2021. The most important thing now for OV7 is that none of its members speak about another publicly, because that way there will be no misunderstandings.

“We have already arranged ourselves and we always said (that) to avoid misunderstandings that one person talks about, another says something else, that is what started to happen (…) we agreed that no one was going to talk about anyone because, obviously , you said something and the other answered, and it was the worst thing that could happen, “he said for the program unicable.

OV7: Érika Zaba spoke about the conditions that the group has to return to the stage

Without OV7 or their business: Mariana Ochoa and Érika Zaba uncovered the end of their partnership