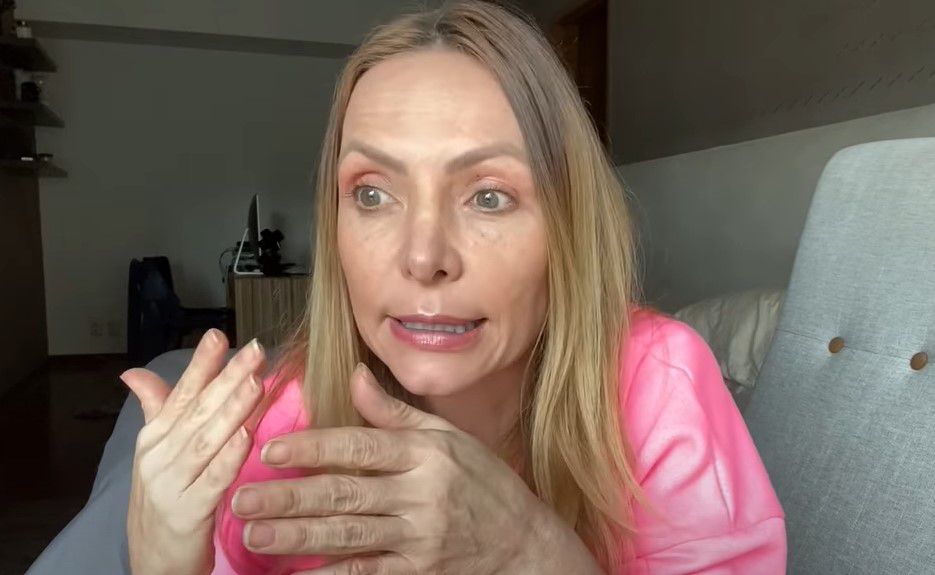 Erika Zaba He reappeared on his social networks to share how he is after the surgery he underwent a few days ago. The singer herself explained that she was very nervous because she would have general anesthesia, but fortunately the surgery was a success and is already in the recovery process.

It was last March 2 when the member of OV7 He published a video of almost 4:00 minutes where he explained that he would be absent from social networks in the next few days because he would undergo surgery as a preventive measure after detecting drastic changes in a “ball” that he had in his groin.

“Many months ago I noticed a very small lump in one groin, but suddenly I stopped seeing it and said: ‘Now, it disappeared on its own and I didn’t fight.’ Months passed and about a month ago, more or less, I came home from the gym and when I got out of the shower I saw a small ball in the same place, much larger”, he counted.

After detecting the changes she had in her body for a short period of time, the 43-year-old singer decided to visit a doctor. Inside the hospital, she underwent an ultrasound and the results showed that the ball was a hernia: “It is not a ball as we all think, but it is a hole.”

Erika Zaba explained that after hearing the complications that could be unleashed by not paying attention to the hernia, she immediately thought that it would be more difficult to seek medical help if the emergency arose while she was on tour with the pop group. That reason weighed heavily in her decision to undergo surgery.

“How terrifying not to arrive or not be near a hospital and two, having to stop and not being able to be at any of the concerts”, he continued.

Later, they performed a second, much more detailed ultrasound, and thanks to that, he found out that he did not have an inguinofemoral hernia, but two, which ended up defining his decision. During the video, Erika reflected on the importance of paying attention to the body’s signals to detect health problems and not allow the situation to worsen, as it happened to her.

“Let’s not be afraid to go to the doctor because if we are on time everything goes well, the problem is letting it go, in my case I let it go for months”, he added.

As he announced, he was away from social networks until a few hours ago. The singer uploaded a video of her on her Instagram stories where she thanked the shows of affection that she has been receiving since she shared the news and said that she is doing very well in the recovery process.

“Thank you for all the signs of affection, of concern… How did I get out of the operation? everything was perfect […] everything went very well, I was very nervous”, he mentioned.

The Mexican interpreter was already at home resting and following her doctor’s recommendations for a speedy recovery. It is worth mentioning that in the first video she explained that she could resume her normal activities in a month or more, in fact confessed that he underwent the intervention in March because OV7 plans to resume rehearsals in May.

Within his stories, he also confessed that he had special concerns about general anesthesia and mentioned that one of his hands was still swollen from its effects. Hours later, he commented that she has already managed to have a little movement without help, in addition to the fact that he will take care of his diet because he will not be able to exercise for several weeks.

“I didn’t want to express my nervousness to them so much, I didn’t want to because I was trying to stay calm, general anesthesia always makes you very nervous, but everything is fine. My hand swelled a little from the anesthesia, but here goes […] I took a bath by myself, I did very well, I could perfectly straighten up”, he recounted.

Mariana Ochoa spoke of the conflict within OV7: “Resentments remained”