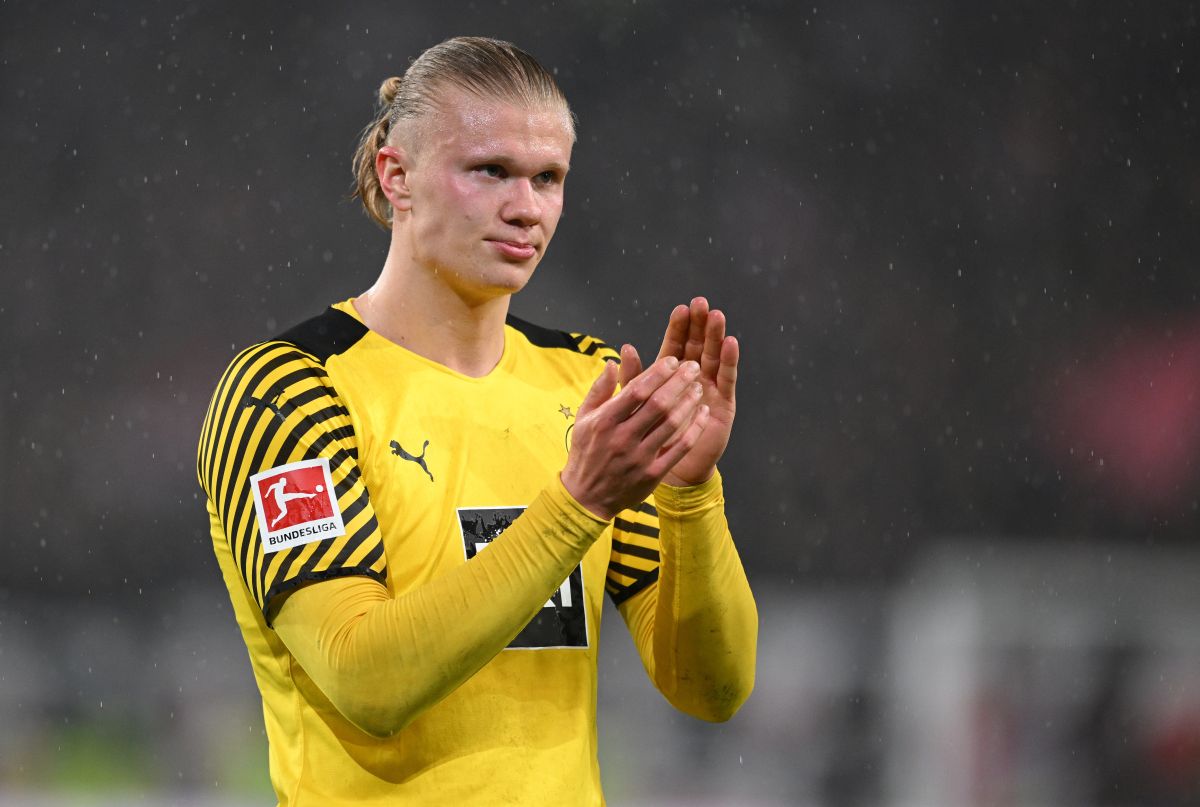 The Manchester City I present Erling Haland as his new star signing for the next football season on the old continent. After stamping his signature on his contract until June 2027, the Norwegian wanted to declare all his love to the Manchester City and that for him, it is a blessing to be in the citizen club.

Halland, he committed himself to the English for a contract that places him as one of the best paid in the citizen squad, equaling Kevin DeBruyne. In addition, the young striker also gave importance to the sports project and highlighted the presence of Pep Guardiola; who can be key to its development.

“It’s a source of pride for me and my family,” Haaland began, revealing that he chose the club “first a bit because of my father and because I was born in England, I’ve been a Manchester City fan all my life, I know the club a lot. I feel at home here and I think it is the ideal place to improve”Erling Haaland commented.

In addition to making it clear that he feels a great love for the English team, Haland also reiterated that the game of Manchester City it is very similar to his and beyond; he wants to honor his father who also has a past with the citizens.

“The clear style is good for me, otherwise I wouldn’t have come. I like the style, the attacking football and the feeling that the club conveys when it plays. It’s going to be very good.” the Norwegian continued.

Despite Pep Guardiola He is the type of coach who does not talk about players who belong to other clubs, just being the leader of the bench; he can generate a greater attraction for all those footballers who want to sign for a new club.

In this case, Haland He also wanted to surrender to the Spaniard who sees him as a person with a great capacity to make him grow on and off the field; beyond that he is considered one of the best attackers in the world.

“I think I can develop with him here. I think I can improve in many things and score many goals. He is one of the best coaches of all time and there are world-class players here. It is the right place to fulfill my ambitions”, the new Manchester City striker continued.

“I want to score goals, win trophies and improve as a footballer and I am confident that I can do it here. This is a great move and I can’t wait to start pre-season.” Erling Haaland finished.

In this way, everything is ready for you Erling Haland start a new cycle in football from the old continent and in one of the best clubs in the world which, with the arrival of the Norwegian, will be one of the favorites to win it all.

A bomb: this would be the alignment of Guardiola’s Manchester City with Erling Haaland in attack