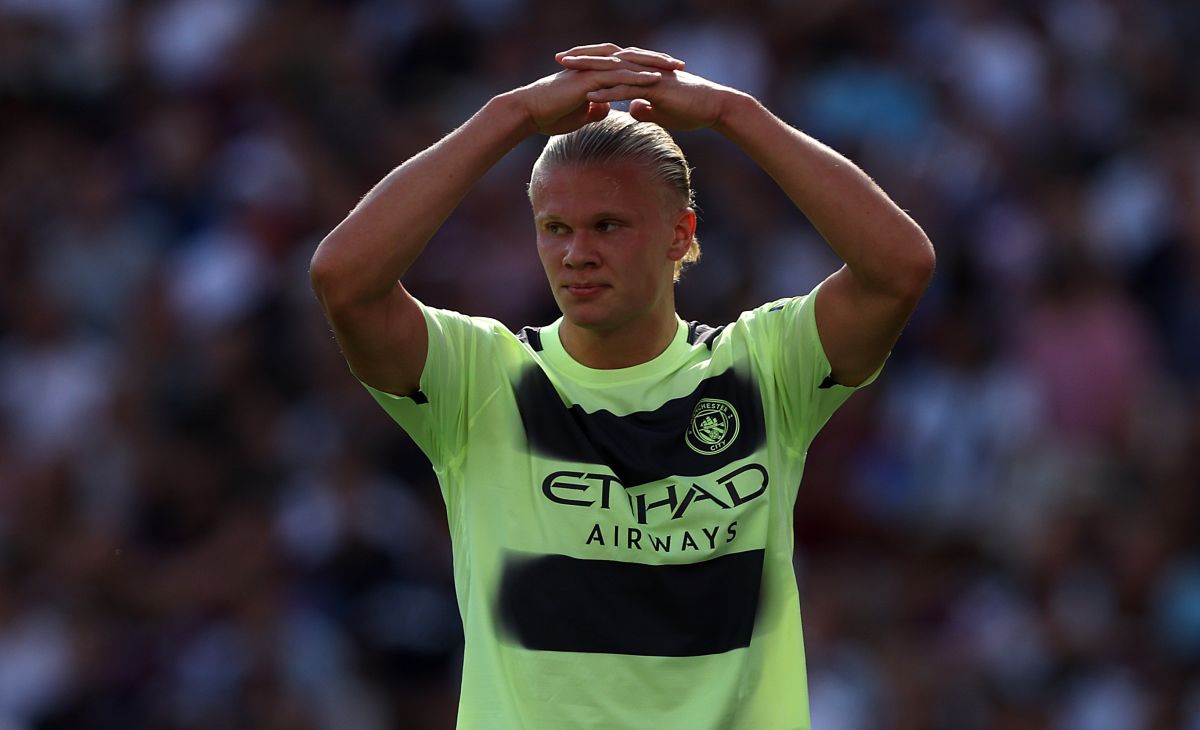 Erling Haaland is the new sensation of the English Premier League after debuting with a brace against West Ham but not knowing the customs of his new home he got a big scolding then that in the middle of the interview he said something rude regardless of the consequences.

Apparently in his country of birth, Norway, small talk is the order of the day and that’s why during the post-match interview for being chosen the highlight of the match Haaland relaxed and said the word ‘shit’ in full transmission.

Subsequently the interviewer asked him to “please watch your language”since they were live and direct for all of England.

The funny thing is that, embarrassed by the journalist’s reaction, Haaland’s expression escaped him again and he noticed that he was blushing before the cameras.

Finally, the new Manchester City striker took the gesture as a joke and recalled that it is necessary to “speak well in this country”.

The attacker is characterized by a very good mood always before and after the games, so it is likely that in addition to leaving many goals in the Premier League, he will also have funny moments like this again.