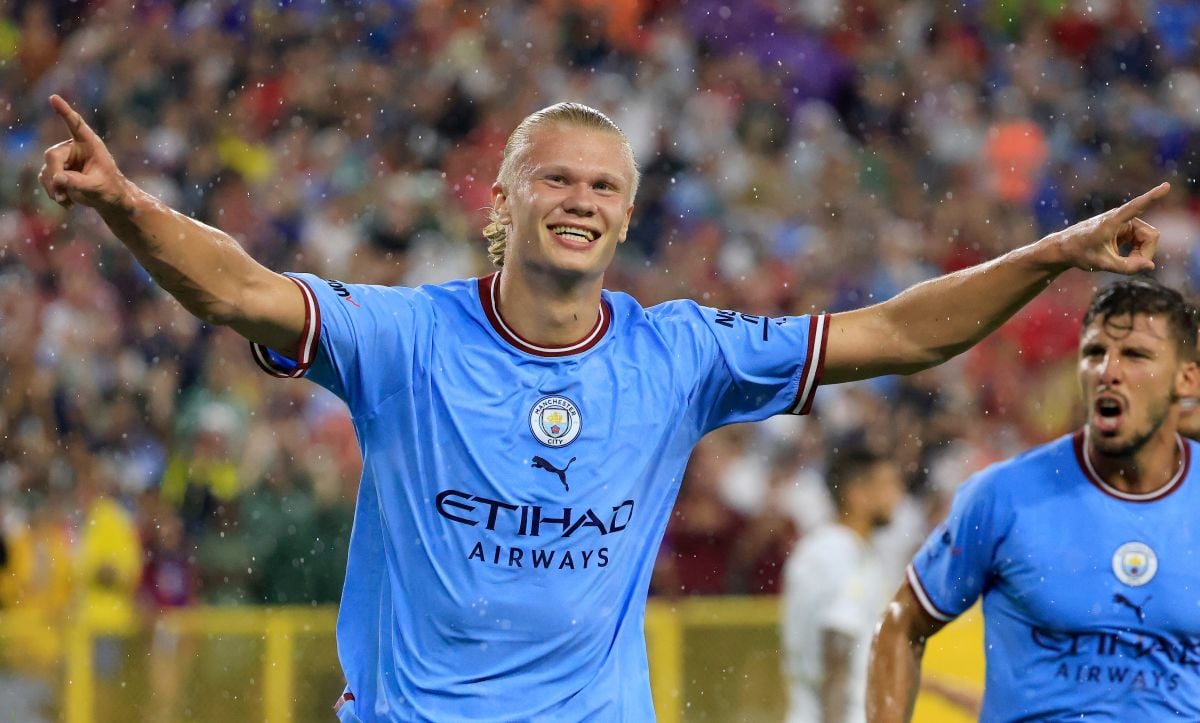 Just one day to debut in the Premier League with Manchester City, Erling Haaland has already had time to analyze and understand Pep Guardiolahis character and style of play, which have left the Norwegian surprised by the level of demand in all aspects.

This summer Haaland became the star signing of the ‘Citizens’ with whom he had a great pre-season in the United States and He already made his official debut in the match for the Community Shieldwhich they lost to Liverpool 3-1.

But what struck the Norwegian striker the most is the level of demand from his coach, who urges his players to give their best in everything they do. “Guardiola is demanding in his instructions, about what to do and do it 100%”explained the footballer to ‘The Athletic’.

“It doesn’t matter if it’s a basic running exercise, you have to do it 100%, just like you do in a match. You play like you train, as easy as that“added the former Borussia Dortmund player.

On the other hand, Erling Haaland spoke about the decision to sign for Manchester City, letting it be known that his father had a lot to do with it but the final decision was his. “My father just wanted to expose things to me in the best possible way, since, In the end, it’s about me, my feelings and how I see myself in this club. It was the only thing that drove me“.

Finally, the international with the Norwegian national team acknowledged that there is a great responsibility on his shoulders for being in the elite of football, although he let it be known that this will not affect his game. “There is pressure, but in my head it is about going out onto the field with the biggest smile and trying to enjoy the game”.

Haaland and City will debut this Sunday in the Premier League against West Ham United, where they will seek to start on the right foot as they seek to win the third consecutive league title for the club.

Also read:
– Sergio Aguero on Erling Haaland: He thought he was alone and they welcomed him to the Premier League
– Pep Guardiola full of praise for Argentine Julián Álvarez: “We have not made a mistake with him, he is fantastic”
– Great goal and assist from Darwin Núñez are not enough to avoid Liverpool’s stumble in the Premier League [Video]