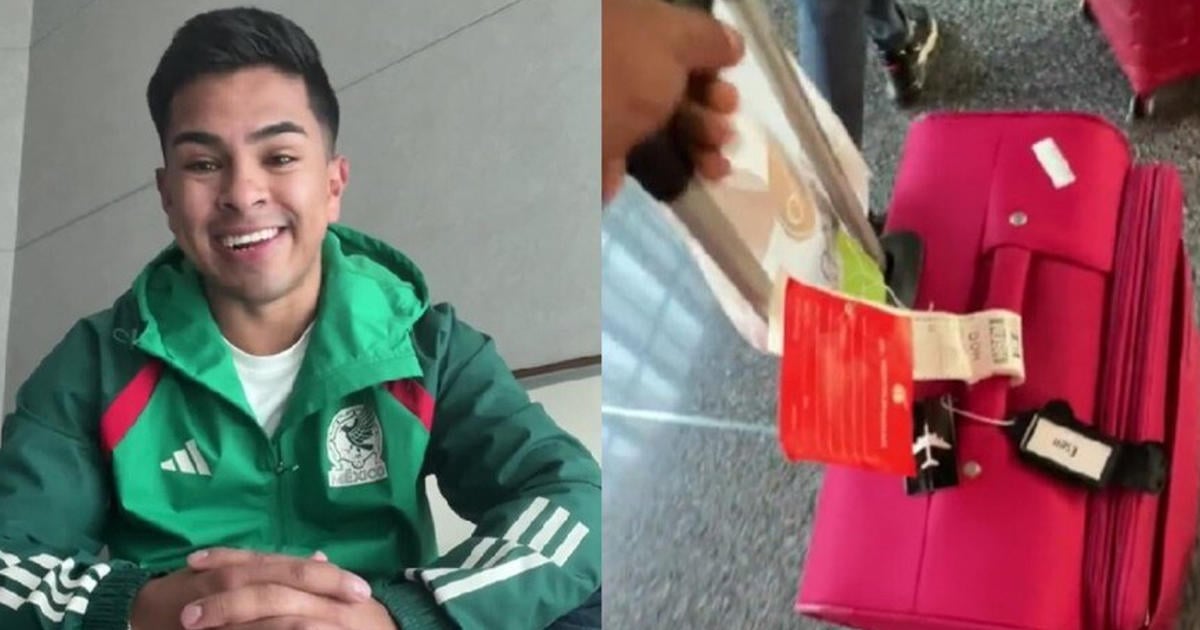 Esen Alva, Mexican creator of TikTok, denounces that his suitcase was lost in Qatar 2022 World Cup. With his sense of humor, the influencer told how he lived those first hours in another country.

With the start of the 2022 Soccer World Cup, many content creators traveled to Qatar to support their national team and record several videos of life in another country.

Such was the case of 25-year-old Esen Alva, who traveled to Qatar to document the great adventures he would experience in another country. However, since his arrival, he has had difficulties losing his suitcase.

Through his TikTok account, Esen Alva told how those first hours in Qatar were without his suitcase and without being able to change clothes after a 20-hour trip.

With a great sense of humor, Esen Alva denounces that his suitcase was lost in Qatar 2022

Esen Alva has become one of the most popular Mexican TikTok creators. Thanks to his sense of humor, his videos have become popular on social networks.

Intending to record several pieces of content about the 2022 Soccer World Cup, Esen Alva traveled to Qatar. However, he faced a big problem: his suitcase got lost.

Through his TikTok account, Esen Alva said that after a 20-hour flight, he most wanted to get there to change his clothes, but his plans changed when he realized that his suitcase had been lost.

With his characteristic sense of humor, Esen Alva pointed out that he had to fly approximately 9 hours to London and, from there, take another 6-hour flight to Qatar.

From Mexico City, he had explained to Esen Alva that his suitcase would arrive directly in Qatar, so he didn’t have to worry about his luggage in London, but things didn’t work out that way.

Esen Alva pointed out that the problem was not only that his suitcase did not arrive but also that the language difference made it difficult for him to ask the people at the airport about his luggage.

In her video, Esen Alva pointed out that it was not only her suitcase that was lost, as around 90 other people also had to face the same situation of their luggage not arriving.

Esen Alva spent 3 hours claiming her luggage only to be told that her bags would arrive in a few days, which worried her since she had been wearing the same clothes for 26 hours.

During his account, Esen Alva noted that he had to spend two days in Qatar “smelling like shrimp,” but in the end, he received an email informing him that his suitcase had arrived.

When he arrived back at the airport, he noticed that people of different nationalities were very upset because they had also lost their bags, including Mexicans, Spaniards, gringos, and Colombians.

Although these were difficult moments, Esen Alva took the situation with humor, noting that it had helped him to create content, and emphasized that despite the situation, he was having a great time in Qatar 2022.

The reactions of his followers were not long in coming, and they immediately applauded how Esen Alva took with humor the fact that they lost his luggage.

“The super funny narration,” “2 benefits! It came out content for your networks, and the suitcase has already met London”, “Life seriously has fun with you,” “Esen is the best at telling anecdotes,” “You make my day,” were some of the comments he received.

Others also took the opportunity to point out that it has also happened to them to lose their luggage when they go to another country.