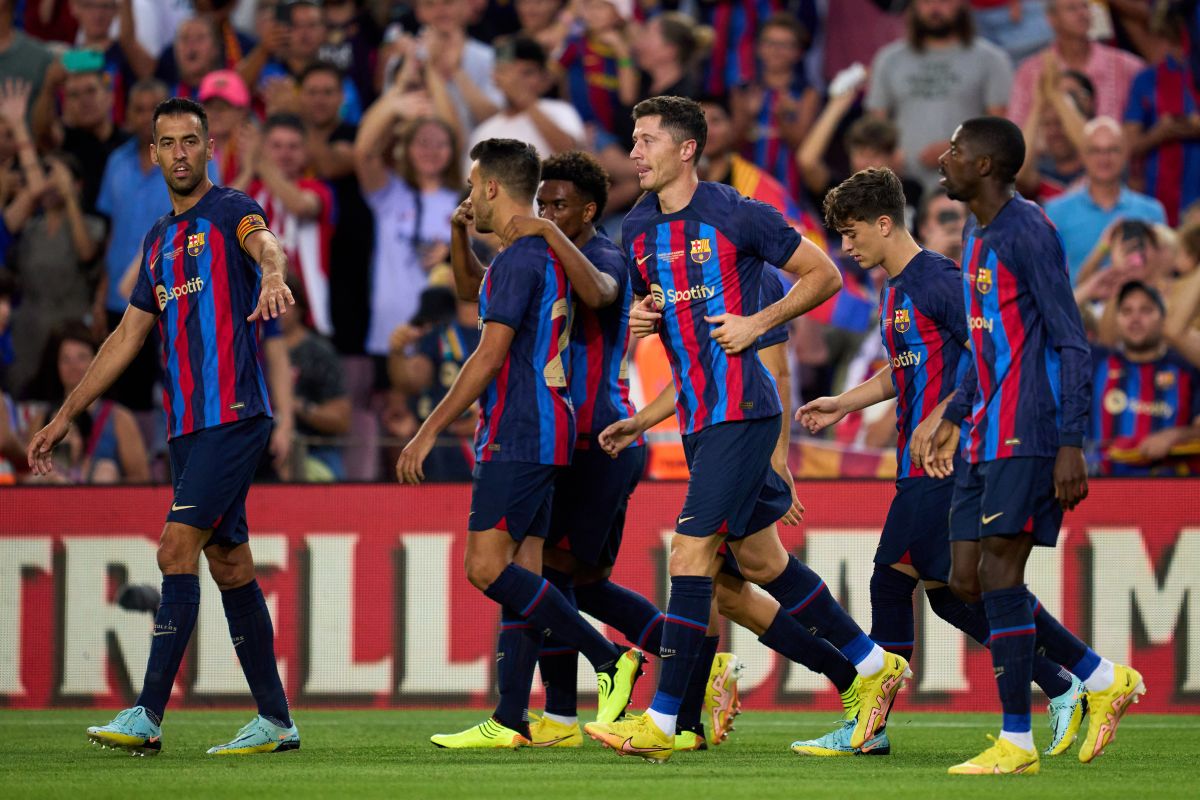 the american chains ‘ESPN’ and ‘ABC’ will broadcast live and open this Saturday the match between Barcelona and Rayo Vallecanocorresponding to the first day of LaLiga 2022-2023, to celebrate the start of the new season of the Spanish league.

‘ESPN’, which signed an eight-year contract with LaLiga to take over the television rights in the United States, will have for this second campaign commentators such as Pablo Zabaleta, Mario Kempes, the Mexican Hugo Sánchez or the British Steve McManamanwith Fernando Palomo as the main narrator for Hispanic viewers.

“We bring much more feeling to the viewer than it is to witness a football match in Spain. We will be in the Clásicos, in the Madrid derby, but we will try to go to Bilbao, Seville, to bring the extraordinary atmosphere of places like these to the viewer”, said Rodolfo Martínez, director of ‘ESPN’.

It will not be the first time that a LaLiga match is broadcast openly on ‘ABC’, but the fact that this time it is a match from the first day and with Barcelona, ​​one of the clubs most followed by American fans , as the protagonist, It represents an extraordinary opportunity to promote football passion in the country.

“Yes, other games have been broadcast on ‘ABC’, but this is a huge opportunity for being at such a favorable time, 15:00 ET with a team like the Barcelona that has generated an accumulation of expectation that I think makes it the most followed of the summerPalomo said.

“There is a lot of exposure for LaLiga in such a favorable scenario. At that time there is no tremendous competition, soccer will have a central place, ”he said.

Barcelona organized its pre-season tour in the United States, with matches against Inter Miami, the Clásico against Real Madrid in Las Vegas and a duel with the New York Red Bulls.

The matches of Xavi Hernández’s team had excellent results for the American television stations that broadcast them, according to ‘ESPN’.

The US network will broadcast LaLiga matches on its ‘ESPN Plus’ payment platform, although some matches will also be available open-to-air.

Also read:
– At the limit: Barcelona activates the “fourth lever” and will be able to register their new signings in LaLiga
– Robert Lewandowski: With Pep Guardiola I prepared myself to one day arrive at Barcelona
– They capture the star of FC Barcelona eating kisses with the daughter of Luis Enrique in Ibiza