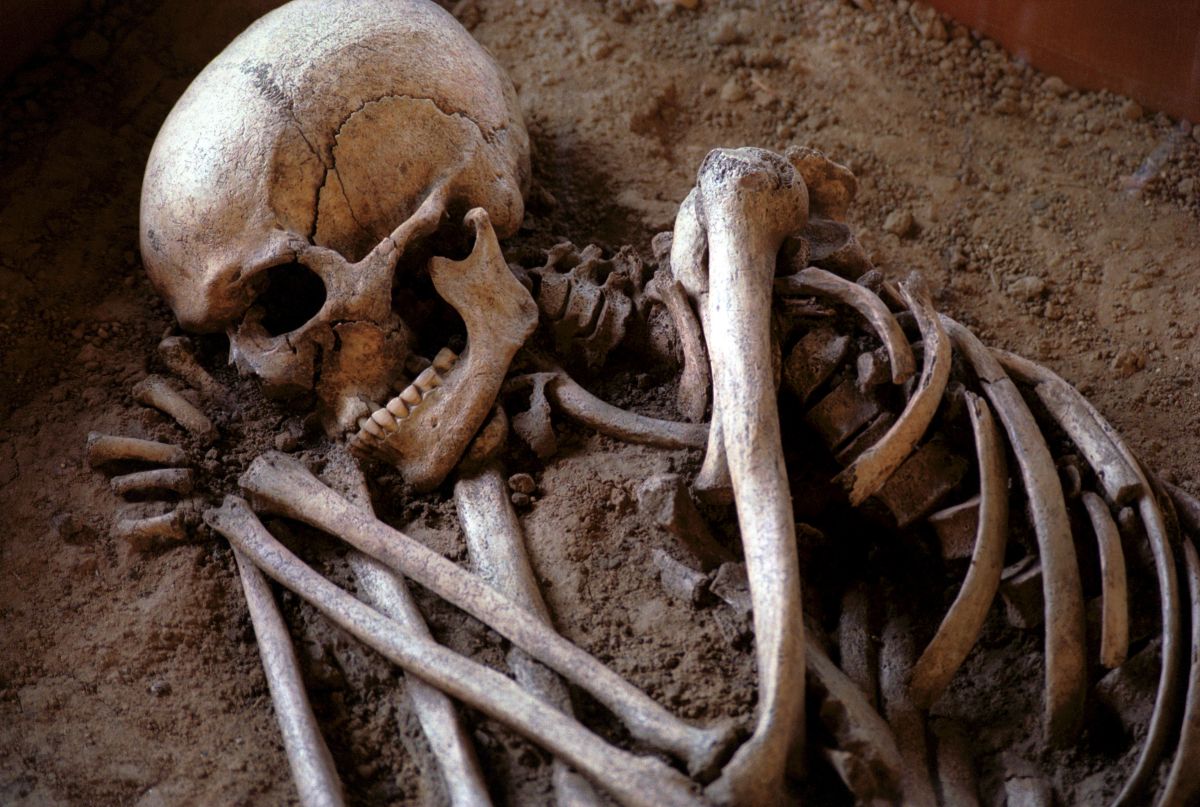 A team of archaeologists who were working in northern China They were surprised upon discovering the human remains of two people, the position in which they were found drawing powerfully attention.

Is about a pair of skeletons, that of a man and that of a woman, which are embraced, which archaeologists they have interpreted it as a message of “eternal love.”

This discovery took place last year when archaeologists were excavating more than 600 graves in an open-air cemetery during construction in the city of Datong. The remains have been analyzed for months by more than 10 Chinese and American scientists.

Scientists believe the remains belong to a couple from the time of the Northern Wei Dynasty (386-534 AD), according to information published in the South China Morning Post.

The hug suggests that there was a strong bond between the two people, since the bodies lie on their side and the woman seems as if she were nuzzling the knight’s shoulder. In addition, their arms surrounded the body of the other, at the height of the waist.

That is why researchers have concluded that they are most likely the remains of a married couple.

Qun Zhang, a co-author of the study and an anthropologist from Xiamen University, said the remains came from an era marked by the rise of Buddhism and beliefs around life after death.

“This discovery is a unique display of the human emotion of love at a funeral, offering a rare insight into the concepts of love, life, death and the afterlife in northern China during a time of intense cultural exchange and ethnic, ”he wrote in the post.

Mysteries yet to be solved: a ring and causes of death

You can still see that remains of what appears to have been a ring can be seen on the woman’s skeleton, very simple, silver and without ornaments, on the ring finger of the left hand.

Researchers believe that at that time, the rings were not a symbol of love or marriage and that it was too simple to be a marriage.

Given this, the researchers emphasize that although the bond was one of love, that did not necessarily imply a marriage at that time of antiquity.

It is also not known who of the 2 died first or if they lost their lives at the same time; what is visible is that the man’s skeleton had signs of a wound that apparently was never cured or cared for. Too there is a possibility that the woman died in the form of sacrifice to be buried next to him.

However, the researchers did not rule out other possibilities, such as that they died simultaneously from illness or were killed in a conflict and buried in an eternal embrace beyond their death.

A palace buried for more than 2,000 years appears, incredible images!