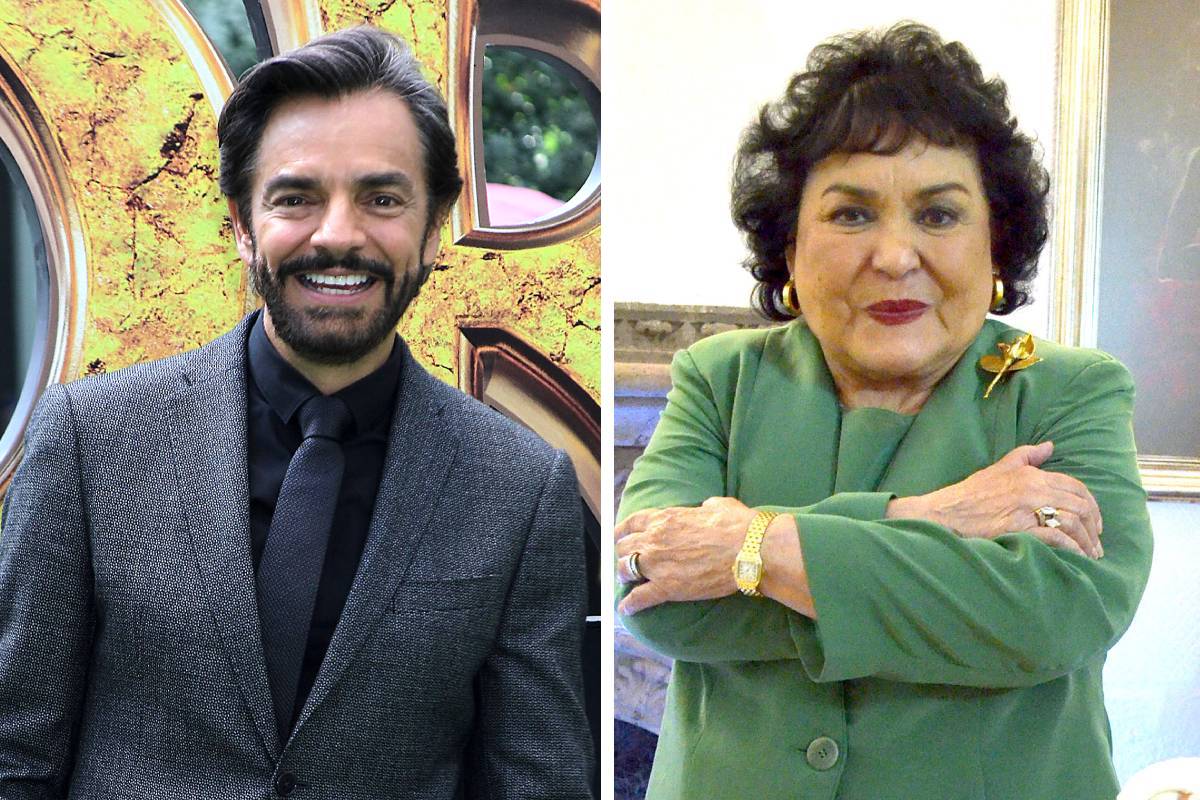 Last Friday, May 20, the film “The Valet” was released, starring Samara Weaving Y Eugenio Derbezin which the actress also appears Carmen Salinas this being one of the last projects in which he participated before his death in December 2021. That is why the comedian dedicated said tape to the beloved actress who played his mother, but not only that, but also surprised the reveal that he would like to produce a series that narrates the life of someone who is considered an icon of cinema, theater and television in Mexico.

During the red carpet of the event held in the south of Mexico City, Eugenio Derbez stressed that he feels a deep affection for Carmen Salinas, so when asked by representatives of the media if he would like to produce the series that narrates the life of the actress, confessed that she does not rule out the idea, but she would like it to be a quality project.

“It’s not a bad idea, it could be, but it would have to be a series based on the truth and very well documented, not steamed. I would like to do it“, he pointed out before the cameras of the program ‘Ventaneando’.

He stressed that he would not only like to get involved because of the great affection he feels towards her, but also because of the good relationship he has with his family.

“I would also love to do it because the relationship I have with the family right now is very good.“, he added.

Shortly before the romantic comedy was screened, Eugenio Derbez paid tribute to the first Mexican actressto whom he dedicated the project.

“I want to make a special mention to our dear and adored Carmelita Salinas, this was her last film, it is spectacular and I think it’s definitely one of the best jobs he’s done in his career and today I want to pay tribute to her and her family“, said.

They also shared a video of the star of the “file film”, in which he appears talking about his character within the story in which he plays the mother of Eugenio Derbez’s character, for which the actor was also moved when ensure that this was one of the best projects in the career of the also theatrical producer, who continually asked her when she could see the film finished, but unfortunately she passed away months before filming was finished.

“He closed his life and career with a flourish. In the movie it comes from my mom and during filming she was a very caring womanhe worried that I ate, for me during those two months she was like my mother“said the comedian.