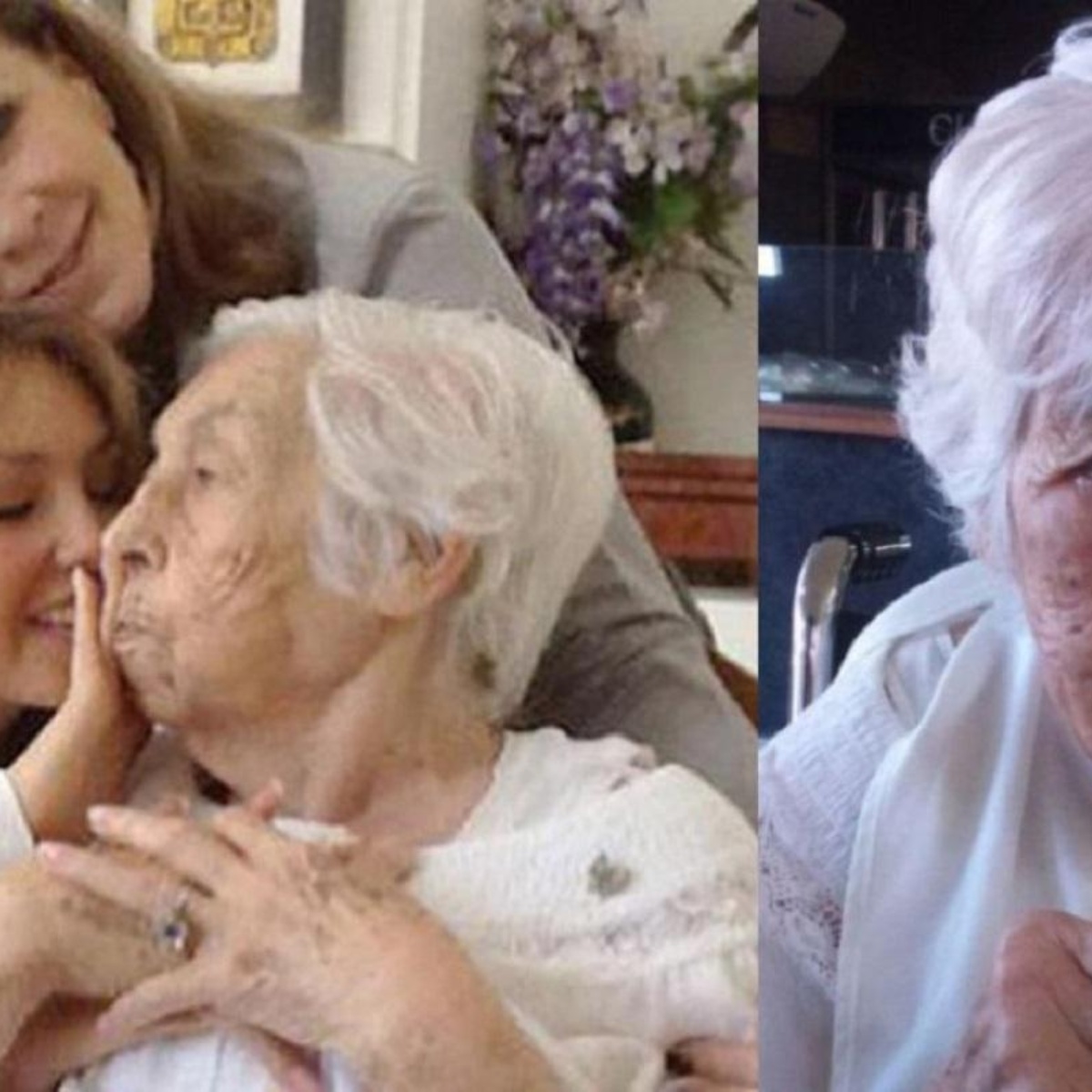 The actress Laura Zapata recently released the news of the death of Eva Mangegrandmother also of the famous Mexican singer Thalía, the event occurred this Friday, June 24, at 104 years old.

If we remember it was in January of this year, that the grandmother of Thalía and Laura Zapata celebrated their 104th birthdaywith a celebration that his granddaughters gave him and that they shared on their social networks.

Unfortunately now the news was released by the controversial Laura Zapata through her Twitter, because it was she who was looking after Eva Mange during this time that she presented health complications, since before taking her to live with her, both famous they had their grandmother in a nursing home.

Announcement of the death of Doña Eva Mange

“My beloved grandmother Eva has already flown. Good trip back to the Lord’s house, I love you and celebrated your new life…”.

It was Laura Zapata’s message, while on her part, Thalía shared the news through her Instagram stories with an image of a white dove and a broken heart, as well as the obituary in which the information about the death is given. death of his grandmother, Eva Mange.

It should be noted that both Laura Zapata and Thalía have expressed how painful this loss is, since their grandmother was like a second mother to them.

IT MAY INTEREST YOU: Thalía reacts to the death of her grandmother Eva Mange

What did Thalía and Laura Zapata’s grandmother die of?

It was known that Mrs. Eva Mange was in the Le Grand Senior asylum, due to the health complications that they presented. However, during her stay Laura Zapata filed a complaint about the mistreatment she received in the asylum, because of this mistreatment her health condition worsened.

It should be noted that Laura Zapata decided to take Eva Mange, her beloved grandmother, to live with her, but her health did not improve, which led to pneumonia, however, the causes of her death are still unknown. Well, close sources shared that Eva Mange was already in the hospital at the time she died.