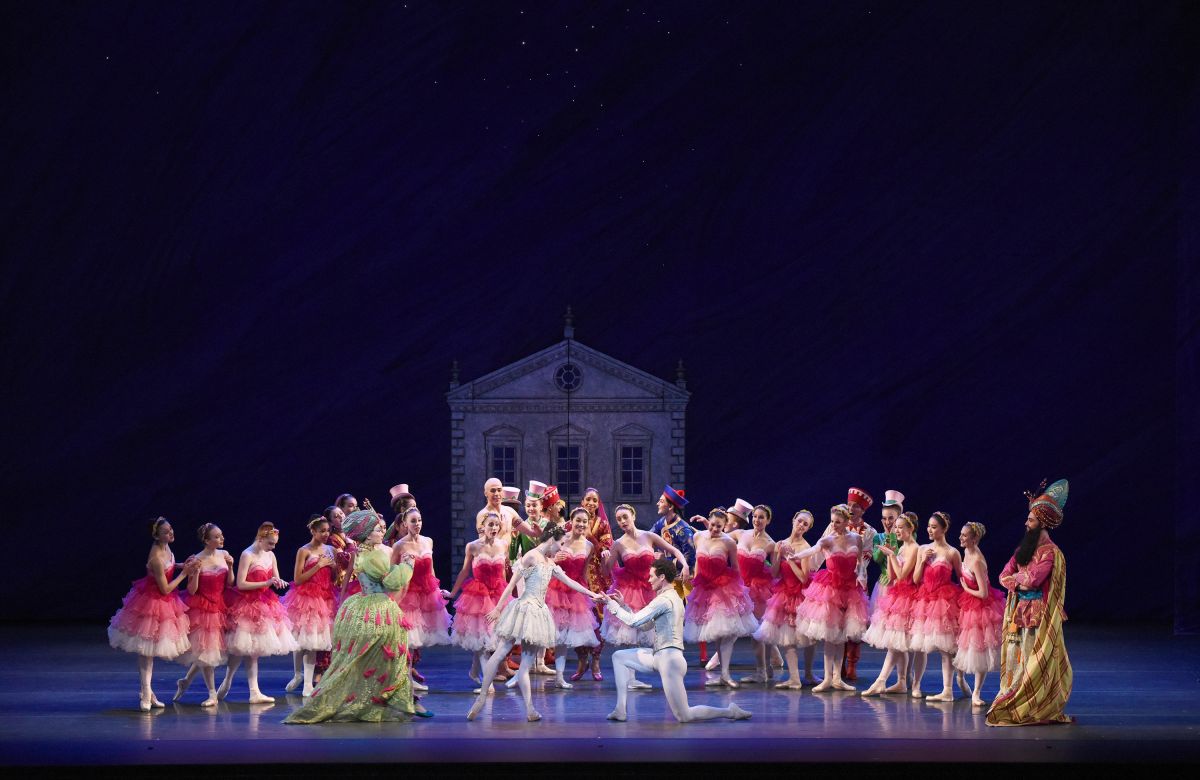 The Nutcracker is back

What was a tradition each year before the pandemic at the Segerstrom Center for the Arts (600 Town Center Dr., Costa Mesa) returns with great fanfare to the delight of Southern California families. The American Ballet Theater brings The Nutcracker choreographed by Alexel Ratmansky. The Christmas story, based on the short story “The Nutcracker and the King of Mice,” will be presented twelve times starting tomorrow, Friday. Functions from Wednesday to Sunday; Saturdays and Sundays two functions. Ends December 19. Tickets from $ 20. Reports scfta.org.

Rare jewels at the NHM

The Natural History Museums of Los Angeles County (900 W. Exposition Blvd., Los Angeles) will begin displaying the Brilliance: The Art and Science of Rare Jewels exhibit, in which visitors will have the opportunity to view legendary gems, such as the Celeste Diamond and Pink Starburst, as well as unique pieces made by Robert Procop in collaboration with actresses and philanthropists Angelina Jolie and Brooke Shields. Ends February 21. Open from 9:30 am to 5 pm; closed on Tuesdays. Tickets $ 7 to $ 15. Reports nhm.org.

Taking photos with Shogun Santa, listening to the choirs singing Christmas carols, seeing the lights and the huge Christmas tree in the Japanese Village Plaza are just some of the activities that families can do at Go Little Tokyo for the Holidays, the celebration of Christmas of this little piece of Japan in downtown Los Angeles (319 E. 2nd St., Los Angeles). Free entrance. Check days and times at golittletokyo.com/holidays.

Santa Monica Place (395 Santa Monica Pl., Santa Monica) already celebrates the holidays with activities for the whole family. Among the shows that visitors can visit are the Santa Monica Beach Belles, performances of dancers inside a 14-foot long glass globe. There is also live DJ, light display, and a 50 foot tall tree in the center of the plaza. Santa is visiting every day until December 24th. Monday to Saturday 10 am to 8 pm; Sundays 11 am to 7 pm. For show schedules consult the official site. Free entrance. Reports santamonicaplace.com/holiday.

West Side Story in El Capitan

Starting Friday El Capitan (6838 Hollywood Blvd., Los Angeles) will screen West Side Story, the new version of this classic of American cinema directed by Steven Spielberg. Visitors will be able to see the costumes that were used in the film and take a picture in the places that were decorated with motifs from this film. Today Thursday at 7 pm there will be an event for fans who can dress as the characters from West Side Story and buy limited edition souvenirs. Ends January 2nd. Tickets for Thursday $ 25; for the rest of the functions $ 14 to $ 28. Functions 11:30 am, 3:15, 7 and 10:45 pm. Reports elcapitantheatre.com.

The Bowers Museum (2002 N. Main St., Santa Ana) will once again host a Disney exhibition, this time of All That Glitters: The Crown Jewels of the Walt Disney Archives, which begins this weekend with a series of private and public events. On Sunday it will open to the public with a limited capacity. Also, a panel with Becky Cline, director of the Walt Disney archives, will discuss the book. Holiday Magic at the Disney Parks together with the co-authors of the text at 1:30 pm. Later there will be a book signing. Tuesday to Sunday 10 am to 4 pm. Tickets $ 10 to $ 25. Bowers.org reports.

The Los Angeles County Museum of Art (5905 Wilshire Blvd., Los Angeles) will inaugurate Mixpantli: The Space, Time and Indigenous Origins of Mexico, an exhibition that coincides with the 500th anniversary of the fall of Tenochtitlan (now Mexico City) . The exhibition subverts the traditional tale of conquest by focusing on the creative resilience of artists, mapmakers and storytellers who forged new futures and recreated their world through artistic practice. Nahua painters and writers called the first omen of the conquest mixpantli or “cloud flag” and described it as a Mexica or Aztec battle standard and as a Euro-Christian column wrapped in clouds. Mixpantli, then, reflects the confluence of both the Nahua and Christian worldviews, as well as the effort of indigenous peoples to reorient space and time in a new world and a new era. Includes more than 30 works. Open every day except Tuesday. Tickets $ 16 to $ 25. Reports lacma.org.

Alone at home, and with music

The film Home Alone, which caused such a stir in the 1990s, will arrive at the Walt Disney Concert Hall to the accompaniment of live music. The Los Angeles Philharmonic will perform the music written by John Williams. The orchestra will be conducted by David Newman. Due to the great demand that this show had, the concert hall added one more function tomorrow Friday. Home Alone tells the story of Kevin McCallister, whom his parents forget at home on a Christmas trip. Suitable for all the family. Friday and Saturday 8 pm; Sunday 2 pm. Tickets $ 66 to $ 198. Reports laphil.com.