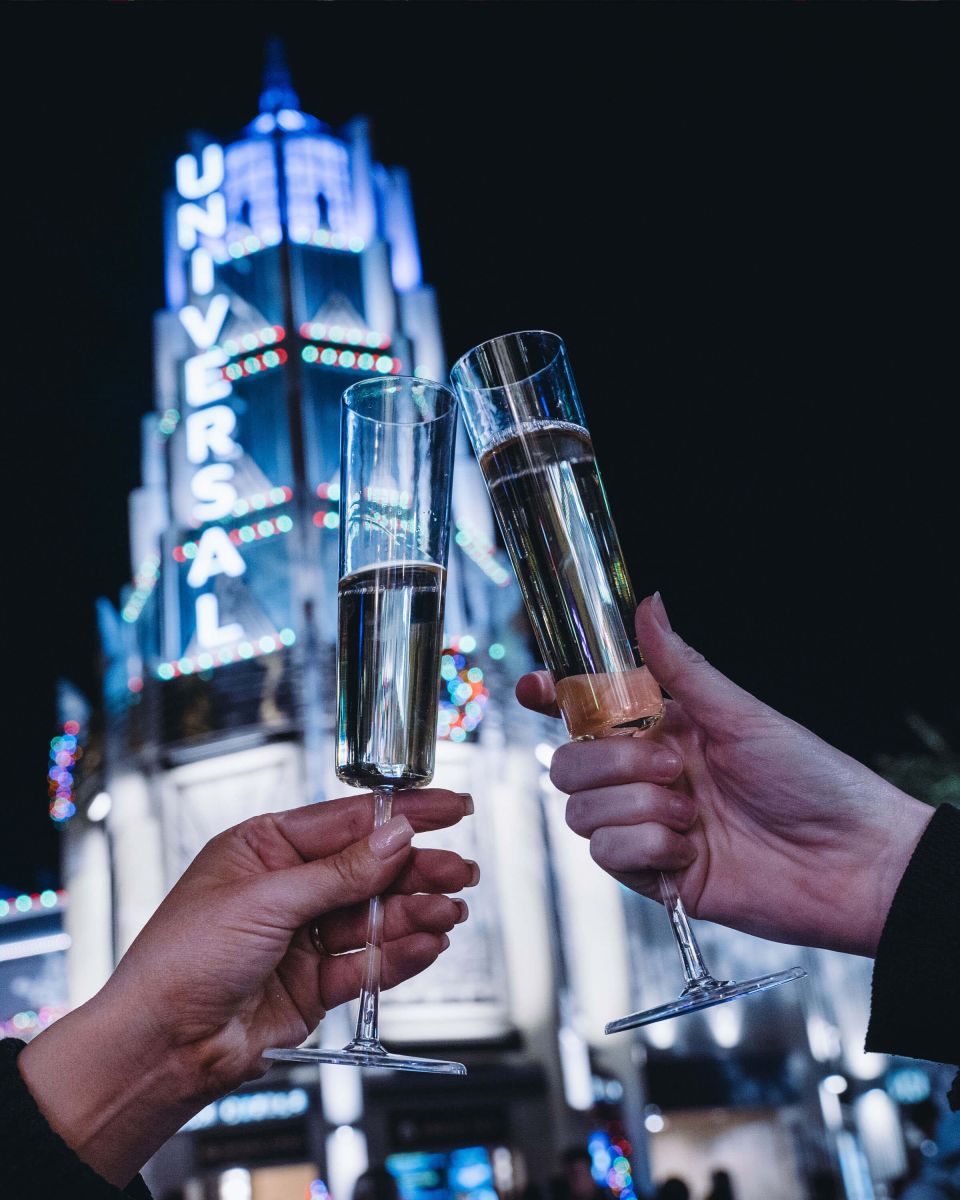 End of the year at Universal Studios

The Universal Studios amusement park (100 Universal City Plaza, Los Angeles) has everything ready to celebrate the last day of the year in a big way, with a party that will start in the morning and that will last until 2 am. At EVE, as the holiday is called, park goers can make use of all the rides and attractions while enjoying the newest additions: The Secret Life of Pets: Off the Leash, and Jurassic World – The Ride. At 9 pm the music of DJs and live artists will begin performing pop, rock, hip hop and Latin rhythms. At 12 am there will be a countdown and a fireworks display. Friday all day. Tickets starting at $ 104. Universalstudioshollywood.com reports.

On the west coast, the year begins with the traditional Rose Parade, which this time celebrates its 133rd edition. The streets of Pasadena, California, will see dozens of people go by at 8 am Pacific Time on Saturday. of floats, marching bands, batons, jugglers and equestrian units that will travel 5 and a half miles along Colorado Boulevard. Among the floats that will participate is that of the San Diego Zoo Wildlife Alliance, which with the theme of “Creating allies for wildlife” alludes to the past, present and future of this organization in favor of wildlife conservation. The event will take place in person and will be broadcast live on the Univision network. 8 am to 12 pm. Reports tournamentofroses.com.

The Winterfest Mini Golf Christmas event at SpeedZone (17871 Castleton St., City of Industry) will come to a close this Saturday with a list of activities for kids of all ages. In addition to thousands of lights adorning the Christmas scenes throughout the park, attendees can play on the miniature golf course that comes along with an immersive experience. Meanwhile, Santa’s elves, a candy fairy and a toy soldier will prowl the place ready to take photos with those who ask. Friday will be closed, and Saturday will be the last day of the holiday. From 6pm. Tickets must be reserved in advance; $ 22.99 to $ 58.99. Reports speedzone.com/winterfest.

Disney On Ice in Long Beach

America’s most popular ice show, Disney On Ice, will have its last performance in the area. The last venue for this show will be at the Long Beach Arena (300 E. Ocean Blvd., Long Beach), with stories that include many of the characters from this popular franchise, including Miguel, from the film Coco, the princesses of Frozen and Moana, and without missing its main character, Mickey Mouse. Today Thursday 7 pm; Friday 12:30 and 4:30 pm; Saturday 11 am and 5 pm, and Sunday 11 am, 3 and 7 pm. Tickets $ 25 to $ 150. Reports and tickets ticketmaster.com.

Matinee for the family

Every Saturday the newly opened Academy Museum (6067 Wilshire Blvd., Los Angeles) presents movies suitable for the whole family. On this occasion, the monthly Family Matinee will be held, in which the projection is carried out with subtitles, the theater light is not completely turned off and the volume is lowered for neurodivergent spectators. This Saturday will be presented Winged Migration, a film that took four years to make and that followed the flight of several species of birds on each continent. Saturday 11 am. Tickets $ 5 to $ 10. Reports academymuseum.org.

Legoland Theme Park (1 Legoland Dr., Carlsbad) will have its countdown to the New Year; however, it will be a version that won’t keep the kids awake until midnight. Instead, the park will have an early party to celebrate the arrival of 2022. At the New Year’s Eve Party, which will take place on December 31, there will be live music, fireworks, seasonal food and a countdown. The attractions will be open and visitors will be able to enjoy Holidays at Legoland, which runs through January 9. Lego characters will be available for children and their parents to take photos with them. Open from 10 am to 7 pm today Thursday and until Saturday. Reservation is necessary. Tickets from $ 89.99. Reports legoland.com.

It is already a tradition that every last day of the year the LA Phil performs a concert with Pink Martini, one of the most iconic bands in Los Angeles. This Friday at the Walt Disney Concert Hall (111 S. Grand Ave., Los Angeles), the combo will say goodbye to 2021 with two shows, one at 7 pm and the other at 10:30 pm. The program will have a mix of Brazilian samba, Cuban music rhythms from the 1930s, and sounds of Parisian songs. Before the concert, a New Year’s Eve will be held in the BP Hall, where there will be hats and champagne to toast with friends for 2022. Tickets $ 79 to $ 219. Reports laphil.com.