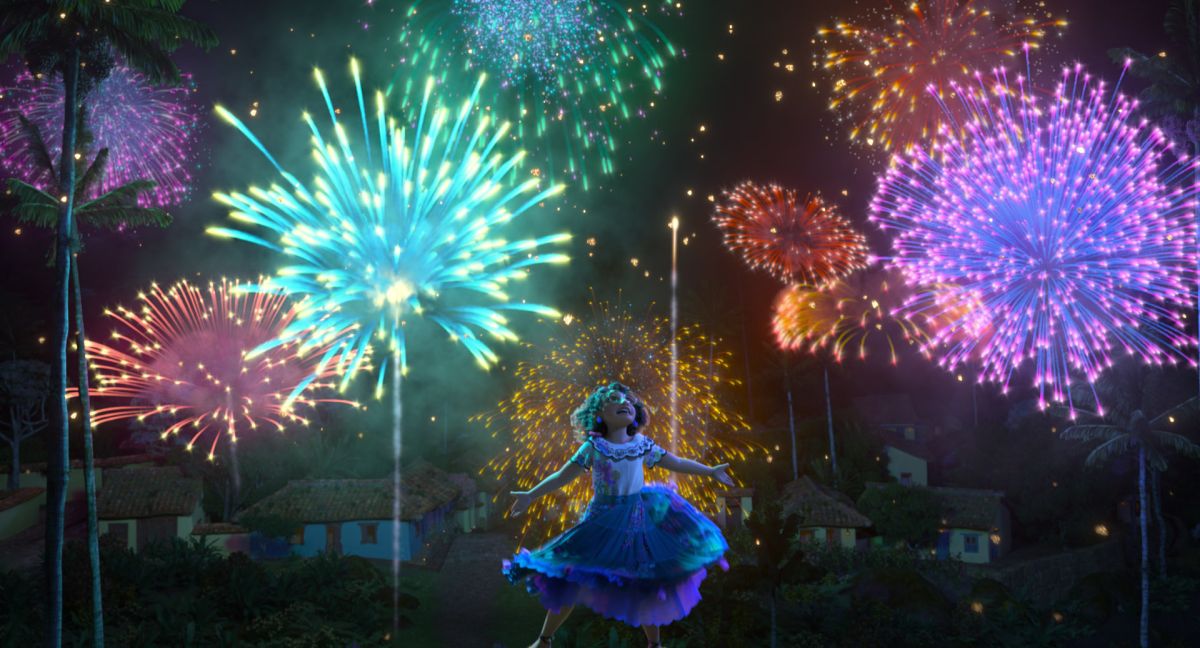 The new animated film from Disney Studios, Encanto, opens this holiday weekend in theaters across the country, but at the home of these studios, the El Capitan Theater (6838 Hollywood Blvd, Los Angeles) will have a special screening that includes the presence of Mirabel, the protagonist of the story, before the performance begins. In addition, a commemorative glass will be on sale. Shows 10 am, 1, 4, 7 and 9:55 pm. Until December 5. Tickets from $ 12 to $ 24. Elcapitantickets.com reports.

The Kidspace Museum (480 N. Arroyo Blvd., Pasadena) celebrates its first Winter Frolic, an annual event that includes activities such as a station to decorate cardboard snowflakes, reading of seasonal stories, ice-like bricks to build structures, encounters with real animals and an ice-like rink where you can skate with socks (for an additional five dollars). Tuesday to Sunday with different hours (check the official page for details). Tickets from $ 12.95 to $ 14.95. Ends January 9. Reports kidspacemuseum.org.

The terror of unfaithful men, Paquita la del Barrio, has a date with Hollywood this weekend. The singer from Guerrero will offer a show at the Dolby Theater (6801 Hollywood Blvd., Los Angeles) where she will perform together with Luis Ángel “El Flaco”. It will be the first time that both singers perform together on this stage. It is also Paquita’s first show in this city after an absence of two years. Friday 8 pm. Tickets $ 69 to $ 199. Reports dolbytheatre.com.

A Christmas Carol, the five Tony Award-winning musical, will begin its performances Tuesday at the Ahmanson Theater (135 N. Grand Ave., Los Angeles). This story, with Bradley Whitford as Ebenezer Scrooge, Kate Burton as the Christmas ghost of the past, and Alex Newell as the Christmas ghost of the present and Mr. Fezziwig, is a new interpretation of the classic Charles Dickens Christmas Carol, adapted by Jack Thorne, who directed Harry Potter and the Cursed Child. Ends January 1st. Tickets from $ 40. Show days and times vary. Reports centertheatregroup.org.

Festival with the Dodgers

For the first time ever, the Los Angeles Dodgers will host the Holiday Festival at the newly renovated Centerfield Plaza at Dodger Stadium (1000 Vin Scully Ave., Los Angeles), where an outdoor skating rink will be installed on the field of play. . There will be entertainment each night with light displays, seasonal food and drinks, and the opportunity to take photos with Santa. Open from Friday to December 31; 5 to 10 pm Monday through Friday and 3 to 10 pm on weekends. Tickets starting at $ 16. Reports .mlb.com.

The Christmas celebrations return to Universal Studios (100 Universal City Plaza, Los Angeles) with their traditional Christmas in The Wizarding World of Harry Potter and Grinchmas. In the world of Harry Potter, the village of Hogsmeade celebrates with entertainment such as the Hogwarts Frog Choir singing a cappella in the village, the Magic of Christmas at Hogwarts Castle with its impressive light show. Meanwhile, the Grinchmas “Who-lebration” returns with its 65-foot-tall twisted Christmas tree in Universal Plaza, featuring nine man-made, the beloved Grinch, Max the dog, and the Who-ville Whos, giving shows on select nights. From Friday until January 9. Park hours vary. Tickets starting at $ 104. Universalstudioshollywood.com reports.

The other theatrical classic, Love Actually Live, returns to the Wallis Theater (9390 N. Santa Monica Blvd., Beverly Hills). The celebration of this multimedia concert, based on the film Love Actually, includes iconic scenes that are displayed on screens that travel through the set. It includes a cast of top singers and a live orchestra. They perform classics like “Christmas is All Around”, “Trouble With Love” and “Both Sides Now”. As of Saturday; functions from Tuesday to Sunday with different schedules. Ends December 31st. Tickets from $ 35. Reports wallis.org