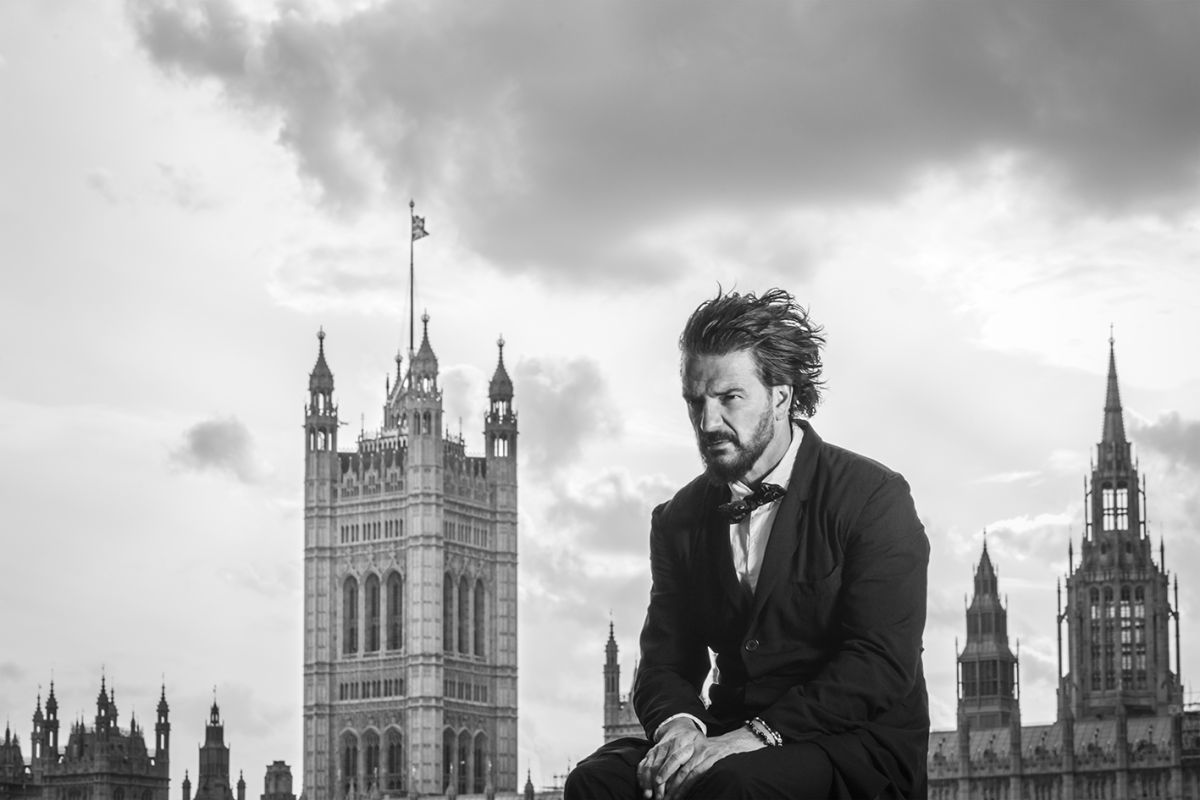 Ricardo Arjona at the Prudential Center
Ricardo Arjona is on tour and this weekend he arrives in our area. The Guatemalan singer-songwriter is one of the most successful Latin American artists with more than 80 million records sold. His “Blanco y Negro” tour, the name of his last two albums, highlights his 40-year musical career with sounds ranging from ballads to Latin pop, rock, pop rock, Cuban music, a cappella performances, a mix of Tejano music and northern music, among other sounds. Throughout his career, his music has addressed and continues to highlight themes such as love, sexuality, violence, racism and immigration. He will have two presentations at the Prudential Center (25 Lafayette Street, Newark, NJ 07102), the first this Friday at 8:00 pm and the second on Sunday the 22nd at the same time. Tickets: https://www.ticketmaster.com

The Lehman Center for the Performing Arts (250 Bedford Park Boulevard West, Bronx) will be the stage for singer Manny Cruz’s debut in the United States. The new international musical sensation from the Dominican Republic will surprise the public with this very special performance. Manny is already a four-time Latin GRAMMY Award nominee, singer, songwriter, and star of bachata, merengue, and pop-ballad music. His songs “Sabes Enamorarme”, “Dime Pa ‘Que”, “Tarde”, “Supernatural”, “Bailando Contigo”, and more recently “No Me Lo Creo” with Eddy Herrera, have made him a favorite in the Dominican community. The night will also feature a very special guest performance by the NYC Group Urbanda. At 8:00 pm. For tickets and information, visit: https://www.lehmancenter.org/manny-cruz or call (718) 960-8833.

Gera MX will rap at the Irving Plaza

Mexican rapper Gera MX arrives with his Triple Four Tour at Irving Plaza (17 Irving Place New York, NY 10003), this Friday at 7:00 pm. The Latin artist, born Gerardo Daniel Torres, is surprising with his first national tour in the US and with his first appearances at major festivals in the last two years. “His lyrics by him have a singular signature style; while he speaks mostly to his experience on the streets, it gives him an elegant and elevated undertone,” says Live Nation’s press release announcing the tour. “His main music genre of his is Hip Hop, but he still keeps it pretty versatile. Gera Mx can work with any rhythm and turn it into a hit, from the most Californian boombap to a cumbia”. Information: https://concerts.livenation.com/

World Premiere of Monk with Key

Presented as part of the Ertegun Jazz Concert Series, Jazz at Lincoln Center Orchestra bassist and music director Carlos Henríquez will conduct the world premiere of Monk con Clave at the Rose Theater this Friday, May 20 and Saturday, May 21. May at 8:00 p.m. This new music debut is inspired by the melodies and syncopated rhythms of the brilliant composer Thelonious Monk, recognized as one of the most inventive pianists of any musical genre. A native of the Bronx, Henriquez is a rare virtuoso in both jazz and Afro-Cuban traditions, and has been playing with such greats as Tito Puente, Eddie Palmieri and Celia Cruz since the age of fourteen. The show will feature a special guest, Pedro Pablo “Pedrito” Martínez, who was born in Havana, Cuba and is an accomplished master of Afro-Cuban folk music and the batá drum. In addition, Monk con Clave will also feature special guests such as Michael Rodriguez (trumpet), Anthony Almonte (voice and percussion) and Osmany Paredes (piano). The Rose Theater in Frederick P. Rose Hall is located on Broadway and 60th Street. Tickets are available at jazz.org/monkconclave

The fires return to the Bronx with “Torched”

The Pregones/PRTT Theater presents the new version of “Torched”, a play that tells of the now legendary era of the Bronx fires during the 1970s, bringing to light stories of survival to expose the infamies of the business of fires set for profit. Alternating from past to present and throbbing to the sounds of salsa and hip hop, the show is part investigative theater and part poetic fiction, presented by Pregones/PRTT’s Latinx cast of ten actors/musicians. Conceived and directed by Pregones/PRTT artistic director Rosalba Rolón, with original music by Pregones/PRTT musical director Desmar Guevara, this new work brings to the fore human stories that are often swept under the rug. From May 19 to June 12 at the Pregones Theater (575 Walton Avenue, Bronx). Information at: https://pregonesprtt.org/torched-spring-2022/

Battery Dance presents the world premieres of three choreographed works, each inspired by the painting and legacy of Hans Hofmann. For this interdisciplinary program, the company invited three choreographers, Saeed Hani, Tsai Hsi Hung, and Christopher Núñez, to respond to the artwork of Hofmann (1880-1966), one of the most influential painters and teachers of the 20th century. Each of the choreographers found distinctly different inspiration, including their poetic imagery, innovative painting techniques, and use of bright colors. Together, his three works embody Hofmann’s legacy of imagination and abstract expression. The premieres will take place at the Schimmel Center on Thursday, May 19 at 7:00 pm and Friday, May 20 at 2:00 and 7:00 pm. Tickets start at $25 and can be purchased online at hofmann.batterydance.org.

Eclectic pop artist José Conde is releasing a new album; ‘Souls Alive In The 305’ on May 20 and will celebrate in New York on Tuesday May 24 at Joe’s Pub (425 Lafayette Street, Manhattan). His new production is Conde’s ambitious second solo album recorded between Brooklyn and Miami in a span of five years produced by him with co-production help from Miami legend DJ Spam (Andrew Yeomanson). Featuring musicians and singers from Miami, New York and San Diego, along with Conde on many instruments, the album’s 10 songs express a wide range of moods and continue Conde’s ability to blend rhythmic elements of genres seamlessly into lyrical songs. memories rooted in love. and fascination with nature, and appreciation for the absurd, existential exploration, and his own Cuban-American reality. More information about the show at: https://publictheater.org/productions/joes-pub/2022/j/jose-conde/

Enjoy the upside down world of “Stranger Things”

Through a narrow twisted corridor of reddened roots, you enter the upside down world (The upside down) of the fantastic series “Stranger Things”, an immersive experience that the Netflix platform wanted to recreate in New York. Mounted in an industrial building from the old shipyards in the Duggal Greenhouse (63 Flushing Ave, Building 268, Brooklyn), the experience reconstructs the entrance and interior of the infamous “National Laboratory”, where a sign welcomes the fictional town of Hawkins, “the best small town in the United States”, where the plot of the series takes place. The price of the immersive experience, which will be open in New York until July 31, starts at $54 per person. More information: https://strangerthings-experience.com