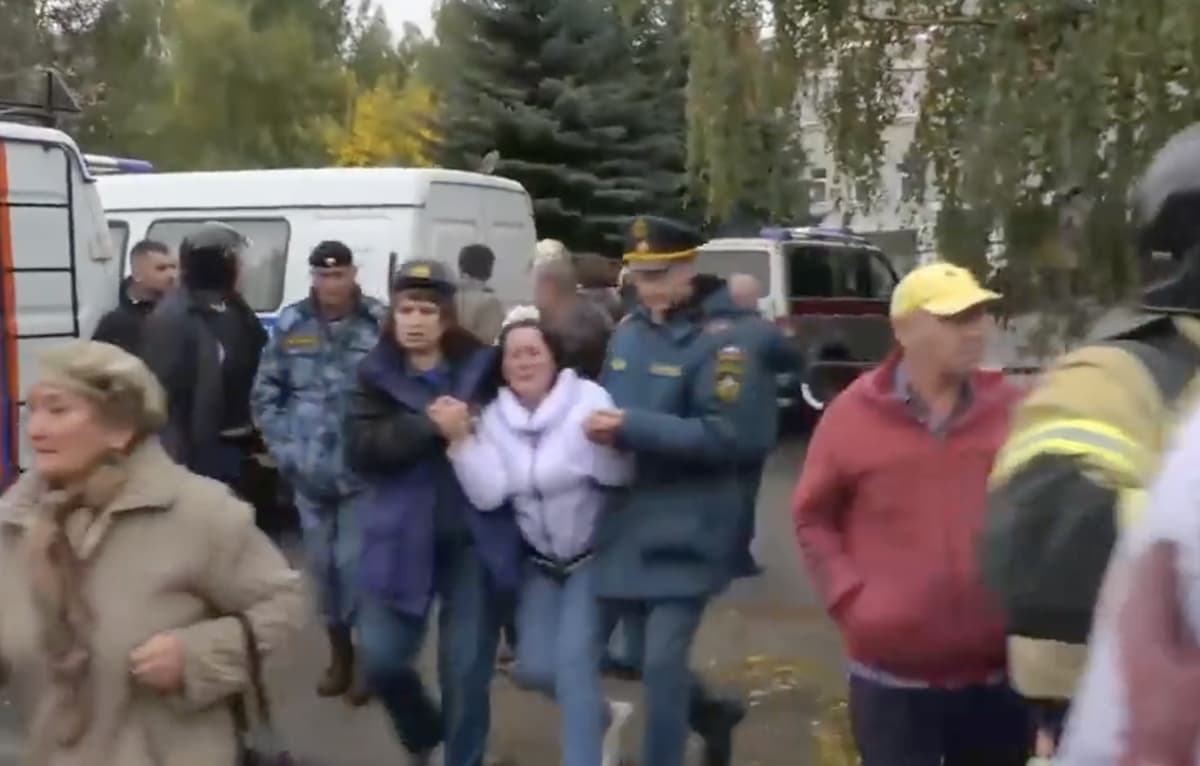 The head of the Udmurtia region in Russia, Alexander Brechalov, reported on his Telegram channel that special services representatives and an ambulance are working near school No. 88 in Izhevsk.

“According to the situation at school 88: (…) all special services, an ambulance are working on the spot. I arrived at the scene, I will promptly report on everything that happens,” he wrote, without offering more details. The school is designed to host 982 students and employs 80 teachers, according to the educational institution’s website.

Videos on local social networks show police cars, ambulances, and people in uniform near the school. The video also shows children leaving the school and carrying out a stretcher with someone lying on it.

Later on, the press service of the department said, “Today, the police received a report about a shooting at school No. 88 in the city of Izhevsk. Police officers immediately left for the scene. Measures are being taken to detain the suspect.”

Information about the victims is being specified.

The press service of the Ministry of Education of the Russian Federation, in turn, reported that representatives of the ministry went to Izhevsk.

It is noted that the work is carried out in close cooperation with law enforcement agencies.

“In Udmurtia, today there is a tragedy in Izhevsk at school 88. While an unidentified person entered the school and killed a guard, this is already known. There are victims among children and wounded,” Alexander Brechalov said in a video message.

The evacuation at the school had already ended when recording the appeal. Representatives of emergency and law enforcement agencies work in the building. Brechalov said the suspected shooter committed suicide.

Earlier, the Ministry of Internal Affairs of Udmurtia reported that they were trying to detain the shooter.

Six people were killed, and another 20 were injured in a shooting at school No. 88 in Izhevsk, the press service of the Ministry of Internal Affairs for Udmurtia reported.

“Currently, the police found the body of a man who opened fire. According to reports, he committed suicide. At the moment, six people are known to have died and about 20 injured from his actions. The information is being specified,” the message published in the official telegram reads.

The shooter has yet to be identified, he added.